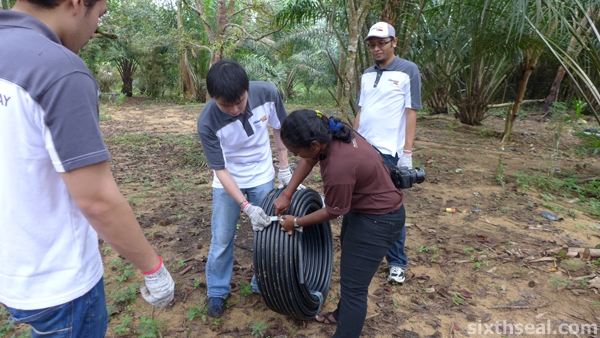 I went to Kampung Jemeri last weekend for the Water For Life CSR (Community Social Responsibility) program, which provides Orang Asli with access to uninterrupted water supply. Kampung Jemeri in Kuala Rompin, Pahang is about a 6 hour drive from KL and does not have one of the basic necessities of life – clean water. 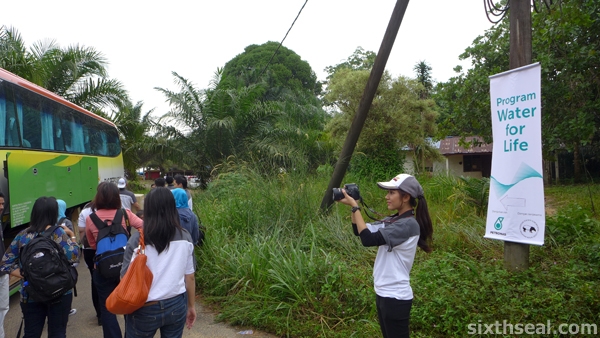 The entire Orang Asli village has to draw water from a very old pump and when it runs dry, they have to walk half a kilometer to draw water from the well and on days when the water supply was low, they had to make an incredible 5 km trek to reach the nearest river! 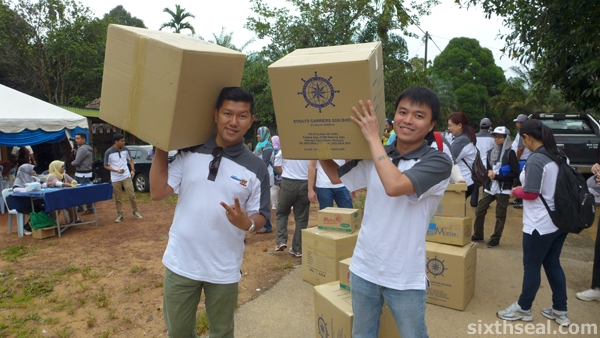 Water For Life is a venture of PETRONAS Dagangan Berhad (PDB) and Malaysian Nature Society (MNS) to ensure that the 131 families in Kampung Jemeri has a clean and safe water supply. The second phase involves 40 of us from PDB to help them install a rainwater harvesting system. 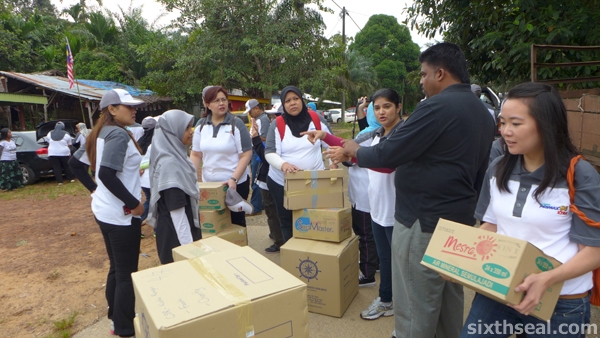 I’ve been to quite a few kampungs in my time but never to one where water is such a scarce resource! Long houses for Ibans in Sarawak is usually built close to rivers to that isn’t a problem. However, the Orang Asli here doesn’t even have a steady supply of that! 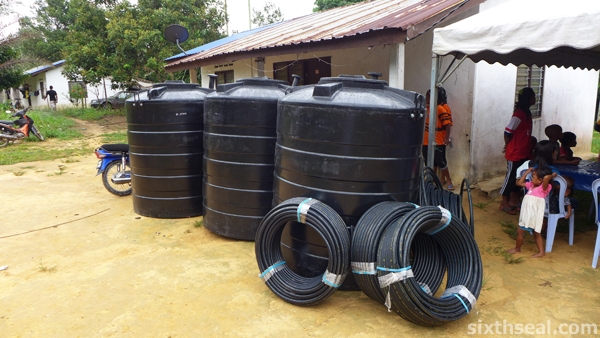 It was quite a pleasure to help them in this – we were all issued heavy duty gloves and a wristband to indicate which of the 4 large 400 liter water tanks we will be assigned to. 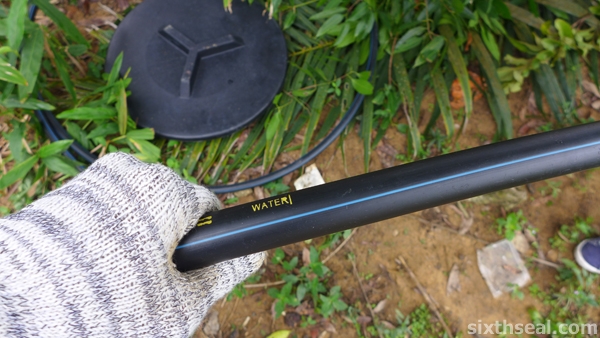 The large tanks are installed in sections throughout the main dirt road of the 131 Orang Asli families in Kampung Jemeri to provide easy access to water for all. 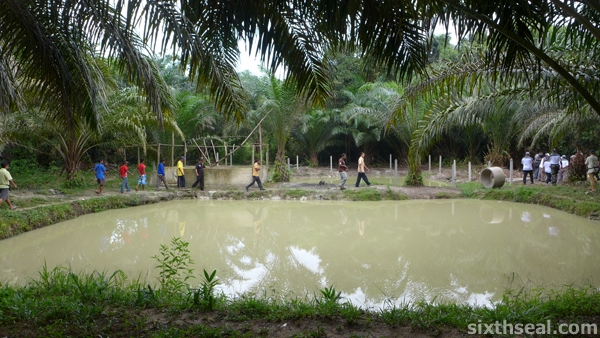 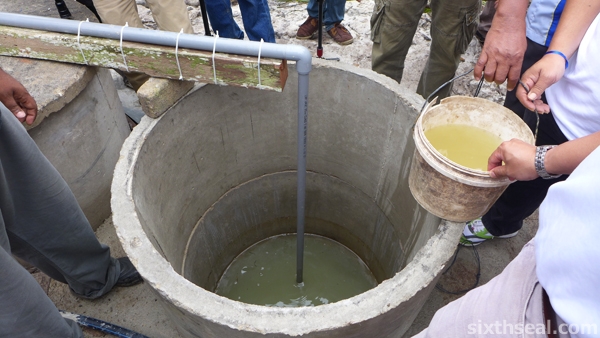 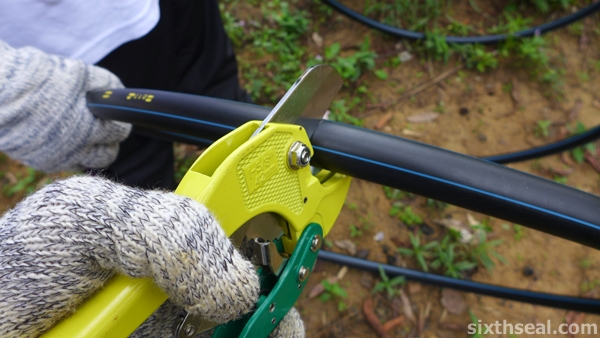 It is then sent up through a system of 100 meter pipes to the other tanks to allow everyone in the village easy access to water – right at their doorsteps. 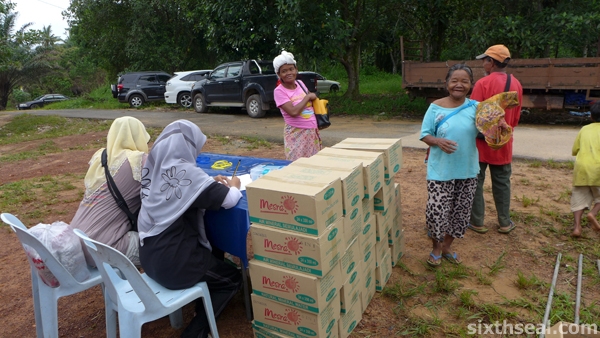 I was assigned to the very last water tank and we hefted it all the way to the rear of the village and did all the installation to accept the sequential water from Tank 1-3. 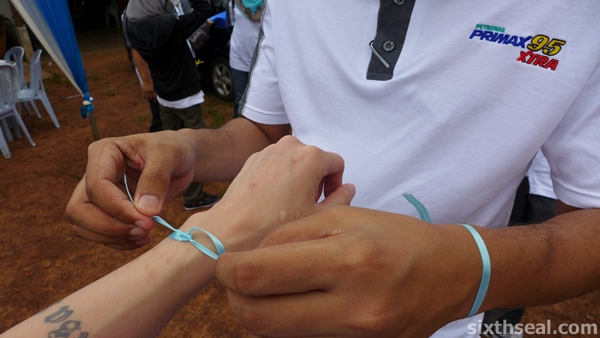 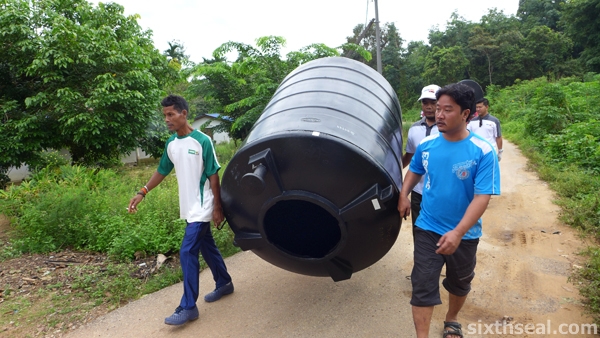 Hauling the water tanks into the village. 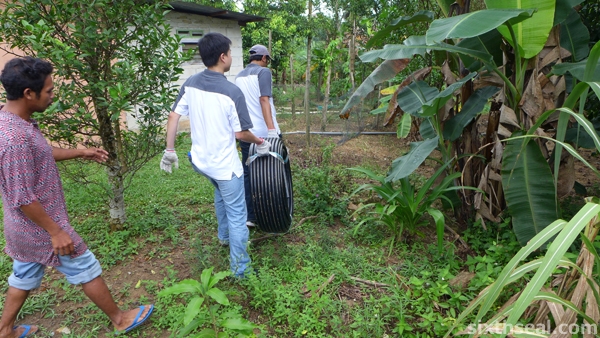 Since we’re at the last station, we had to first run the PVC pipe to the third water tank to hook up with them. I was surprised to find out that behind the dirt road is primary jungle! 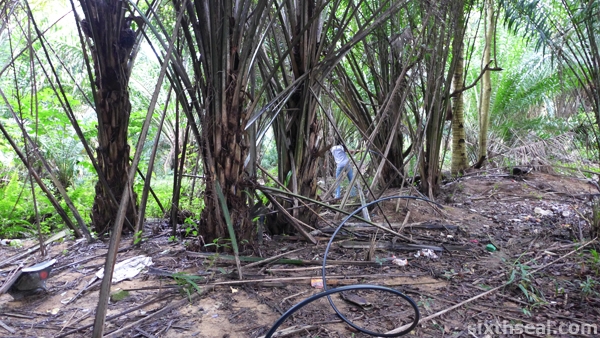 I got quite a few mosquito bites from that but it’s all good fun. 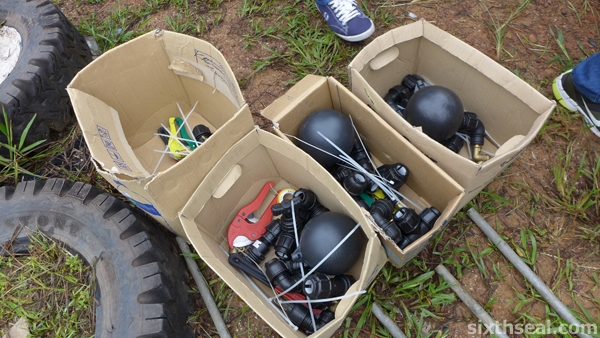 We also had a toolbox which contains cutters and all the piping necessities to build the rainwater harvesting system. I assigned myself to hook up the piping to the tank itself… 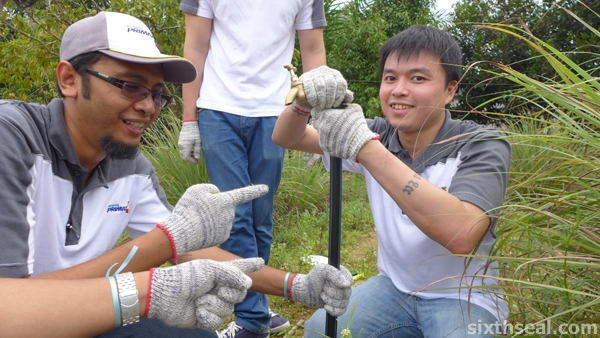 …and also the last mile where I joined the PVC piping to a steed rod and a pipe with a lot of help. 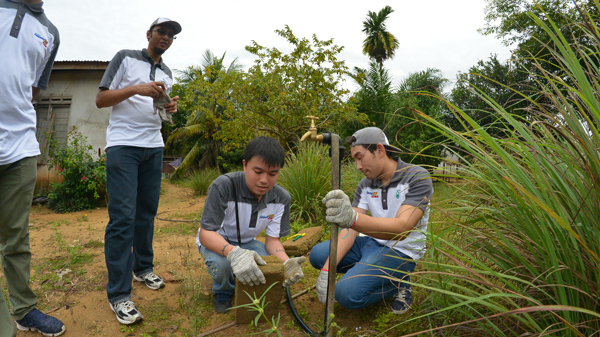 The box of tools has somehow been taken back to base camp, which is at least 500 meters away, and none of us wanted to make the trek back (which would tell you how far the villagers have to go for water every single time they wanted it – and get it back) so I used a huge stone to bang the steel pipe into the hard packed earth. 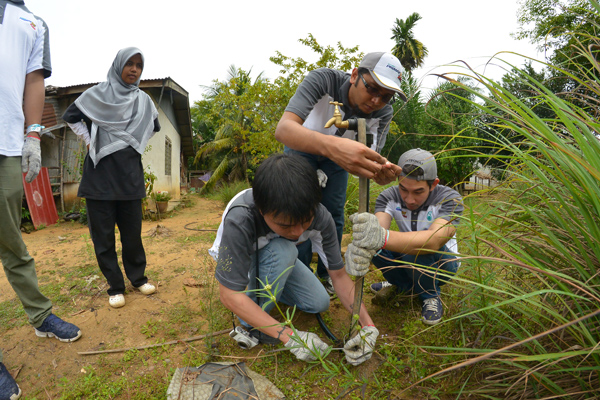 It worked even better than a hammer! The principle is much like that of piling in construction. I hefted the rock and let it go while another guy from PDB held it steady. In a minute or so, we managed to drive the entire steel rod in to hold the rest of the PVC and pipe! 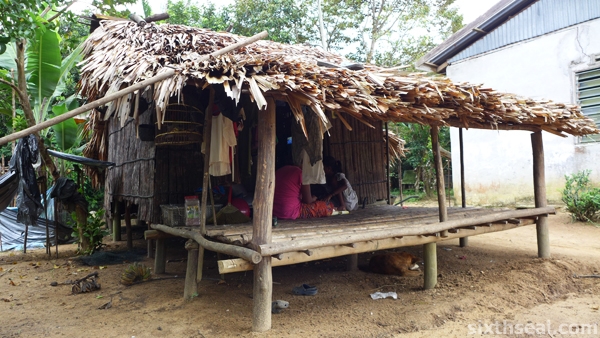 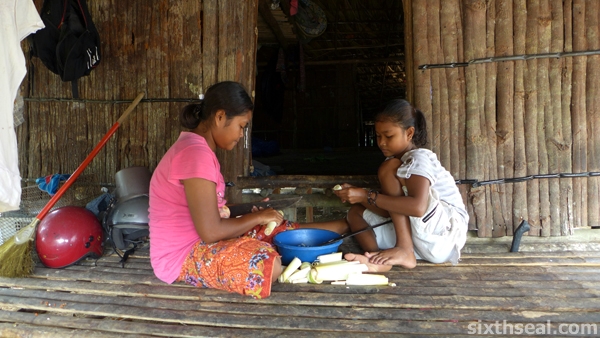 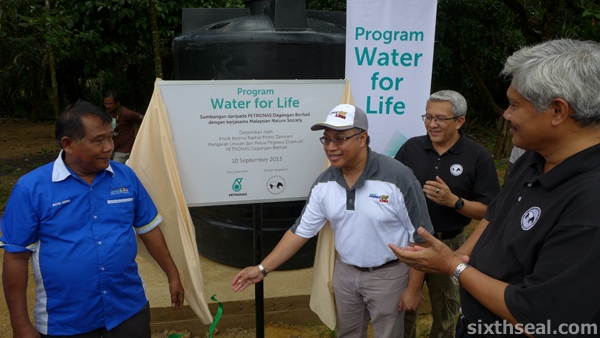 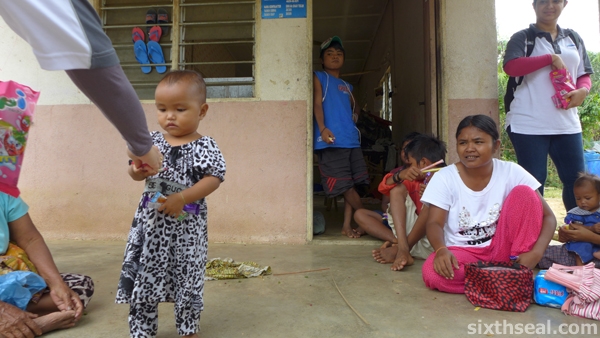 Handing candy out to the local kids. 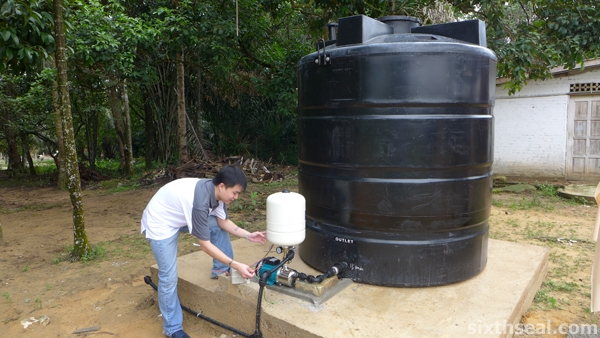 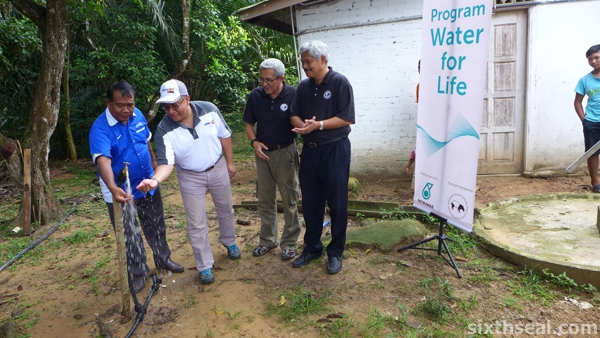 …so all that was needed is to wait for the 4 tanks to fill up. 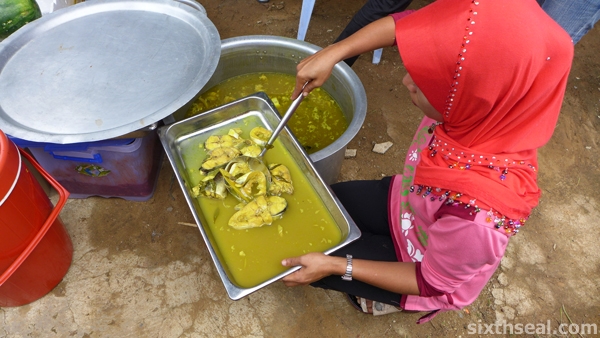 The Orang Asli villagers at Kampung Jemeri held a veritable feast for us, with local delicacies like ikan tenggiri masak tempoyak. There’s also a fiery sambal that Dina asked me to try and I immediately got hooked on. I ate a lot of that homemade sambal with ulam (raw vegetables). 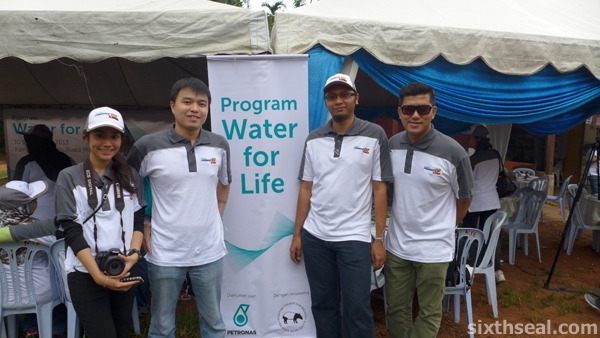 However, the best part of the day was getting dirty and sweaty in helping these less fortunate folks get one of the basic necessities of life – water. 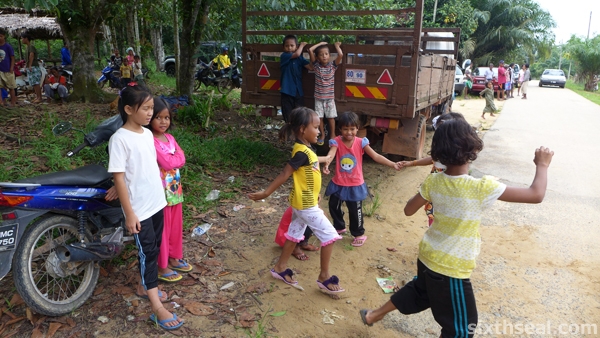 I’ve gotten a glimpse of how the Orang Asli in Kampung Jemeri lived and I’m glad I was part of the Water For Life initiative to help then get clean access to water. 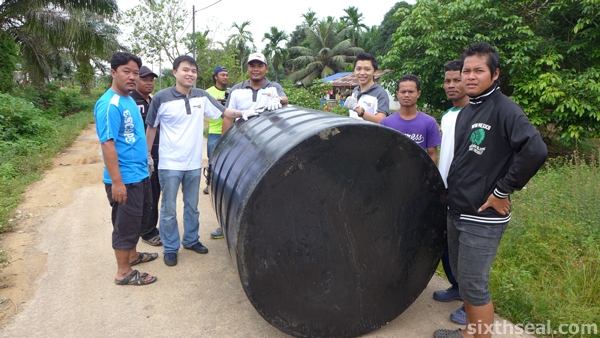 It’s a very good feeling, doing community work like this.