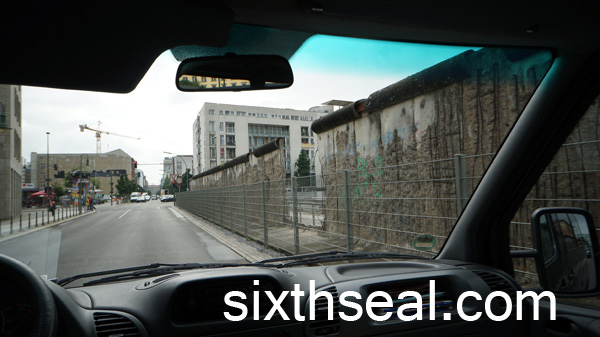 “Niemand hat die Absicht, eine Mauer zu errichten!” (No one has the intention of erecting a wall!) – Walter Ulbricht 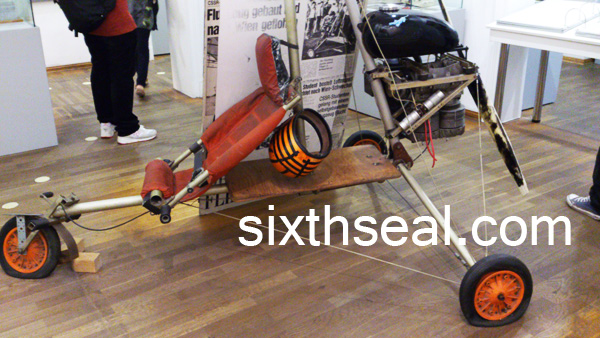 I went to Germany last year and our last stop before Frankfurt was Berlin. This is the birthplace of the (in)famous Berlin Wall. It was built in 1961 to separate the socialist East Germany from the democratic West Germany. Confusingly, the socialist East Germans called themselves the German Democratic Republic but in effect, the Berlin Wall split Berlin into two parts – East Berlin and West Berlin. 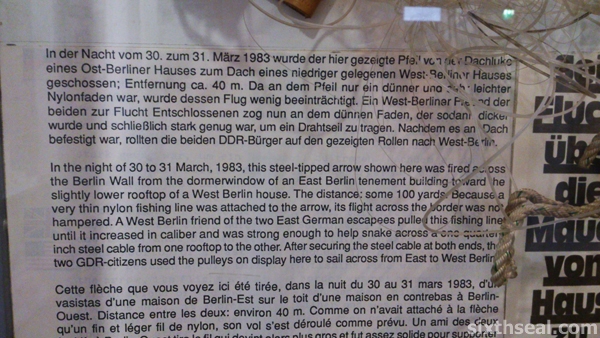 Using a arrow with a fishing line to escape… 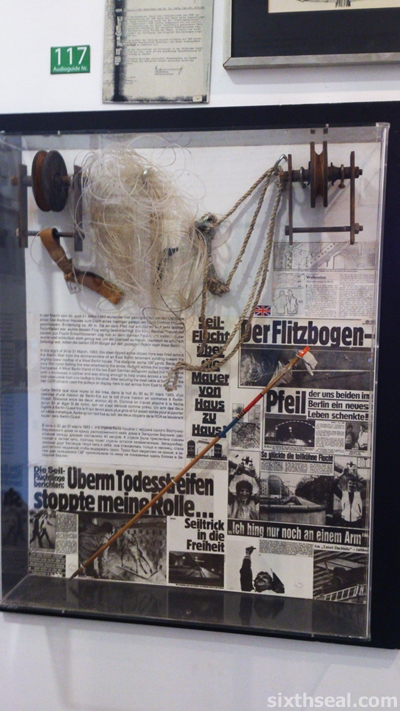 …with the original contraption here.

You can read more about the politics behind it in Wikipedia but for people on the ground, it just created two different versions of currywurst.

I’m kidding, it had a lot of watchtowers, death zones and creative people smuggling methods but nowadays, it’s just another tourist trap which you need to pay to have your photograph taken. It is however, a very interesting tourist trap. 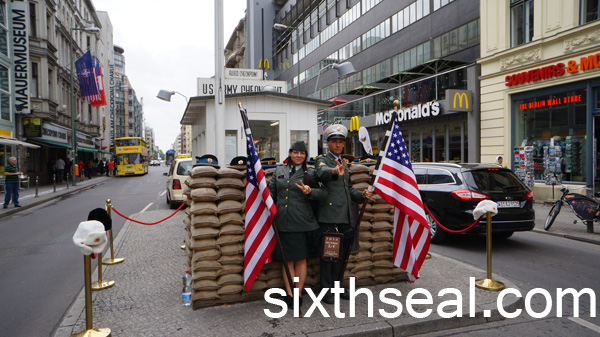 I’ve also been to the Korean DMZ but the important difference between the two is that one of them has been brought down (no the DMZ is perfectly intact). 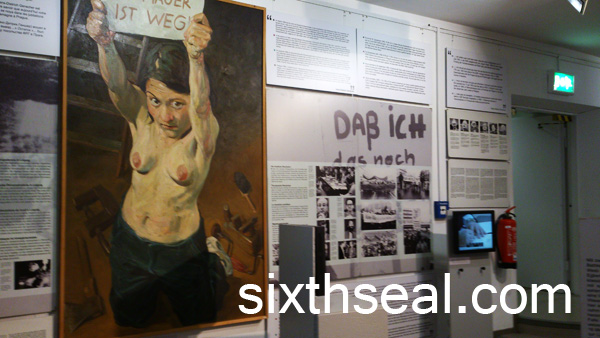 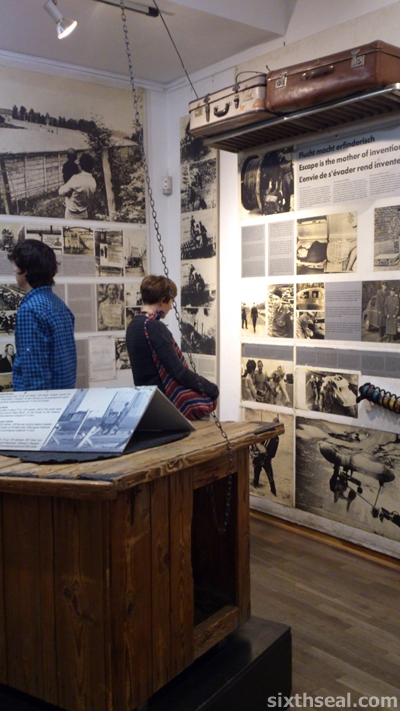 I went to the Museum Haus am Checkpoint Charlie – also known as Mauermuseum (The Wall Museum) – and surreptitiously took a couple of photographs. You’re not supposed to but then again it’s not enforced so I just took a couple of non-flash pictures. 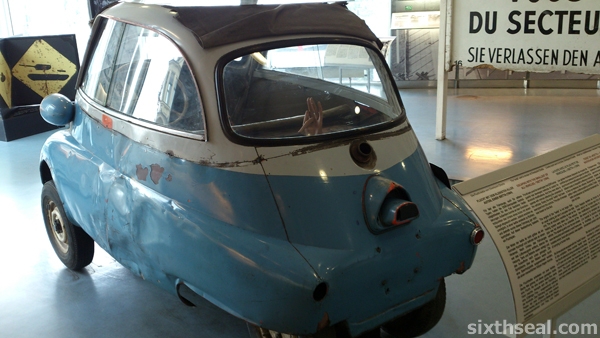 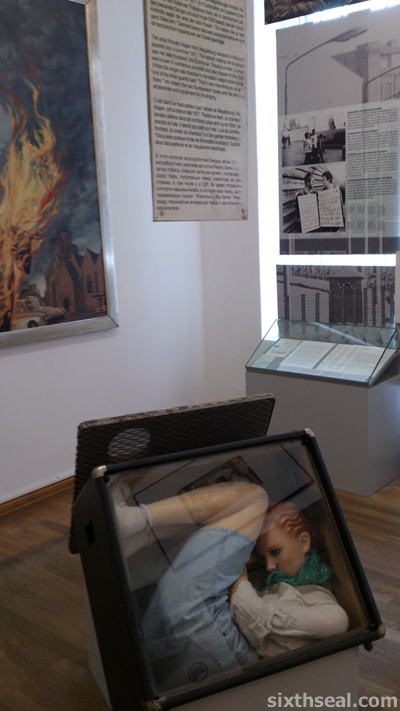 There were people packed in suitcases! This is a life-sized example and I can imagine how desperate the people were to escape to subject themselves to this. Some of these suitcases were hand-carried through (!!!) while some hidden between real luggage in the boot of a car. Keep in mind that if you get caught, you do not pass Go and you certainly don’t collect $200 dollars. 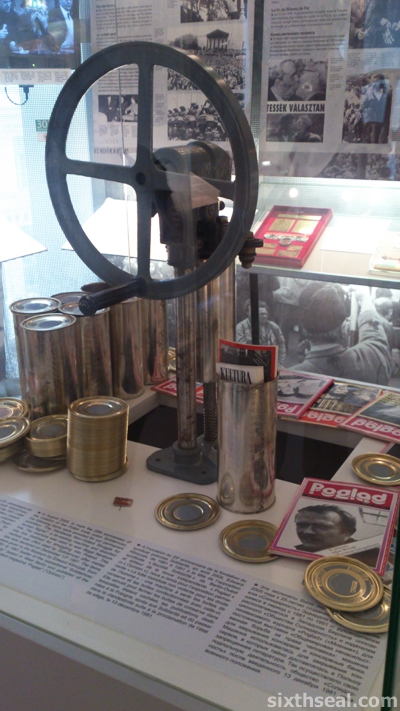 Banned illegal literature were also smuggled the other way (West Berlin to East Berlin) via canned goods, which were actually empty. This is the actual canning machine and cans used at that time – it was donated to the museum like the other exhibits. 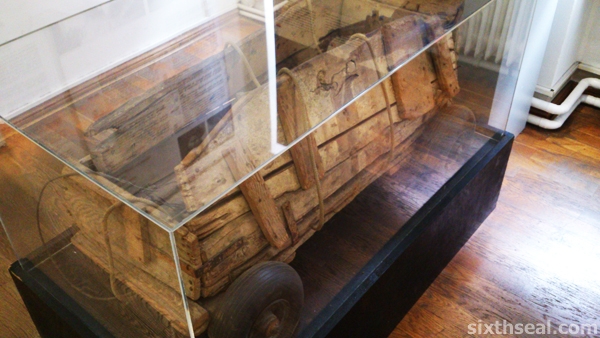 The most interesting thing about this museum is that they had all the actual suitcases, cars, and even planes that people used to circumvent the Berlin Wall! 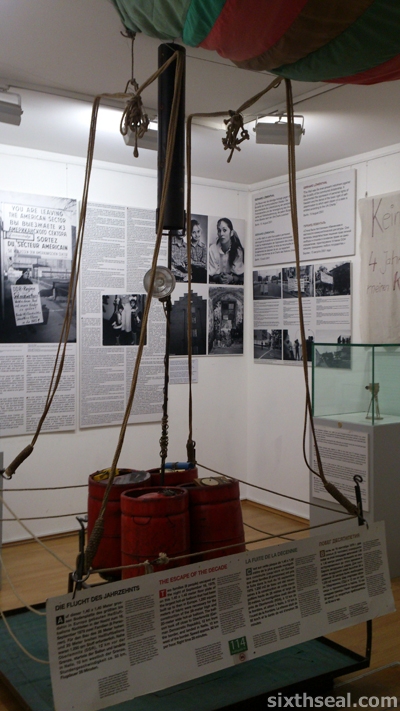 There’s even a successful attempt by hot air balloon (a homemade one stitched out of nylon to boot) which brought 2 families (8 people) over to West Germany in a 28 minute flight. 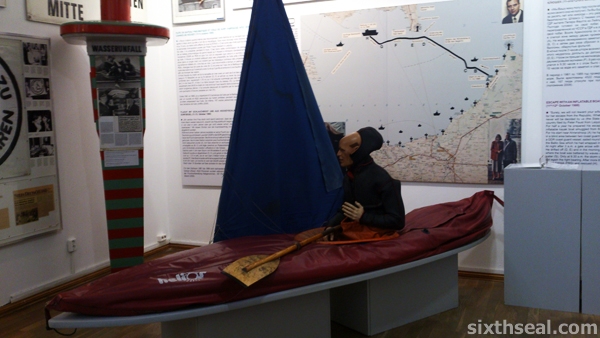 One dude even attempted to kayak through the patrolled waters. The “kayak” was made of inflatable material, with aluminium foil to er, foil radar, and the sail was built of hockey sticks! He succeeded. 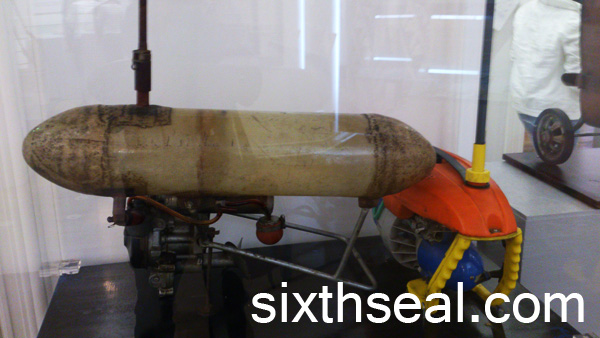 Another interesting water escape was done with a home-made mini submarine. It’s the first of it’s kind in the world, an internal combustion engine powered by gasoline. The guy who built it was a 28 year old chemical worker who took a year to build the sub. Bernd Bottger was hired after he escaped via heavy seas and apparently a lot of the mini subs now is based on his design! You know, the propelling subs you see in James Bond films – this guy invented those with several patents to his name! There are sports/rescue models doing 6 mph and military ones nowadays hitting 11 mph using this design. 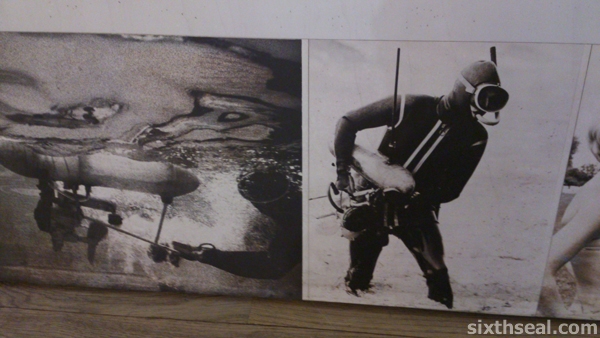 However, the thing that I found most amazing is a family of four that escaped with a totally wacky home made plane. This “plane” is made up of all sorts of junk – the father made a seat, hooked up a car engine (!) to a propeller, put a piece of plywood for his wife and two children, donned a helmet and wished for the best. 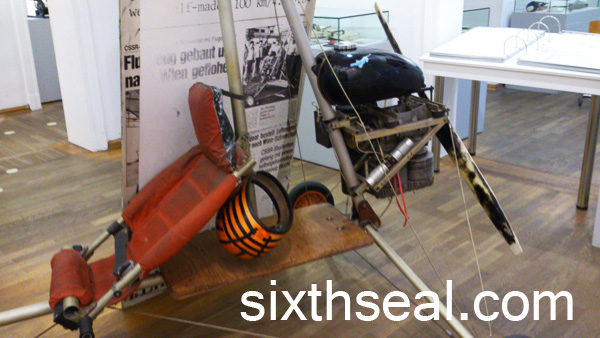 The “plane” is still in the museum. 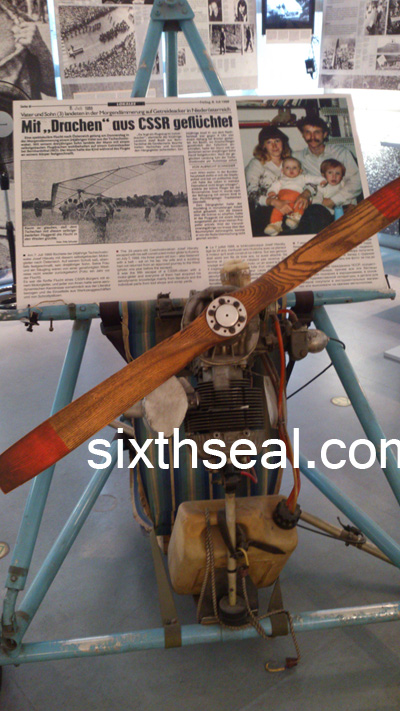 I bought two pieces of original Berlin Wall fragments with documents of authenticity. One of them is in my home in Sibu. It’s just pieces of rock but it comes with a blue certificate and a booklet about the Berlin Wall – perfect piece for coffee table or mantle. 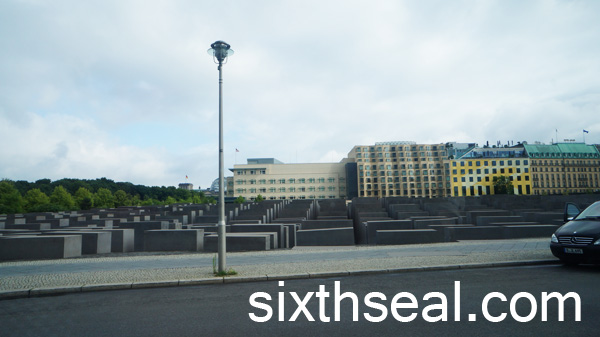 The Gedenkstätte Berliner Mauer (Berlin Wall Memorial) is a much more interesting place to go – you can see the horrors of what actually happened (which is no joke, a lot of people died trying to sneak over and you can see how hard it is to actually make the crossing). 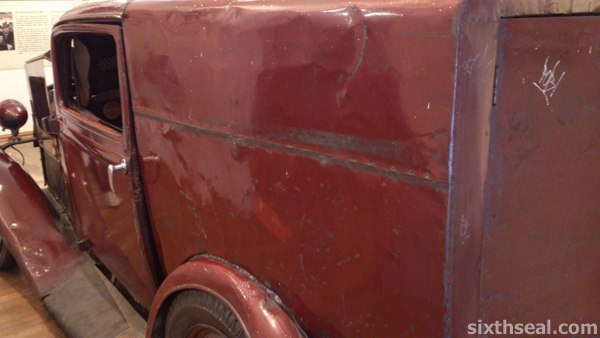 However, in the spirit of democracy (and it’s partner commercialism) I also went to Checkpoint Charlie to get my photo taken. This is the only border crossing in the Berlin Wall which allows foreigners (diplomats like Americans) to cross. It’s now staffed by Germans in Allied uniform and what the online trip reports tell you is true. 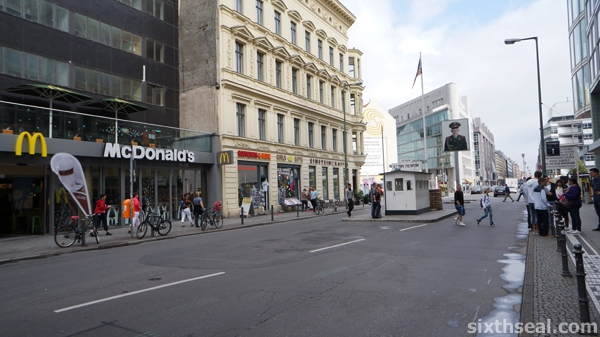 They don’t allow people to take photos without paying up first. They’ll use the huge American flags to cover the checkpoint and themselves if you attempt to take a photo. No kidding! However, for a small token payment they’ll be happy to give you a cap and pose with you. I paid 2 Euros for a photo op. 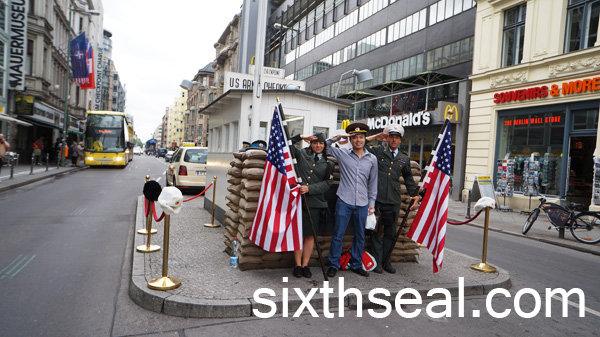 A fellow traveler took this one for me. A lot of other people tried to take opportunistic photos and the two guards even covered *me* with the American flag (including themselves and the checkpoint) all the while shouting “No photos without payment” or something to that effect. 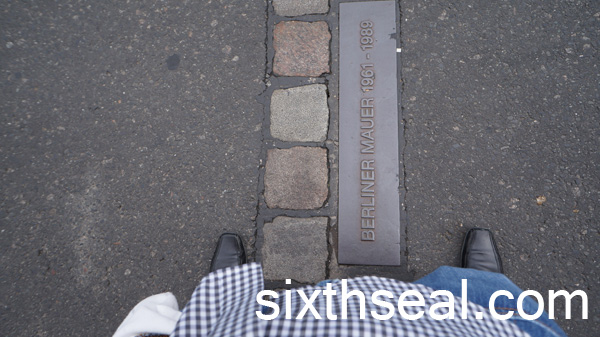 It seriously took me 5 minutes just to get my photo taken coz they cover everything up whenever someone tries to take a photo so my friend had to get it during the lull (and they had to verify with me that she was indeed the person that was designated to take my photo). 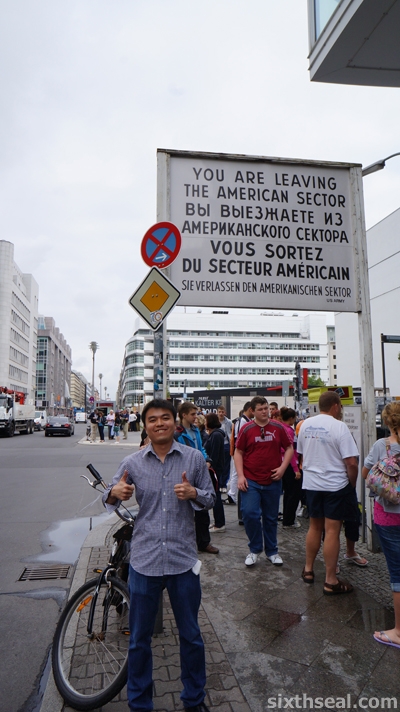 All this for just a couple of Euros. That’s what the Berlin Wall has come to but it is a highly entertaining place – both blue cheese kitschy and drop dead somber at the same time. I highly recommend a visit if you’re in Berlin! 🙂

20 thoughts on “My visit to the Berlin Wall”