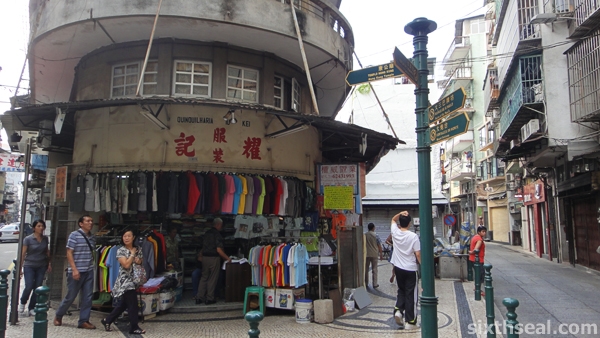 I’ll love to go to Macau again! There’s so much to do there, and I’ve never actually spent a night in Macau. Heresy, I know! The last time I was there was on a day trip, we took the ferry (actually a fast water-jet propelled boat) from Hong Kong and back. That was in 2011 and a lot of my interests have changed since then.

I was looking for the renowned Seng Cheong crab porridge in Macau the last time I went. It used to be MOP 180 (about RM 70) per bowl and it comes with a whole crab. I also ate a lot of the food that they’re famous for like pork chop buns, ginger milk pudding… 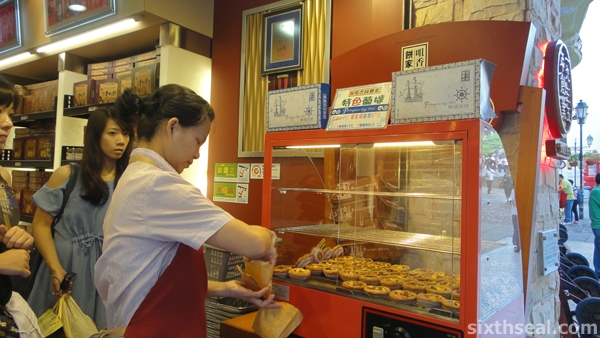 …and of course, the Portuguese egg tart.

However, Macau serves up a lot of international cuisines too. There are 11 Michelin Star restaurants in Macau as of 2014 and two of them holds Three Michelin Stars – Robuchon au Dome and The Eight at Grand Lisboa Hotel.

My better half and I loves dining at different Michelin Star restaurants around the world and we’ve never been to one in Macau! I’ll love to book a table for two at The Eight, it has just been promoted to Three Stars this year!

In addition to that, there are also nine Bib Gourmand restaurants in Macau. These are always good restaurants to go to check out – always liked the idea of visiting an up and coming restaurant getting One Star the next year. 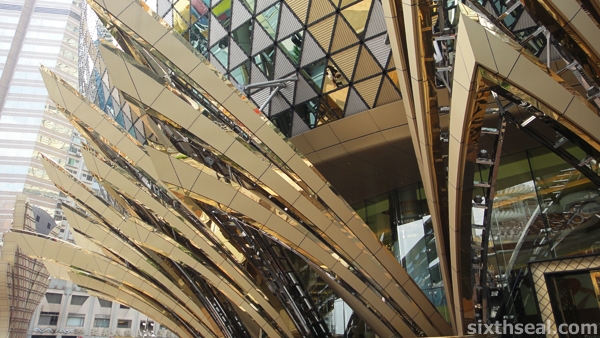 There are people who make special trips just to eat at different Michelin Star restaurants around the world, or plan their travels around reservations (like us), if you’re one of them, Macau should definitely be on your itinerary! 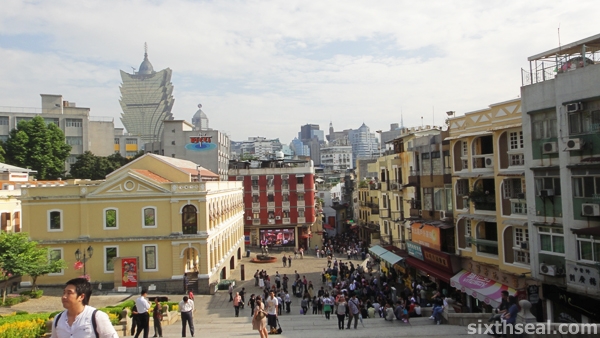 Macau is distinctively unique as a cultural destination since the Portuguese was a huge part of her history and left an indelible mark. It’s unlike any other Far East Asian destinations!

You can see this in the architecture in Macau. A lot of the famous landmarks are from the time of Portuguese settlement and that makes it a very unique destination for travellers who like culture. 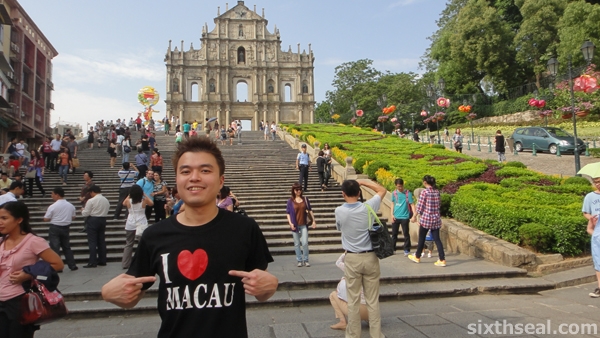 One of the most iconic places is the Ruins of St Paul’s Cathedral. This is a favorite for visitors to take “I was here” photos and it can be really crowded at times. However, most people don’t venture beyond the steps, there’s actually a lot of fun to be had in going into the ruins. I strongly suggest that you take the time to explore each place instead of just posing for a quick picture and moving on. 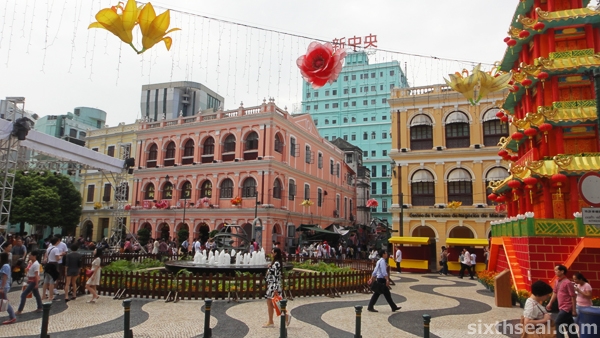 Pro tip: I’ve seen a lot of tourists do that and it actually goes against the entire ethos of travelling – you go for yourself, to enrich your mind, and to experience new things, not to prove that you’ve been there by taking a selfie to put in Facebook/Instagram/Twitter. Take the time to stop and immerse yourself in your surroundings instead of looking through your dSLR/smartphone for that “perfect picture” and end up spending the majority of your trip updating your social media channels – that can wait till you come back. 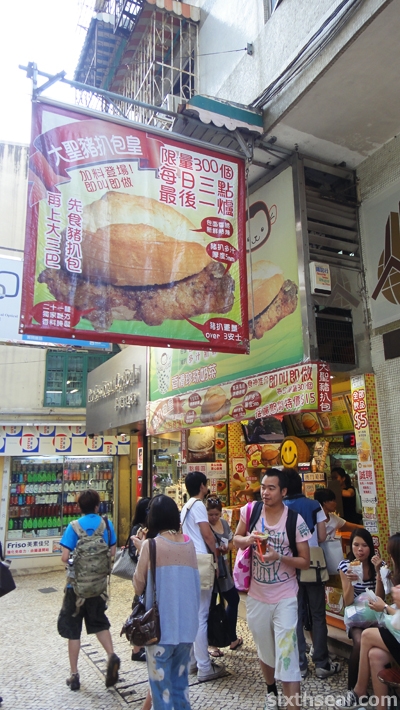 Macau actually offers a lot of different experiences for different people. You’ll be surprised to hear that if you just think Macau is all about gaming. The highest bungee jump in the world is the Macau Tower Bungy Jump at 233 meters! They also offer the second highest skyjump in the world (contrary to popular belief, the Vegas Stratosphere does not offer true bungee jumping, it only has a skyjump). You’ll love the experience if you like anything that gets your adrenaline going!

If you prefer performances and theatre, The House of Dancing Water is a must-see. This USD 250 million extravaganza is housed in a purpose-built theatre designed with a record-breaking 3.7 million gallons of water – it’s received a lot of praise from critics and the public alike and I’ll love to catch this epic love story by Franco Dragone someday! 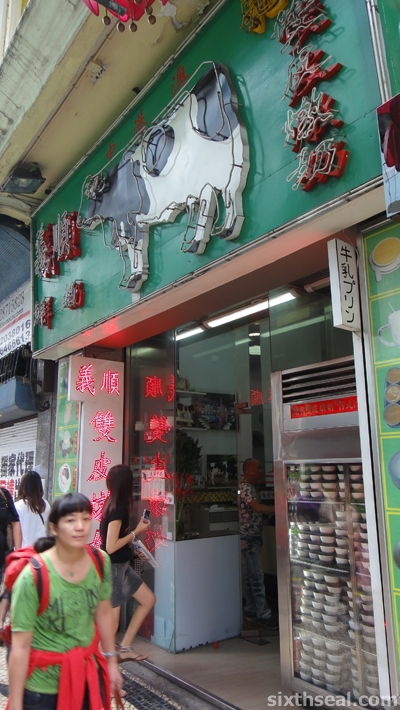 There’s all year round events and festivals, UNESCO World Heritage Sites, different cuisine appealing to all price ranges, entertainment from theatres to adrenaline pumping bungee jumping, and best of all it’s visa-free for Malaysians! 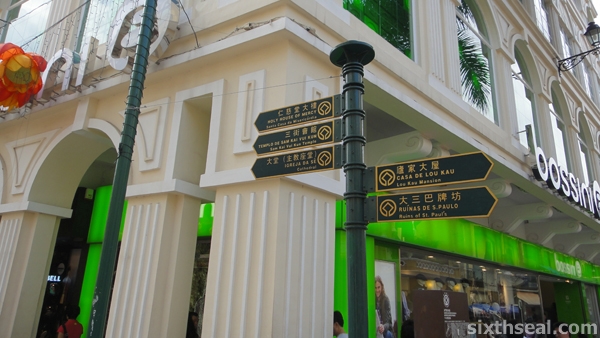 That’s the true beauty of Macau – there’s really something for everyone! You can get the chance to win a 3D/2N trip to Macau just by blogging! Write a post about three amazing things about Macau that makes you want to visit and why you should be selected as the winner and stand a chance to win an all-expenses paid trip! Get writing and submit your permalink at the Nuffnang blog post to win! 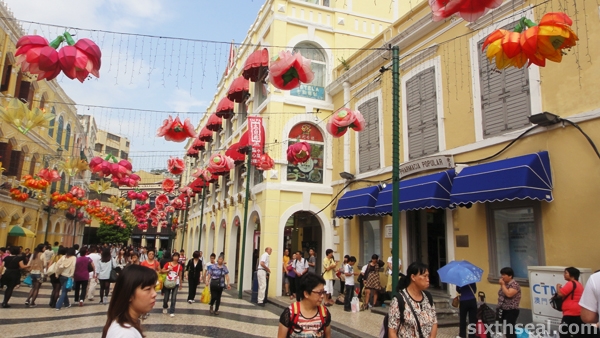 I’ll love to go again since there’s so many things that I missed the first time around (like dining at The Eight, the new 2014 Three Star Michelin restaurant in Grand Lisboa Hotel).