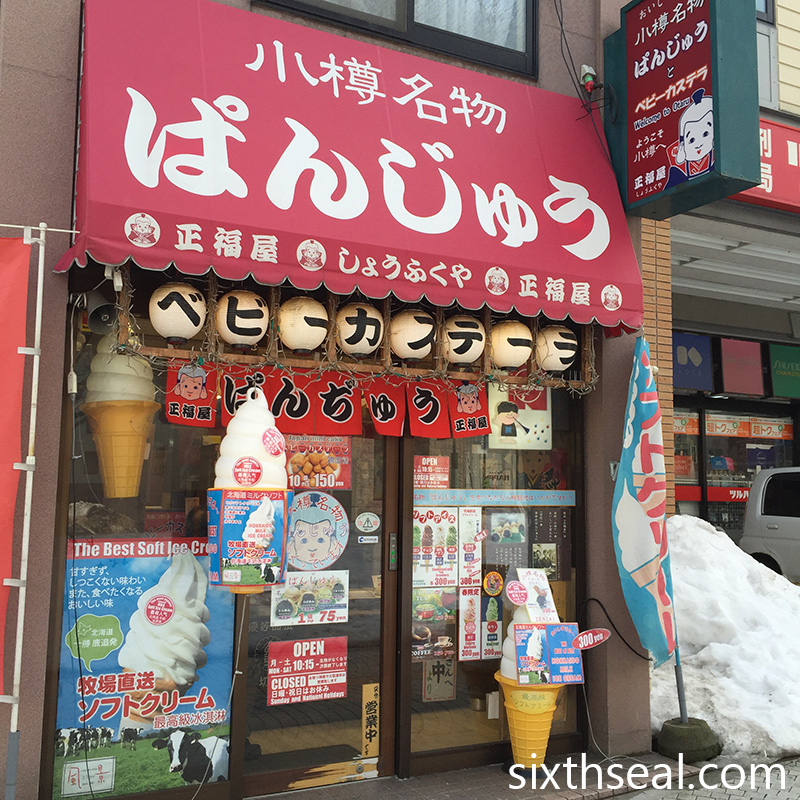 Hokkaido milk is loaded with one of the highest butterfat content numbers I’ve ever seen. The 4.8% milk fat from local cows is higher than any “whole milk” product in the US and Australia. It tastes more like half and half or cream. I was truly impressed by the extraordinarily creamy milk they have. Thus, when we passed by this little mom-and-pop ice cream parlor in Otaru, we immediately went in and got one…even though it’s the middle of winter. 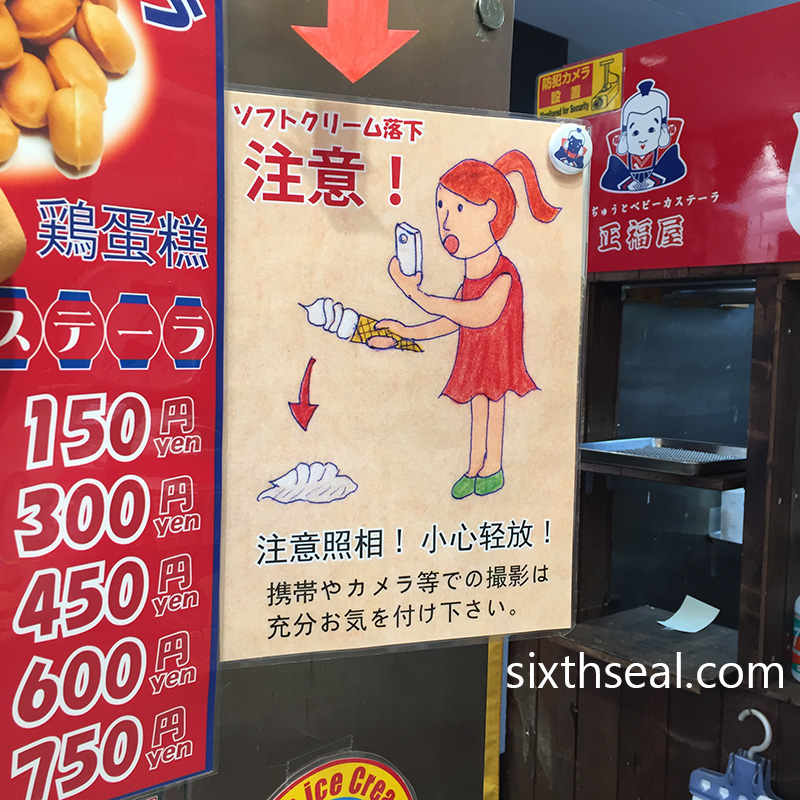 They even have a little sign out front which tells you to be careful with your cone should you take photos of it, lest it tip over. I found that hilarious, the lengths to which the Japanese go to be considerate is quite amazing. Of course, I’ve had Hokkaido milk before, but it’s the inferior 3.8% stuff they sell in Bangkok, Thailand. I’ve also had mind-blowingly delicious Channel Island milk while I was backpacking in the United Kingdom. 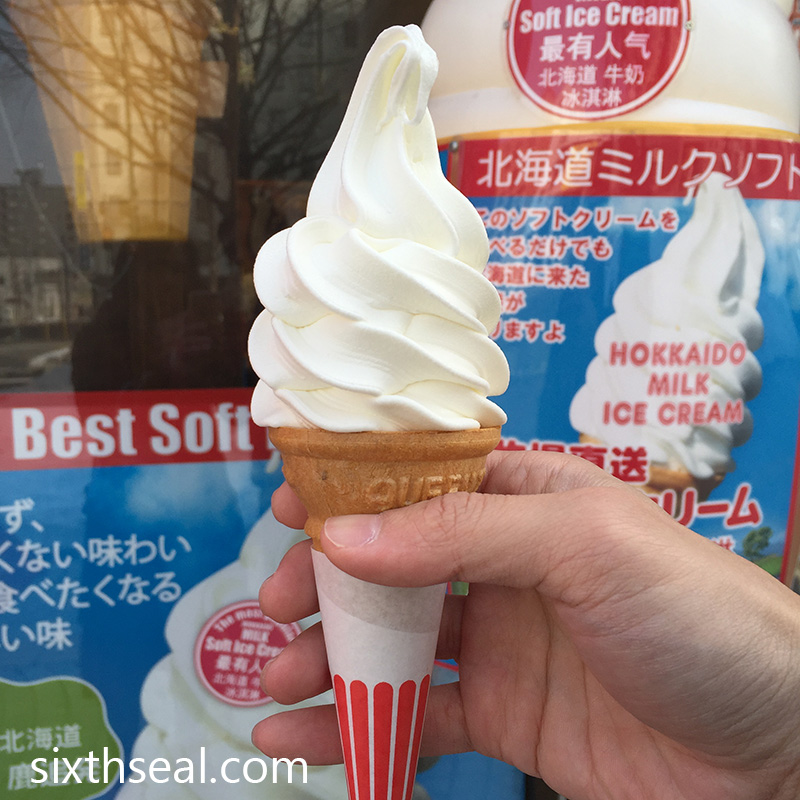 However, the ice cream made from Hokkaido milk in Sapporo is peerless. The best specimen we had was near Chitose when we just arrived, and the 8-flavor ice cream cone is pretty decent too. This one was slightly disappointing compared to those but at 300 JPY (about RM 12) you can’t really complain. It was still better than any ice cream I’ve had in Malaysia. The high milk fat in Hokkaido milk makes the ice cream taste so creamy and rich we had to eat it, despite the cold weather. 🙂