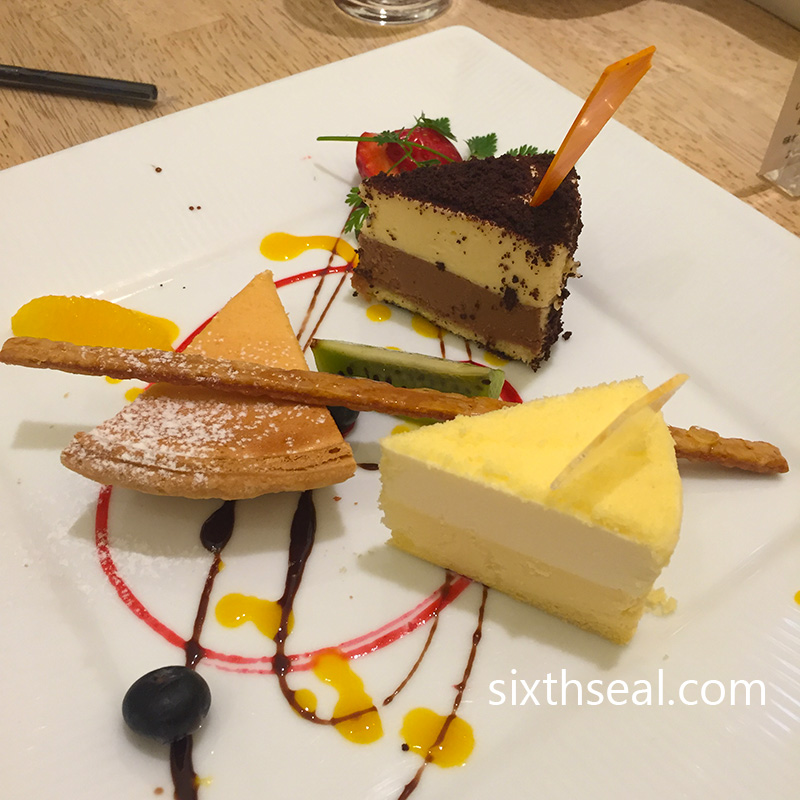 LeTAO (ルタオ) is a famous bakery, café and sweet shop with branches all over Hokkaido. We saw one in New Chitose Airport when we landed in Sapporo and again when we went shopping in Daimaru but my better half wanted to eat at their head store in Otaru. Otaru is a quaint little town where they have a huge presence – it’s where their HQ is, as well as their chocolate shop (called LeTao le chocolat) and lab (LeTAO Cheese CakeLab). 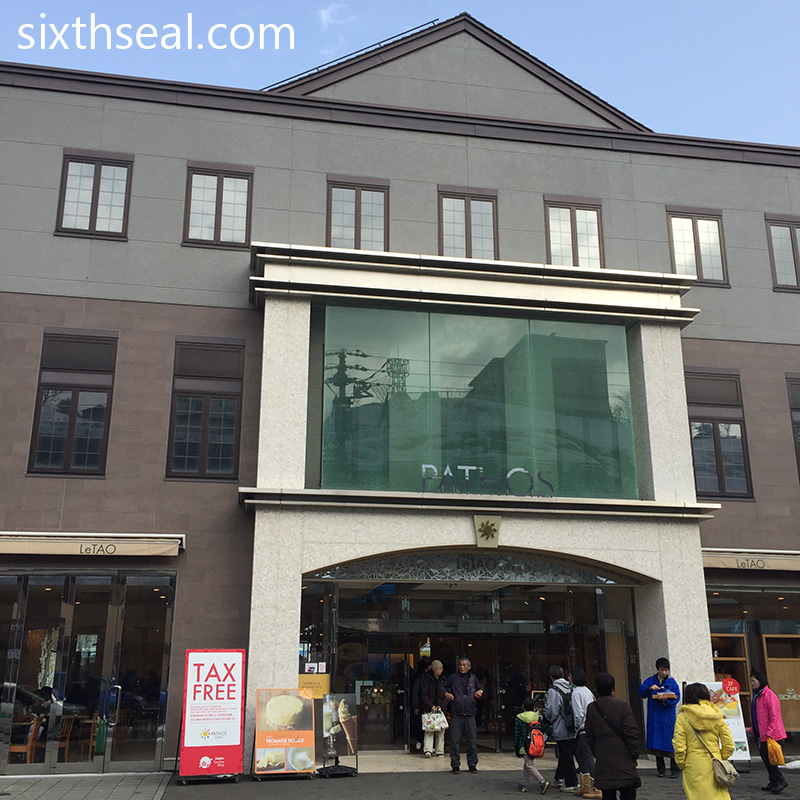 There are at least six (6) different LeTAO shops in Otaru, all selling something unique. We saw one in Otaru Station when we arrived which is called Ekimo LeTAO and they sell roll cakes in addition to their regular product lines. My dear wanted to check out their sit-down café though so we walked over 30 minutes in search for LeTAO PATHOS – their largest store and café in Hokkaido. 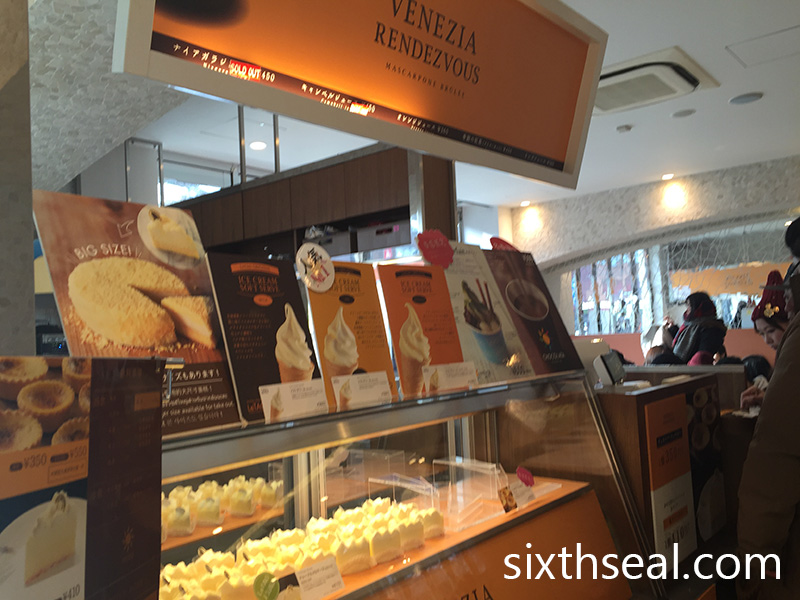 LeTAO actually pioneered the “Japanese Cotton Cheesecake” craze. This is a soufflé-like cheese cake with a distinctive look. However, LeTAO doesn’t call it that themselves (no one in Japan does). It’s called the Double Fromage by LeTAO and it’s one of their most famous products. LeTAO also has a presence in Thailand but if you want to eat the real thing made with Hokkaido dairy, you better get your ass down to Otaru…and that’s what we did. 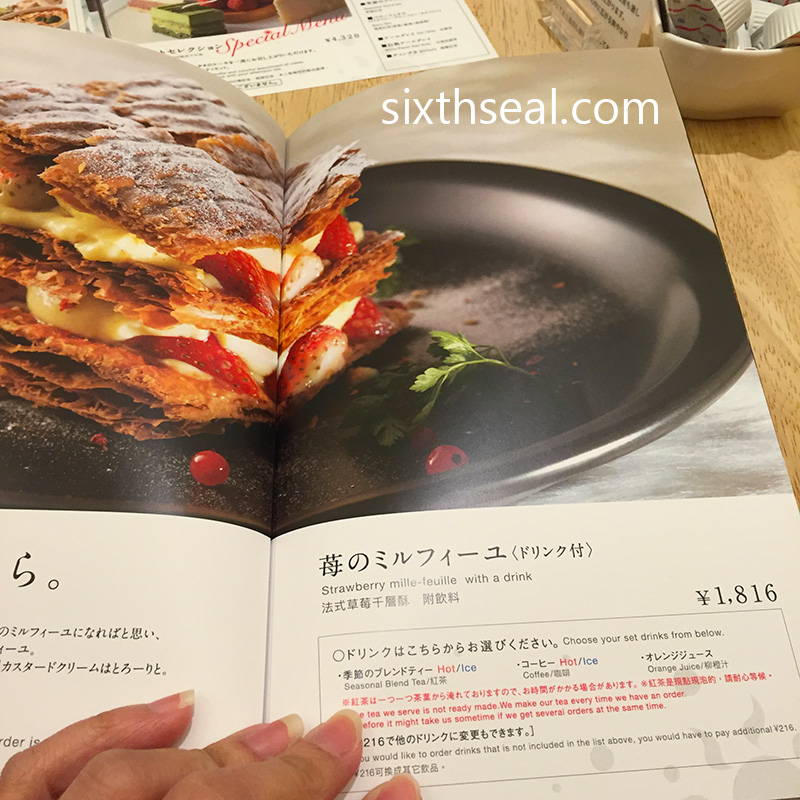 The café at LeTAO PATHOS is huge and you’ll be escorted to your seat by a nice Japanese girl who’ll take your order while kneeling down (!!!). This really surprised me and made me a little uncomfortable. However, it’s part of the renowned Japanese approach to service and they even make a point of stating that their tea is not ready made – it’s only brewed each time there’s an order so it’ll take a while for drinks to arrive. 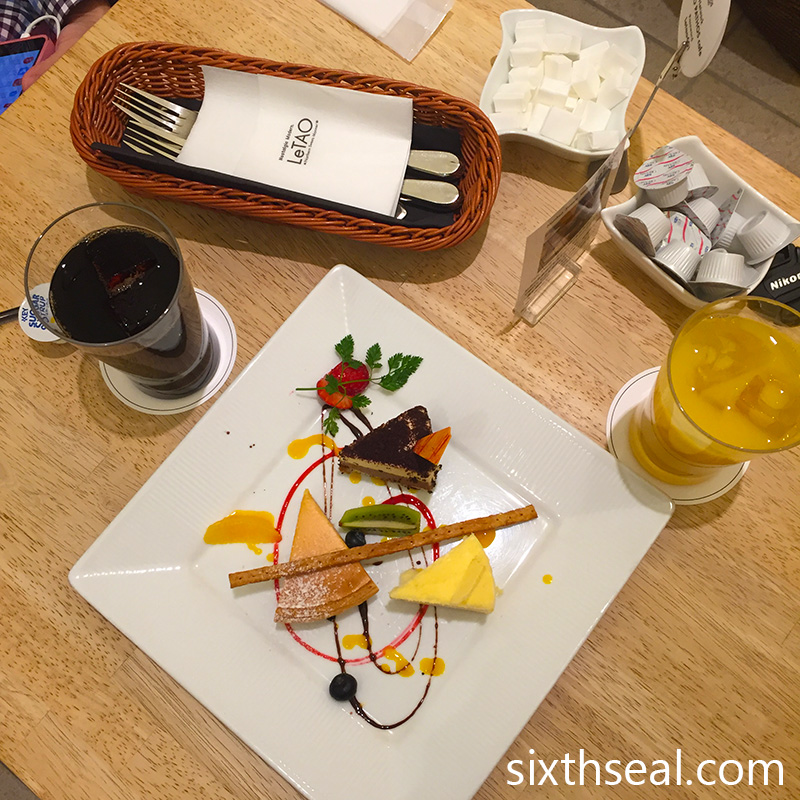 This is all of LeTAO’s favorites on a plate! It contains two of their most popular cheese cakes – Double Fromage and Chocolate Double together with a crème brulee tart called Venezia Rendezvous. I have no idea why this is called a “Double Plate” when it contains 3 items but I suspect the Japanese words mean something entirely different. 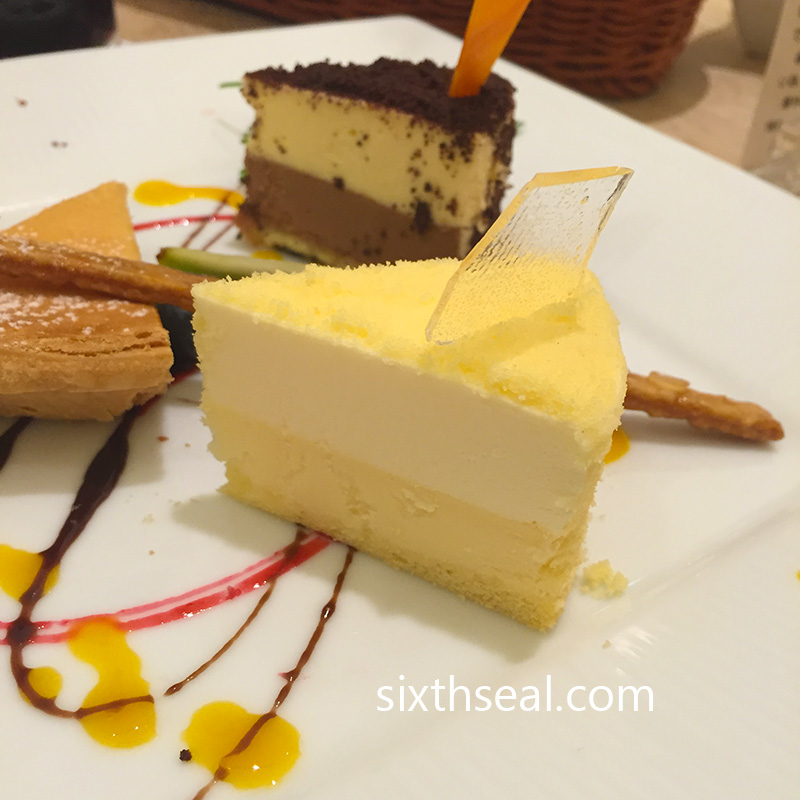 I really enjoyed LeTAO’s Double Fromage. It’s made with three (3) different cheeses – Italian mascarpone, Camembert and cream cheese. All the cheeses used here are produced in Hokkaido from a local dairy. The upper layer is a creamy and smooth no-bake cheesecake and the lower layer is rich and tasty baked cheesecake. Insanely good stuff… 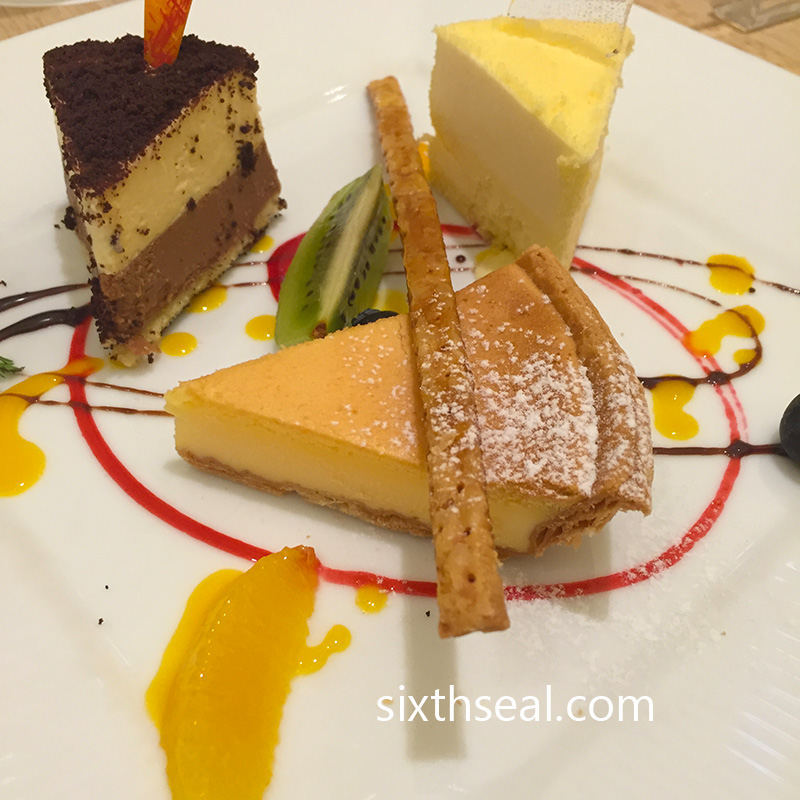 The Venezia Rendezvous is a mascarpone crème brulee made using mascarpone from Lombardy, Italy. The cheese is added to LeTao’s original fresh cream in Hokkaido and flavored with natural vanilla beans from Madagascar. The light and crispy tart provides a nice texture to the 42% milk fat cream used in the filling and the natural sugar beets grown in Hokkaido. The dessert is not sweet at all, the only sugar used is from the locally grown sugar beets. 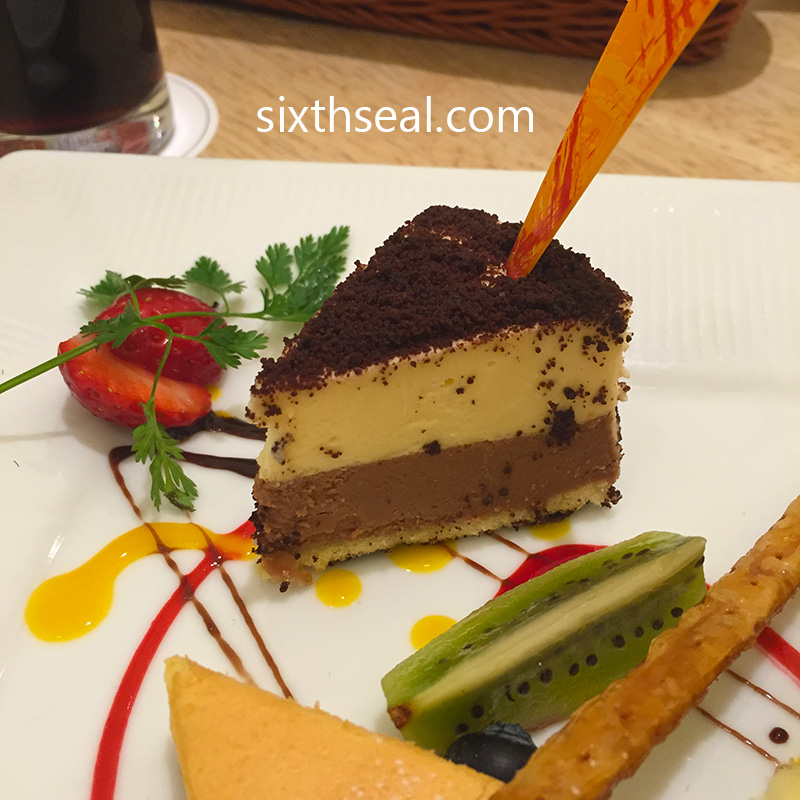 The Chocolat Double is the chocolate version of their bestselling Double Fromage. They combined the cheese cake with a chocolate cake to produce a two-layered chocolate cheesecake. The cocoa is from Europe but all other items are local and the bitterness of the cocoa makes the cheesecake more suitable for adults. It cuts down the mildly sweet Double Fromage with some bitterness to produce a slightly bitter dessert. 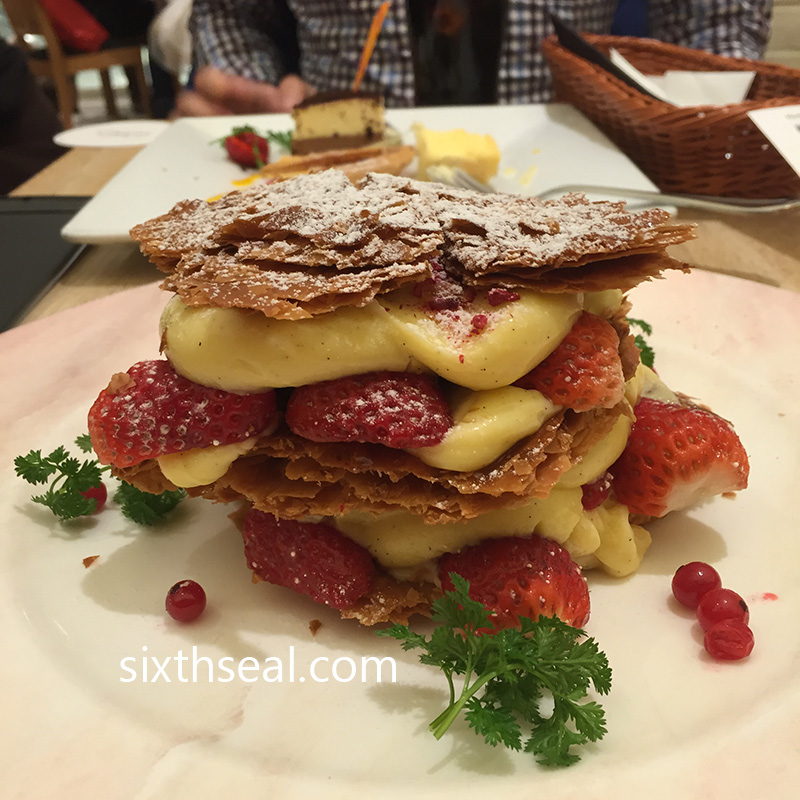 This beautiful dessert can only be ordered in LeTAO’s café. It’s made with LeTAO’s original custard and Hokkaido grown strawberries for a towering treat that looks almost too good to eat. My dear saw this highlighted in their menu and didn’t want to order it coz it was over RM 70 for a plate of pastry. We had just eaten sushi at the 1 Michelin Star Isezushi so this was primarily a dessert run but I insisted on ordering it coz I knew she wanted to try it. 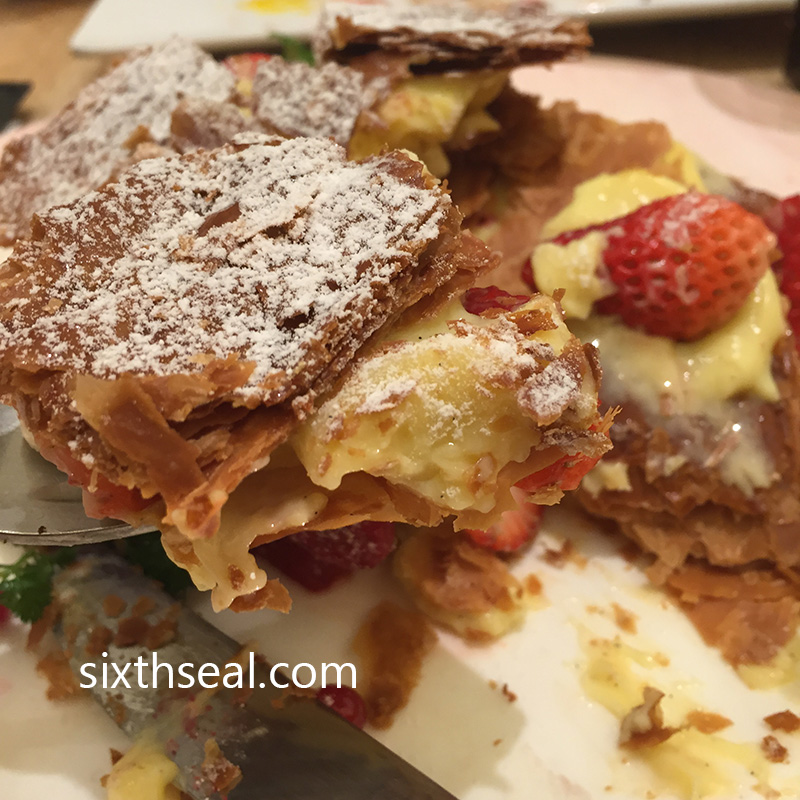 The custard was very good – it was speckled with real vanilla beans from Madagascar and there are superbly tart red currants strewn throughout the plate. However, I thought the crispy sheets of pastry was slightly over-done and bitter. Granted, desserts in Japan are an order of magnitude less sweet than Western or local counterparts but we’ve had really good mille-feuille from 2 Michelin Star Le Relais LOUIS VIII in Paris, France so it can’t really measure up to that (especially when the mille-feuille was the star dessert that got them their two Michelin stars in the first place). 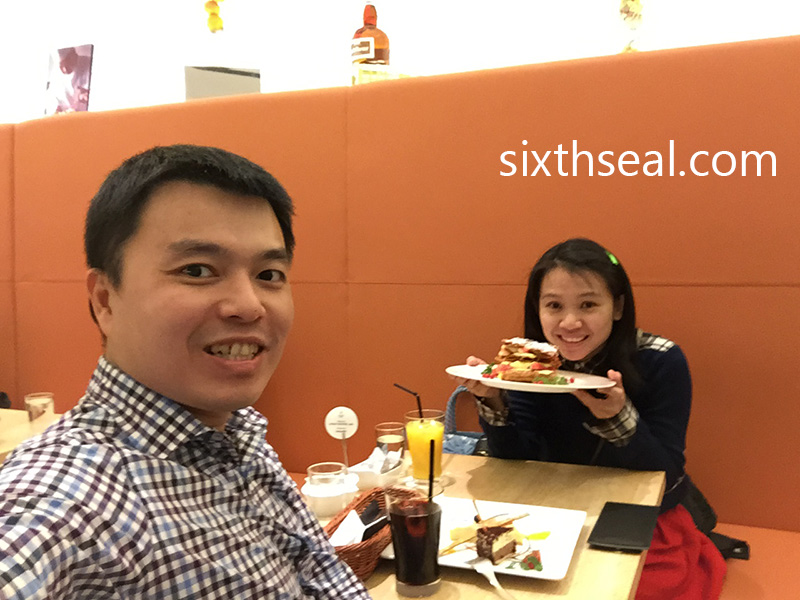 LeTAO is a great place to visit if you want to have a luxurious and warm sit-down dessert in Otaru. The café in LeTAO PATHOS also serves savory food like pasta – it’s the only one that does that so it’s something to think about if you’re heading here instead of the main store. It’s also larger than the head store or LeTAO Plus. The bill came up to 3,220 JPY (about RM 130) for the two of us, including drinks and the service was excellent. I would highly recommend eating at LeTAO if you’re ever in Otaru – after all, this was where LeTAO was born.