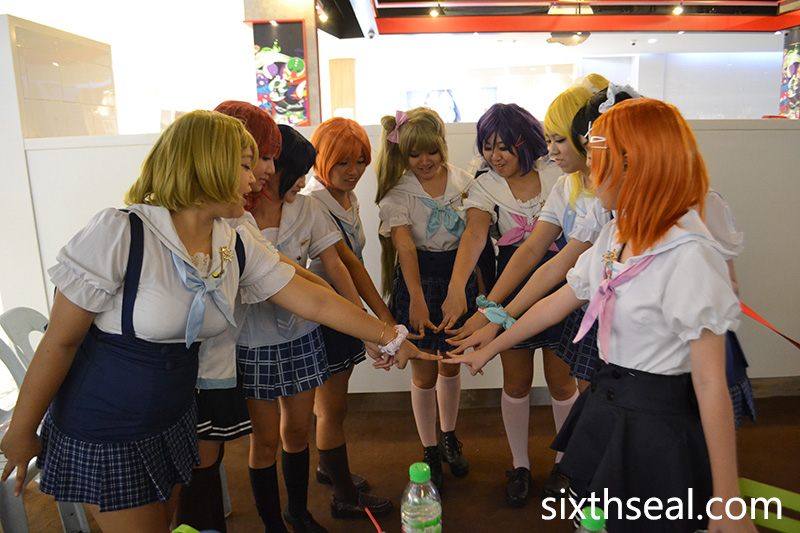 Yes, I’m calling it a documentary coz I’m being pretentious and I spent 12 hours editing it. I was actually quite lucky coz I never read my emails (sorry guys but it’s true). It just so happened that I couldn’t sleep (see previous post) so I was going through all my stuff and I found a flyer about a cosplay event by Evolve Mall. I went to the event page and came across a promo video featuring the MilkyWay girls.

I thought it was really good. I’ve been watching a lot of cosplay dance covers by Love Live groups coz I want to make my own and also to improve my video editing skills. I creeped on the MilkyWay posts and found a girl called Vicky, who turned out to be one of the leaders. I messaged her the night before (yesterday) and asked if I could tag along and film them, not just their performance, but also shadow them and eat with them and interview them.

I gave her my number and she said she’ll discuss it with the other group members and got back to me 20 minutes later saying it was okay with everyone. Thus, I went there this morning to film them. They actually had two performances but I only managed to get the first one since I had to leave at 3 pm. It was a really fun experience since I’m a huge fan of Love Live and it’s always nice to see a local group do so well. 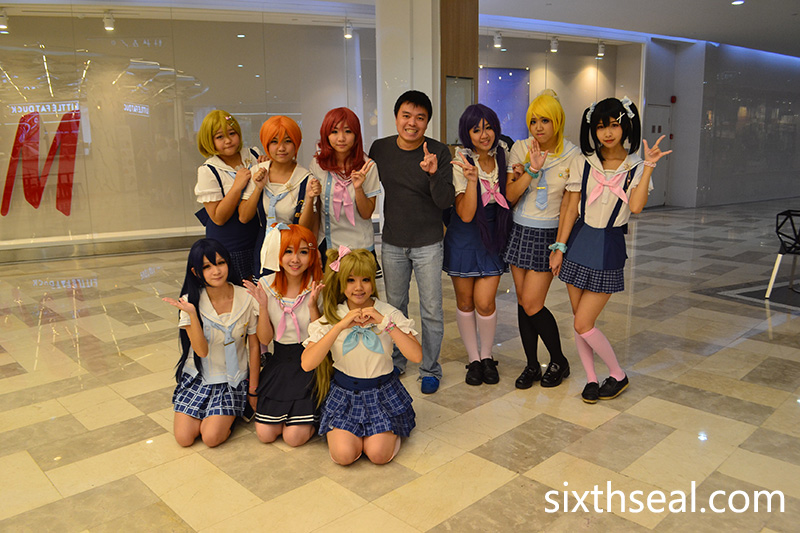 I have been trying to make more YouTube videos lately – this is my second one specifically for this purpose. My better half and a LLSIF friend told me the first one was ultra shaky and barely watchable and I took that feedback to heart. This time, I spent 12 times the amount of post-production work on the video. Well, it probably won’t take so long for a pro but I just installed Adobe Premiere CC a few days ago!

I did learn a lot of things about video editing too, and I found out that I really like doing it. I like talking to people and getting good video and I like arranging the sequences to make a cohesive film. The music sequences in this one isn’t as good as I want coz I didn’t have a tripod with those swing/tilt/stabilize things. I’ll need to get one so next time I do something like this, I’ll have one static camera pointing at the stage (like how the music video is) on tripod while I actually hold the second camera.

I did have a second one today but I couldn’t operate both. The idea is the static one is for wide screen whole stage shots while the one you’re holding (with stabilizer) goes for close ups. Thus, I can focus on the trio who’s currently singing and this will allow me to cut from the full stage shot to a close up. Also, in the interview segment I had a lot of trouble deciphering the words.

That’s completely my fault coz I didn’t wire everyone up. I also didn’t have 9 microphone units but they’re actually quite cheap so I’ll definitely get some if I want to explore more on doing videos like this. When you record something with external sound, it gives you a lot of flexibility especially with B footage and the voice overs can even go on unrelated stuff, which I wish I did for editing ease.

Also, my Chinese isn’t very good. I can understand conversational Mandarin but once you get to difficult words, I’ll be totally lost. I went to New Zealand at quite a young age to study and I didn’t learn Chinese in Malaysia anyway. I had to puzzle out the meaning via context (very useful) and a bit of guesswork so I hope the translations are somewhat accurate.

I wanted translations and closed captions for YouTube coz the video is almost entirely in Chinese. YouTube is a very English-centric medium, unlike Nico Nico Douga or Youku so English subs are necessary. I want it when I watch the Love Live Sunshine radio dramas and skits anyway, wouldn’t be able to understand otherwise. Turn on CC if you want to read the English subs, I also spent a few hours writing them.

I’m getting a lot better in many ways and even though I’m very frustrated at not being able to sleep (the insomnia is killing me) at least I’m learning new skills and doing stuff that I love. Thanks to Vicky and the rest of the MilkyWay cosplay group for letting me hang out with them today! It was a really interesting experience and I’ll see you all at the next event.

I’ll be concentrating more on YouTube videos now so let me know what you think – feedback and criticism is always welcome. Cheers!