*adds a notch on my belt* 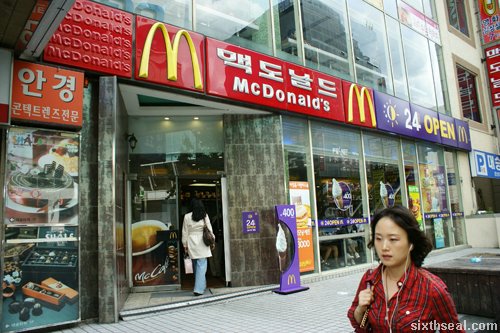 I like eating McDonald’s in different countries to check out their localized offerings. I suspect this has a lot to do with the New Tastes menu in Australia where 2-3 new items are introduced for a week, and a week only. I was in university then and most university students eat a lot of fast food. *shrugs* I digress. 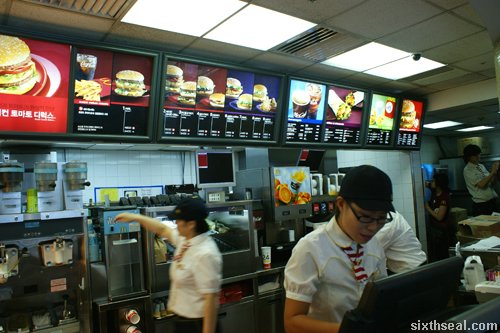 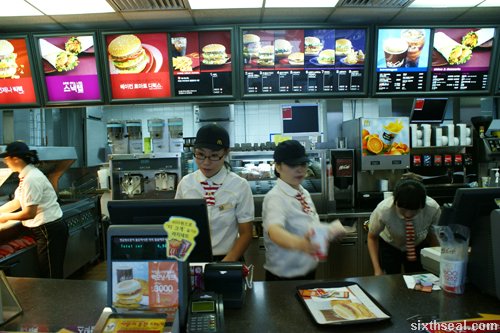 The Bacon Tomato Deluxe is like the Big N’ Tasty we get over here except with real bacon from pigs. The Shanghai Spice Chicken Burger is their version of the Spicy Chicken McDeluxe. The Shrimp Burger is similar to the Crispy Prawn Burger we had over here a while back. I ate the one in Lotteria (the fast food arm of the giant Lotte) instead. Lotteria is the #1 fast food chain in South Korea – I’ll post about it later.

Thus, the only truly localized menu item is the Big Bulgogi Burger. 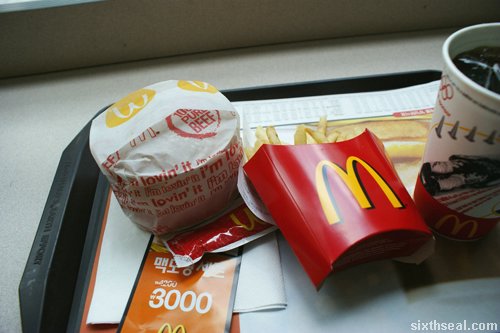 I had the Big Bulgogi Burger set (4900 Won or RM 15) and one interesting thing about Korea is that they’re very big on the environment. You pay 100 Won extra for the cup, which is refunded when you return it for recycling. 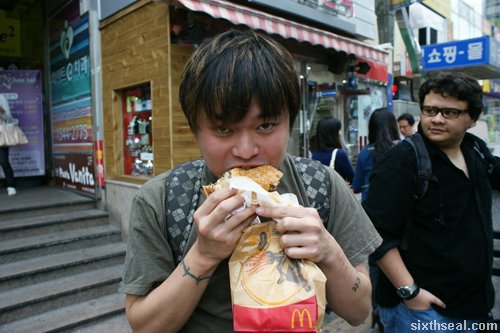 Bulgogi is a Korean dish which means marinated barbecued beef and we had the same thing for dinner the night before. Bulgogi done right (and the Koreans always do it right) is tender, succulent and delectable! The Big Bulgogi Burger is essentially a double Bulgogi Burger – the Korean version of Big Mac, if you will. 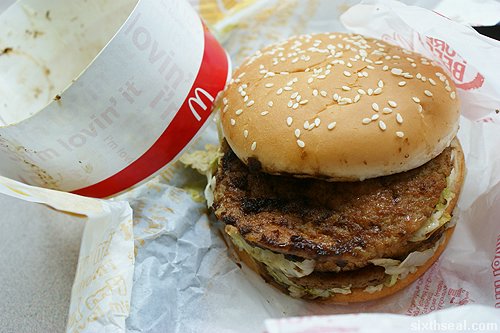 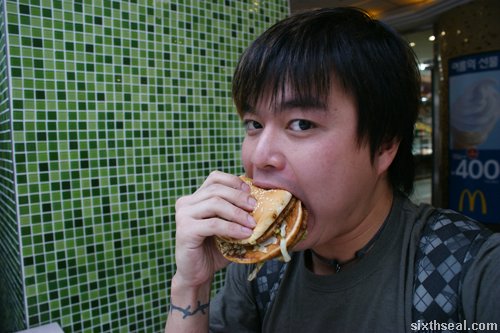 Now, multiply that thought by a factor of 10 and you might just get a hint of how breathtaking the Big Bulgogi Burger is. One of my friends took a bite and promptly decided that he needed to have one too so we ate the same thing again at the airport McDonalds!

The Big Bulgogi Burger is awe-inspiring – it’s so delicious that the superlative to describe it hasn’t even been coined yet.

I have experienced the divine and I’ll never be able to settle for a lesser burger. 🙁