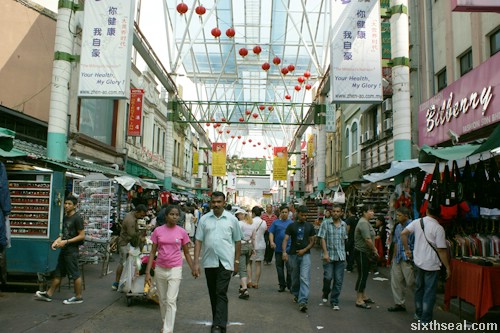 I am a Chinese kid born and raised in a small town in Sarawak. It is predominantly Chinese so I didn’t have a lot of interactions with other races. I was shipped off to New Zealand at the age of 15 for high school and there was a lot of racism going on over there.

I have never given race a serious thought before. Who would have known that being of a different culture would cause one to be a target of bullying? In my first day of school, a group of Kiwis in a car wound down their window shouted “Go back home, Chinaman!”.

However, I soon discovered that these people are the vocal minority. The vast majority did not really care as long as you can communicate with them. I guess it was the experience of being treated as a second class citizen which made me not do it to others. 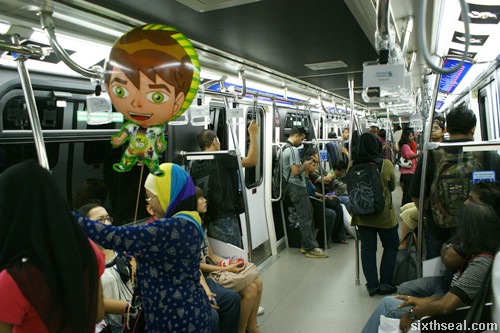 When I finished my university and came back to KL to work, I had already been exposed to a melting pot of cultures in cosmopolitan Melbourne. Race didn’t mean anything to me anymore. I can only remember one incident over here – I asked someone on the road for directions in Shah Alam and was told in a less-than-friendly manner “Cakap Bahasa Melayu, jangan lupa ini Malaysia!”

It was not exactly the 1Malaysia that we have hoped for that but that was a totally isolated incident.

I can think of many more other positive interactions with strangers – like the one when I was lost in KL early in the morning (this was my pre-GPS days) and this kind Malay couple actually bothered to tell me to follow their car to my destination, despite it being out of their way. Now that is 1Malaysia to me.

I did a video for ASTRO’s MySTORY – the new channel for showcasing stories about 1Malaysia from people like me and you:

I shot the video in Petaling Street to illustrate my Chinese background before taking the LRT and mamak shots. The first few scenes were taken by a Dutch couple here on holiday – which I profiled as Least Likely To Run Away With Your Digital Camera (TM) ;). 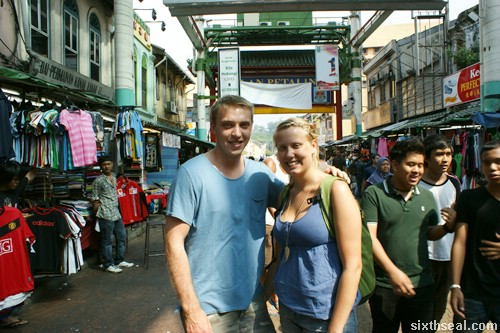 I wanted to do one with different races locking arms and saying “We are Malaysians” but decided it would be too cheesy so I came up with the pigeon analogy instead.

…which I discovered by chance, while navigating from the car park to Petaling Street.

There was a flock of pigeons pecking away at a discarded pack of rice. The rice is Malaysia, it’s our economy, and the pigeons are Malaysians, irregardless of race. We are in this together. We literally share the same rice bowl and there’s enough for everyone. 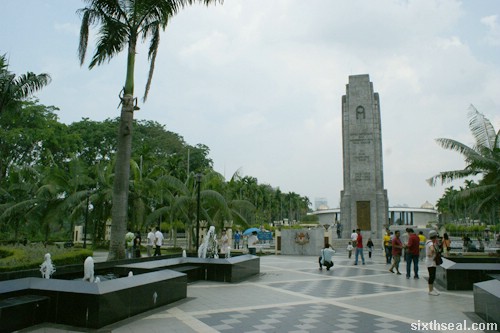 I think we are coming closer to a united Malaysia – it’s just a matter of time. Sure, we crack some racist jokes now and then, and others do the same, all in the name of fun, but no one takes offence anymore. There is also an increasing amount of mixed race relationships (which I predict would be an archaic term in 10 years) which would produce offspring that truly represents Malaysia.

I remember Harith Iskandar’s joke about his yet-to-be-born children – he’s Malay while his wife is Chinese/Indian/Caucasian so would his future kids have to tick Malay, Chinese, Indian, and also the “dan lain lain” column?

Despite it being a joke, I am all for a 1Malaysia. I was born here, spent most of my life here and I plan to stay here. It would be nice for all third generation people to be recognized as Bumiputera but that would be an issue which would resolve itself in time.

It is possible, as the famous words “I have a dream…” uttered by Martin Luther King sparked off what is now an ideal situation for African-Americans in the United States. It is a trend that will endure, with the globalization of our world. 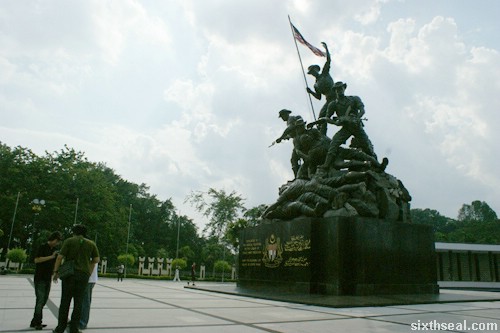 I believe in a 1Malaysia. One country, one race, one nation.

Interested in being featured on TV? Shoot your own 1Malaysia story and submit it at www.astro.com.my/mystory.