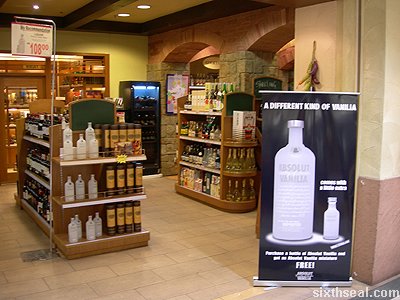 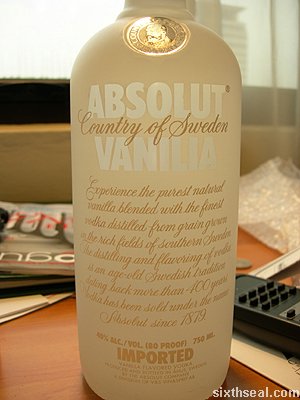 I haven’t had this particular vanilla infused vodka from Absolut
before so I got a bottle of Absolut Vanilla. The bottle has writing
that says “Experience the purest natural vanilla blended with the
finest vodka distilled from grain grown in the rich fields of Southern
Sweden.”. 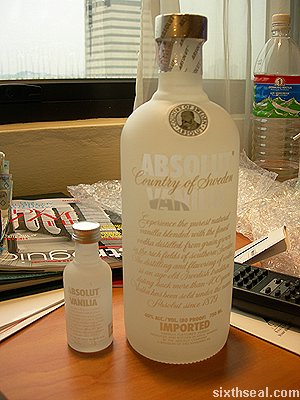 I drank the small 50 ml bottle and I was pleased by the scent of
vanilla that wafted out when the bottle was opened. The vodka is nicely
infused with vanilla flavoring too – there’s a very tangible taste of
vanilla in there.

Anyway, I’ll update again later…I’m very pissed off right now,
don’t ask me why. I have to head out now…arranged a last minute
business related appointment.