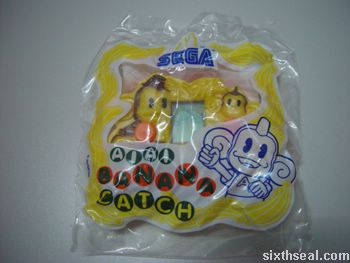 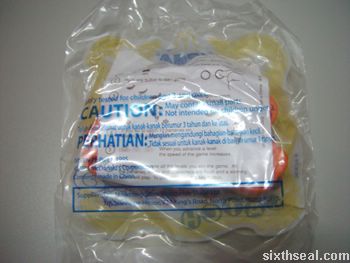 Ai Ai Banana Catch is the fourth one in the McDonald’s/Sega
promotion series. I got this last Thursday morning at the McDonald’s in
Sibu, but didn’t get around to posting it till today. The branch
supervisor actually recognized me (probably due to my impatience ;))
from that Monday where they were selling off the rest of the back
stock. Anyway, I found that Ai Ai Banana Catch is the hardest mini game
I’ve played to date – the third (last) level is actually quite
challenging if you aren’t concentrating, unlike the other two in the
series preceding it. The game play is still very much the same. Two
buttons move the protagonist (Ai Ai) into three positions (left, middle
and right) in order to catch falling bananas. Oh, and I noticed that
the batteries of these handheld games doesn’t last that long. I don’t
think I’ve even played them for one hour, before noticeable
manifestations of battery drainage occurs – volume decreases, screen
becomes dimmer etc. 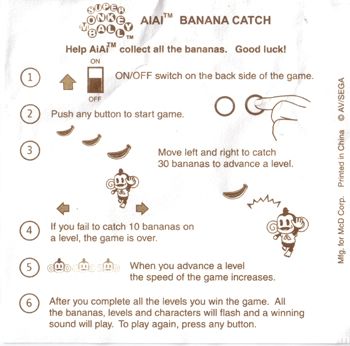 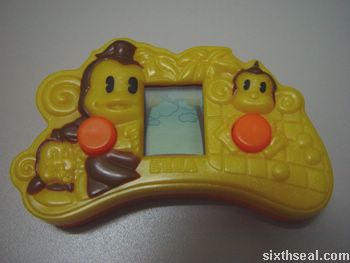 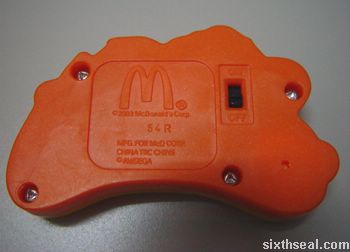 The back of Ai Ai Banana Catch 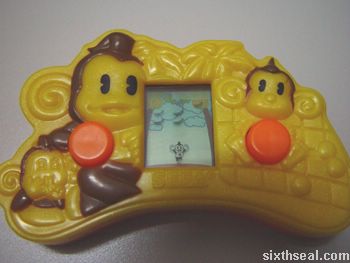