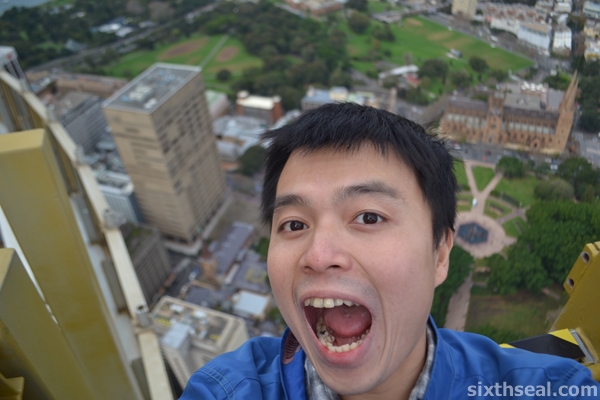 I would travel the world taking *upside down* photos from dizzying heights! I think this could be the next big thing.

The photo above was taken in New South Wales at the Sydney Tower Eye & SKYWALK. I’ve also taken similar photos during my travels to Melbourne (Eureka Skydeck 88 – second highest building in the Southern Hemisphere), Paris (Eiffel Tower and Arc de Triomphe), and Georgia (the insanely deep Rustaveli station in Tbilisi with an escalator length of 120 meters).

Yup, RHB Now Internet & Mobile Banking is having a contest where you can win prizes worth up to RM 100,000! 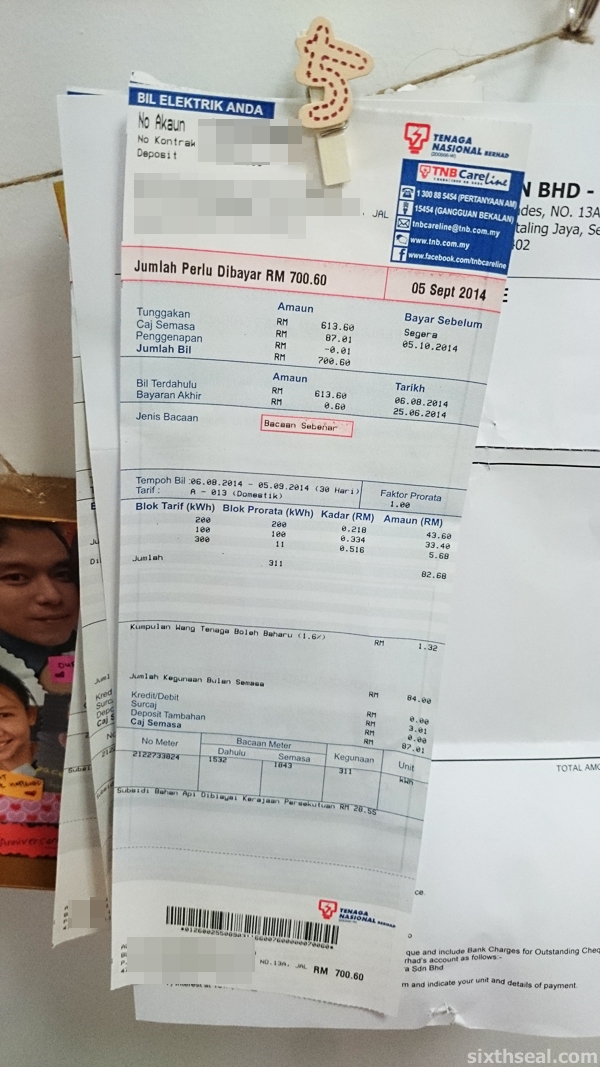 This RM 700+ power bill from TNB doesn’t look so bad now when I can get 20 entries by paying it using the RHB Now Mobile Banking app. A minimum of RM 30 on any 6 online banking transactions could win you loads of cash. It’s just so convenient to be able to do online banking using the Internet at home or my cell phone via RHB Now that I hardly ever go to a physical bank anymore.

The more you transact, the more your entries and those with the highest accumulated entries will win the prizes on offer!

What prizes, you ask?

There’s also a way for you to win even more cash with a photo contest, which was what I was talking about in the beginning of the post. Just take a photo that captures “What would you do with so much cash” and upload it, completing the slogan:

“If I won cash and prizes from RHB Now, I would….” 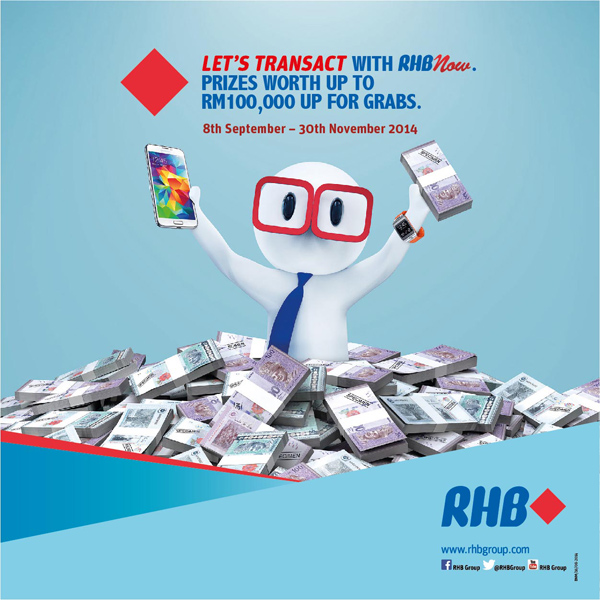 There’s a lot of things you can do with that kind of money – a RM 20,000 Grand Prize can fund a trip to Japan (eating at all the Michelin starred places from metropolitan Tokyo to the rural ryokans). That’s our next planned destination! I’ll love to travel the world more, so here’s your chance to win just by using RHB Now! 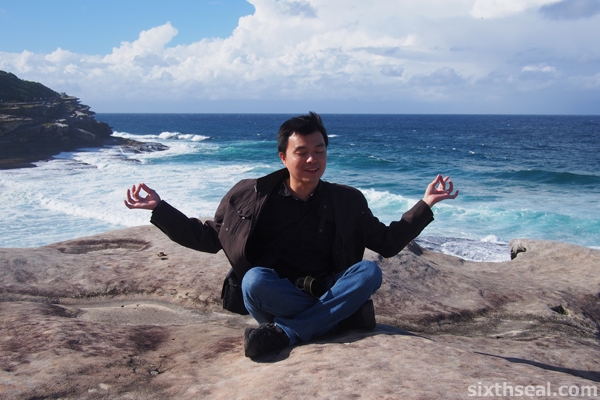 Get more details at the Let’s Transact with RHB Now page.