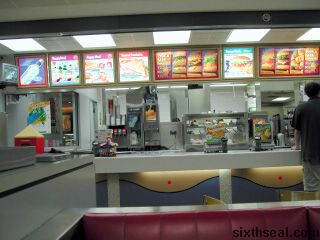 Have you ever gotten totally BLAZED and then go out and act normal?
hehehe! That’s what I did today. I haven’t eaten anything for the whole
day and after I came back, I ate 25 (5 x 5mg) mg diazepam (Valium)
tablets and chased it down with two beers. After that, I smoked several
bowls of weed and went out for supper with a couple of my friends. It
was so funny. 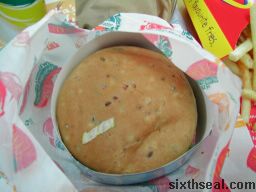 While on the way there, I was already trying hard not to crack up. I
didn’t tell them I was less than sober. 🙂 Everything was just too
funny for words. Anyway, we got to McDonalds. I was feeling so tickled
that I nearly had a laughing fit while walking to the cashier. I don’t
know why I got so amused, I usually laugh a lot while stoned but never
like this. I didn’t have any problems ordering but I was still trying
hard not to have a laughing fit. 🙂 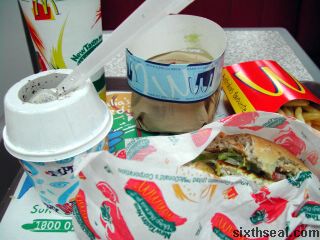 A half eaten Chicken Delight and an uneaten Big Mac, fries and McFlurry

Well, I had the munchies really bad by then and I ordered a Chicken
Delight meal (with large fries and large coke) and a Big Mac. Chicken
Delight is one of the new menus that they change every once in a while.
It’s okay but then I was having the munchies really bad so I can’t
really say for sure. 🙂 I held my own in conversation but was prone to
zoning out. I just felt so sedated I could slide off the chair with a
grin. 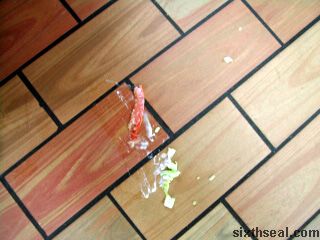 Well, after eating all that and an Oreo McFlurry I still had the
munchies really bad. AND I ORDERED ANOTHER BURGER! Disgusting and
totally unacceptable right? *hangs head in shame* 🙂 I ordered a
McChicken and I ate that and still felt hungry. This was the munchies
from hell. I usually can’t eat more than two burgers without being so
full as to nearly puke, but I was still fine by then and I had a slice
of Blackforest cake from the McCafe that was conveniently beside it. I
am ashamed of myself. 🙂 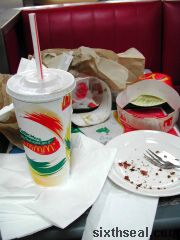 My friend was cracking jokes about CONQUERING McDonalds. He meant
eating all 7 of the larger burgers. Even that feat is too much for even
someone with a bad case of the munchies. In fact, I’m feeling very
close to throwing up now. I feel so bloated. I’m feeling sedated now
though. 25 mg Valium isn’t much, but add a couple of beers and some
cannabis and it’s nice. 🙂 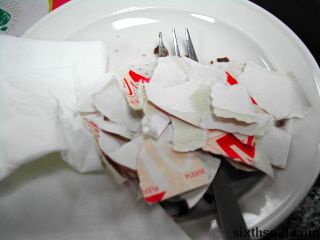 I shredded the cardboard ring and arranged it on the plate. Fun.

I didn’t even remember taking half the photos I took…