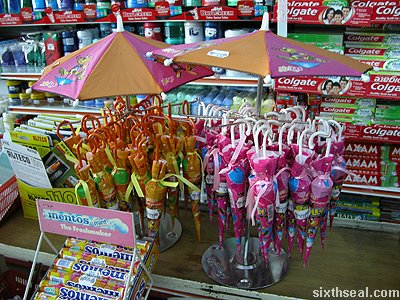 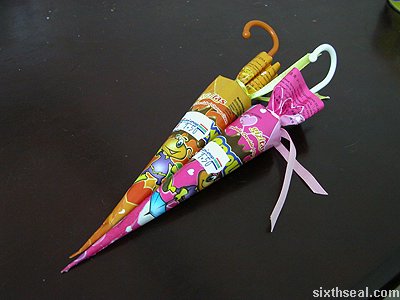 The chocolate umbrellas come in two flavors – strawberry cream and
orange cream. It retails for RM 1.50 each. These mini replica umbrellas
have a hooked handle and a tapering cone, making it look like an
unopened umbrella. It comes with a pretty ribbon to boot. 😉 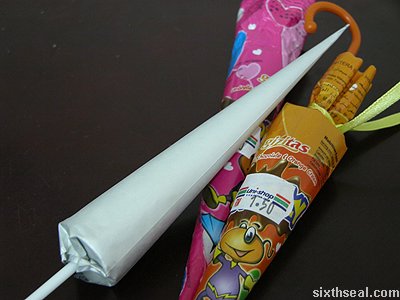 Upon removing the wrapper, I found another paper-foil wrapped around
the chocolate umbrella. These things are called gizitas umbrella
chocolate & (orange or strawberry) cream. 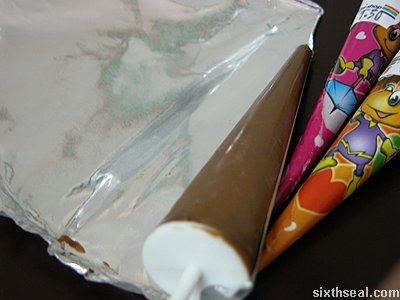 The unwrapping of the second layer reveals a shiny cone of
chocolate, with a plastic base that acts as a handle and also doubles
as a decor. 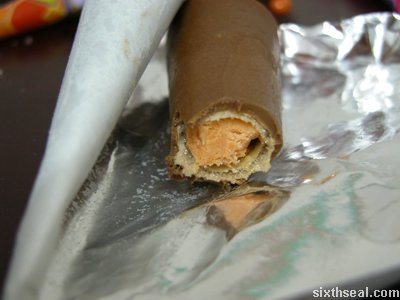 It’s nothing to write home about. I just thought the chocolate umbrella display was interesting. 🙂