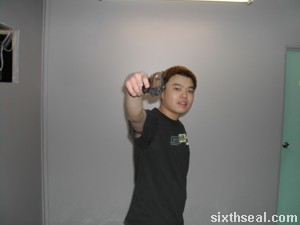 Most men have a natural inclination for guns. It probably harks back to our hunter-gatherer roots. We like to shoot loud, large caliber projectile weapons for fun and recreation. 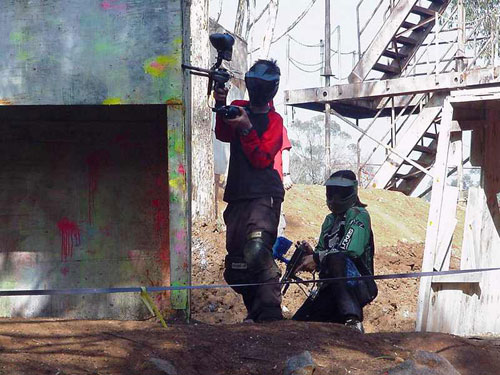 It’s hardwired into our XY chromosomes. However running around and shooting real guns at each other tend to get a lot of people killed…so paintball was invented. 😉 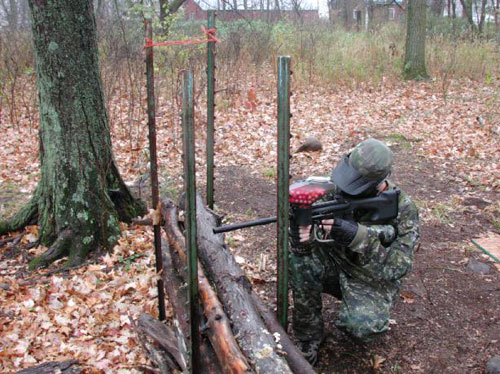 I like playing paintball games and used to have regular sessions going. However, I haven’t seen much action lately with everyone busy with work and all that. 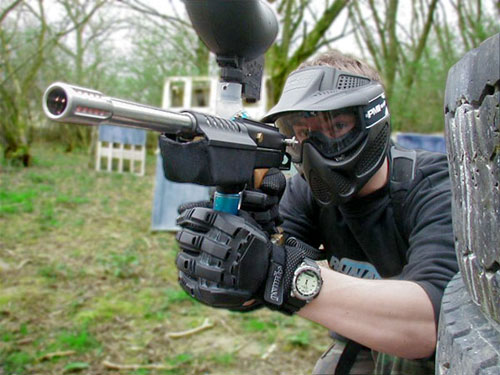 I remember this friend of mine who loves to pull the Dead Man Walking trick (pretends to be out of the game and then suddenly tags you – at close range) so one fine day we decided to ramp him (our markers had that option even though we don’t usually use it). 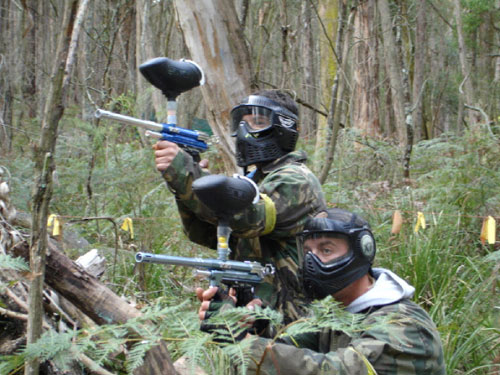 I think that was the last time he pulled the DMW cheat. Heh! 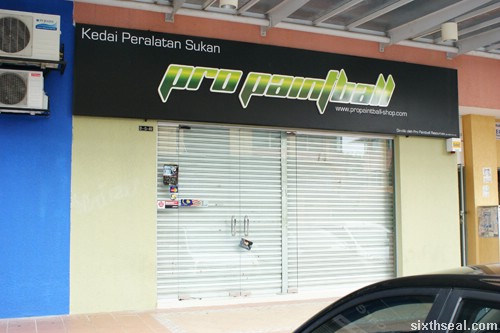 I drove by my favorite paintball supply shop last Sunday (it was closed) and recalled that ramping anecdote. It made me really itch to get on the battlefield again. 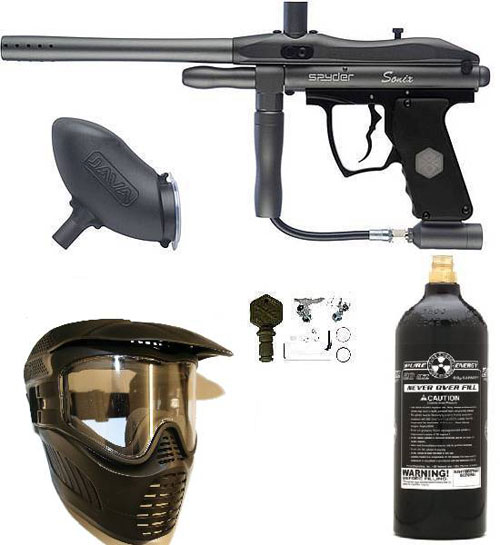 There will be a Paint Fight going on at the Samsung Corby Carnival Day at Sunway Extreme Park on 16th January 2010. If you love paintball, you’ll be pleased to know that you can join with your group and take part in different scenarios and games.

The Samsung Corby Carnival Day is not just about paintball – there are a lot of activities going on and everyone who goes will get a goodie bag. You’re also looking at RM 25,000 worth of prizes, and last I checked, that’s not pocket change, so be there to join in the fun! 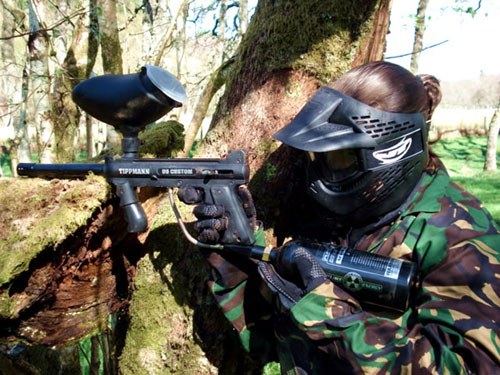 Join one of the four colored teams and the winning group will walk home with a Samsung Corby cell phone for each of the members while the first runner up will win a total cash prize of RM 3,000. The 25 top scorers will also win tickets to their offline games! 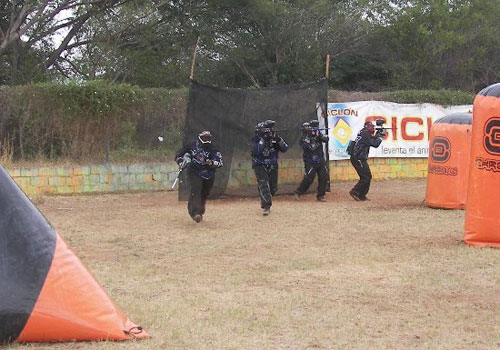 It’s paintball! How can you say no? 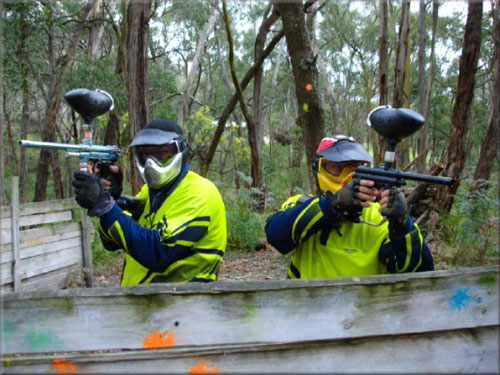 Just sign up for the Samsung Fun Club here and choose one of the Corby’s colors before uploading a photo of yourself to the gallery page. 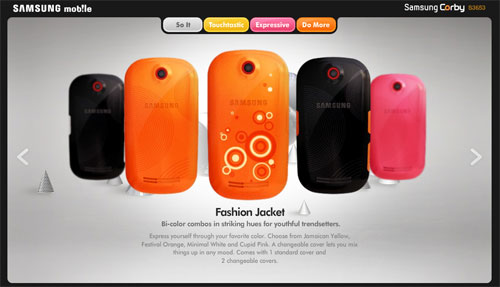 Samsung Corby is a phone with that comes with in four different colors (Jamaican Yellow, Festival Orange, Minimal White and Cupid Pink). The best thing about it is the changeable covers – a fashion jacket to express yourself! I also like the One-Finger Zoom and Pop-up SNS which automatically updates you of online notifications on Facebook, Twitter and other social media.

Here’s what you need to do to join the Paint Fight and win one of them phones: 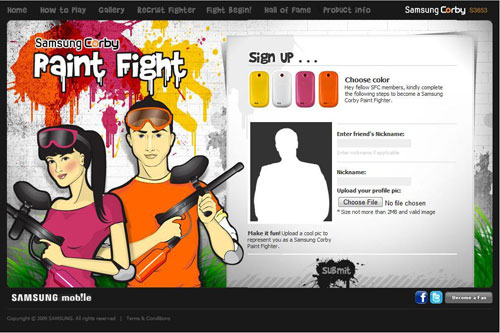 1. Choose a color you want to represent and upload a photo of yourself. 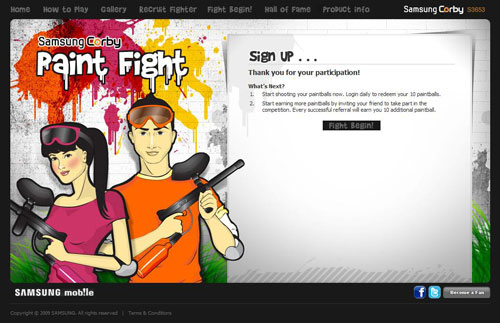 2. Once you get the notification email, start attacking the other teams and defend your own team. I’m in Cupid Pink so I’ve gotta tag the other colors virtually. 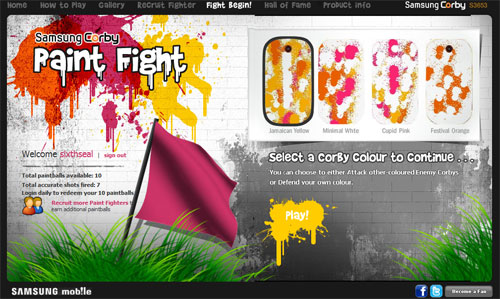 3. The scores are tabulated daily and the best thing about this is that you can login daily to claim your 10 virtual pellets. What’s so good about this? You need to shoot your way into the Top 25 in order to win tickets to the Samsung Corby Paint Fight! Recruit more people to get more paintballs. 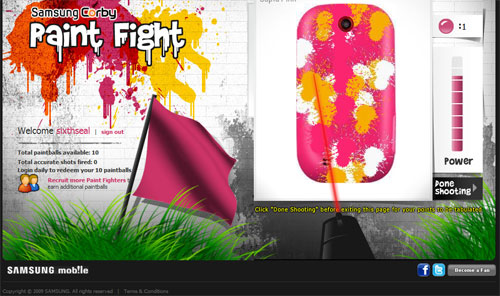 You play the paintball game online to dominate the other colors – the top player from each color team will also win a Samsung Corby when the contest ends on the 31st January!

I’m on the Cupid Pink team since it’s so feminine and deceptive it’ll give me a chance to wrack havoc on the field when we actually play for real. 😉 Who’s with Team SixthSeal? Run and gun, run and gun! Go go go! 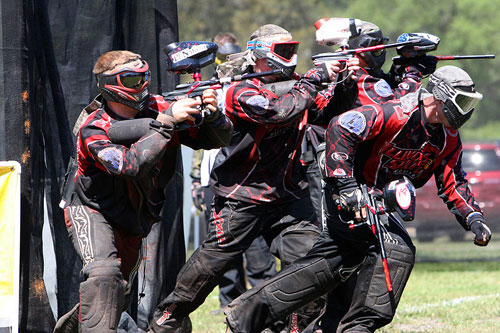 Get the details here.