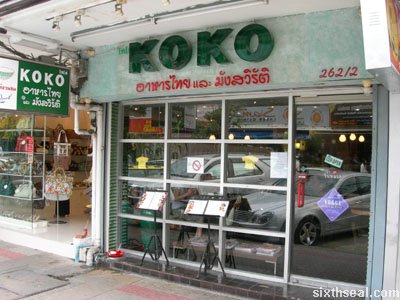 Koko is an eating establishment in the busy Siam Square district of Bangkok, Thailand. I went in with MDC coz she was really hungry and it’s the nearest restaurant. 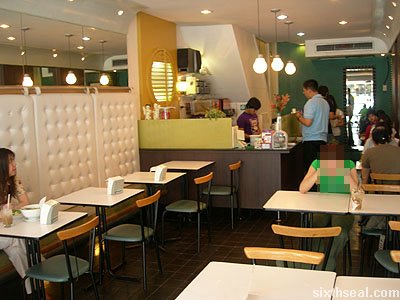 Koko seems to be popular with the locals as a lot of Thai natives were in there when we walked in and only one person speaks English. 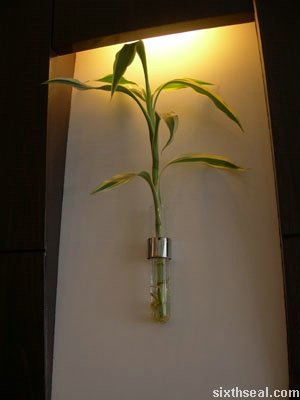 I take that as a good sign for authentic Thai food. The interior of Koko is nicely decorated with interesting pieces like this plant in a test tube. 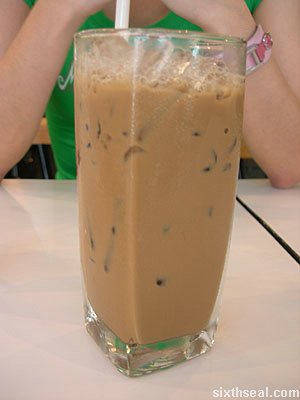 I had Thai iced coffee (which tastes like the iced coffee over here) and MDC had mineral water since we both had the runs after eating street food the night before. The interesting thing about Thai tube ice is that it’s much smaller in diameter than ours. 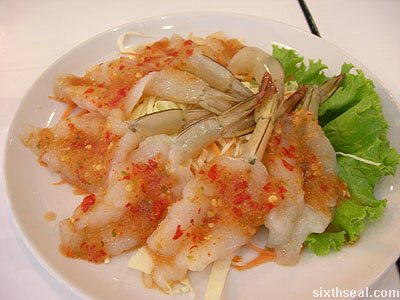 Lunch was ordered a la carte with rice and this is the appetizer which we didn’t order. It’s raw prawns in chilli paste. Koko messed up our order something awful and they don’t speak English (except for one person, and he wasn’t that good) so it was certainly an interesting experience. 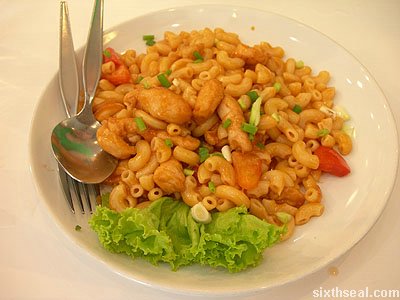 Macaroni cooked in Thai sauce was served up (which we didn’t order) and the waiter took it away and gave it to the guy behind us (who ordered it). Koko really needs to get their orders right. 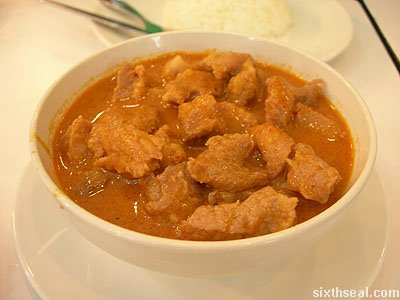 This is curry pork which we DID order for once. 😉 It’s really good – the pork makes all the difference in the curry – and that’s the verdict from MDC and me. 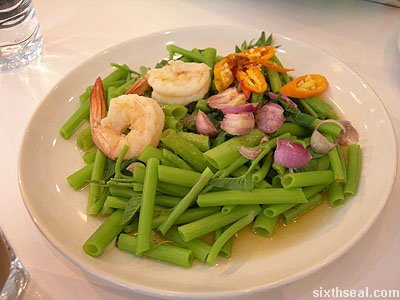 We also ordered a dish of morning glory stalks which was really sweet and has an interesting texture. 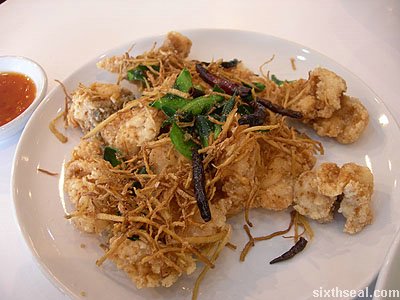 The other dish we ordered is deep fried chicken which was alright. Koko serves good food but I cannot recommend it based on the mixed up orders which happened at an appalling rate.