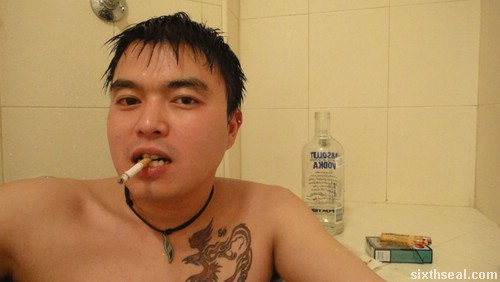 I’m interested in psychology and I got a comment just now asking me why girls like bad boys. I’ve done quite a bit of reading about this in the past so I’m quoting from a variety of sources. Well, the first and foremost reason is due the period before their period, so to speak.

Females are attracted to a bad boy persona during their most fertile period, right before their menstrual cycle.

However a more intriguing reason is the personality type dubbed The Dark Triad – Narcissism, Machiavellianism and psychopathy. Some people are cursed/gifted by The Powers Above with this. Most men score highly on this, some more than others.

It can be a very heavy cross to bear when you want to settle down. You really have to make an effort to counter this. At least that’s what I heard from a friend of a friend. The higher you score on the Dark Triad personality traits, the more sexual partners you have.