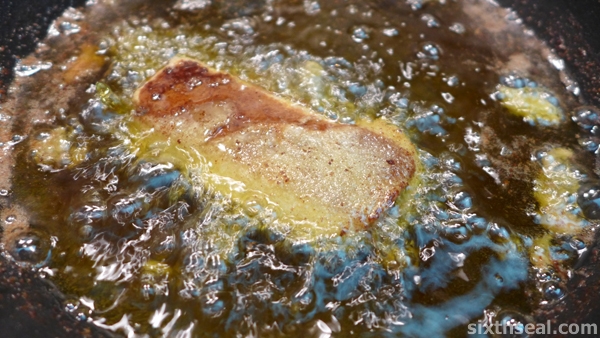 Deep-fried Mars bars are the stuff of legends. It originates from fish and chip shops in Scotland and is the epitome of unhealthy eating! I decided to make my own using a entire new bottle of Extra Virgin Olive Oil (EVOO) to give it a healthier veneer. 😉 I not only did it with a Mars bar, but also battered and deep fried some other of our favorite candy bars. 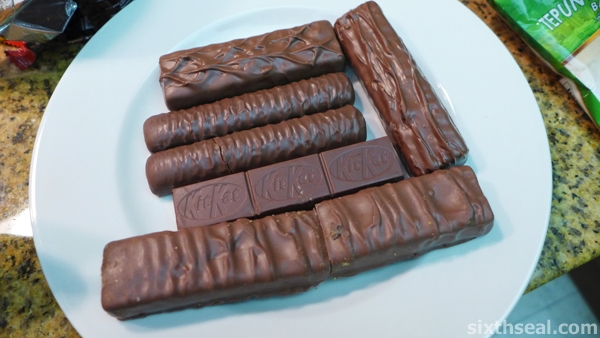 I opened up a new bottle of fairly good quality EVOO – the bottle costs about RM 30 and you can’t reuse the oil since deep frying Mars bars causes the oil to turn entirely black (a snippet I heard from an interview in Scotland, where the battered deep fried Mars Bar originated) and chocolate will sink to the bottom. 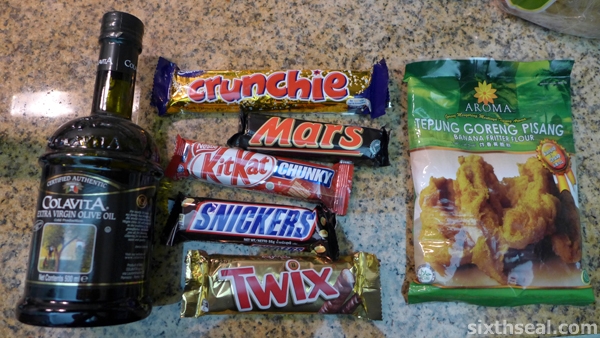 Here’s my recipe for the deep-fried Mars bar: 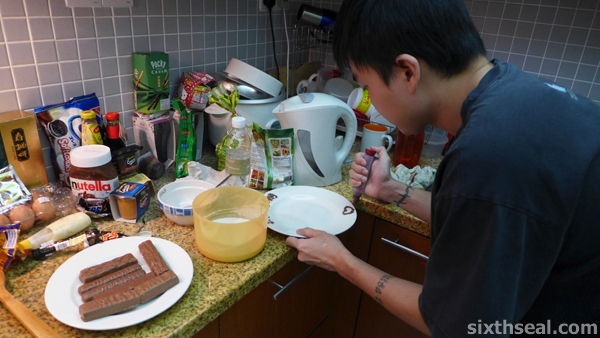 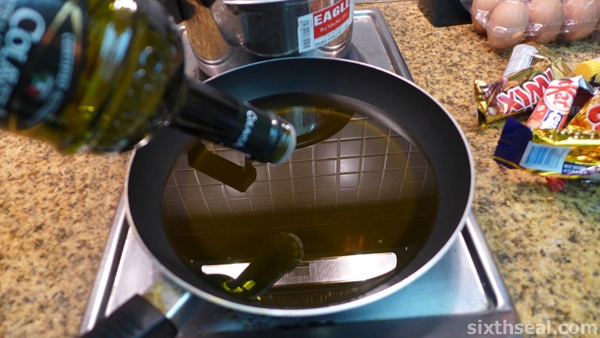 It’s very simple really – I heated up the 500 ml of EVOO in a frying pan until it’s hot (contrary to popular belief, fair quality EVOO can be used for deep frying – you won’t reach the smoking point) and prepared the batter. 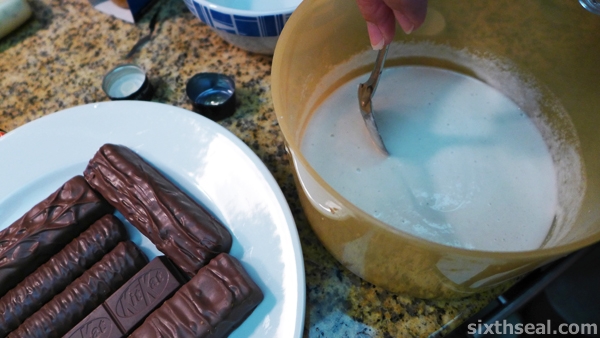 I should note that this brand isn’t ideal as it doesn’t coat the chocolate bars properly. I have beer batter meant for fish and chips from NZ in my pantry but I totally forgot about it. The banana fritter batter only has baking powder, flour and salt so you can use those three in the right proportions if you want. 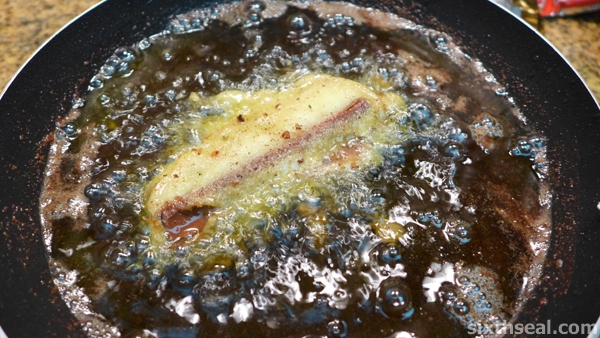 My first test was done with the Cadbury Crunchie bar – I had hoped that it’ll melt the honeycomb center but it didn’t. I also realize that the batter was too thin and fixed it for the rest of the chocolate bars. I then battered and deep fried the Twix, Kit Kat Chunky, Snickers and then Mars last – after I have perfected my technique. 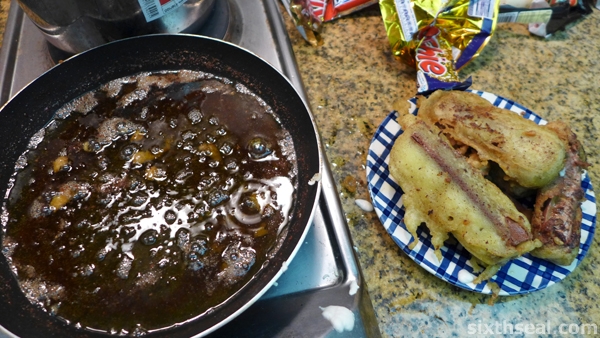 I coated the Mars bar with the batter and dunked it into the hot oil. It tastes a while to melt everything. 1-2 minutes is ideal since it melts down most of the chocolate bar inside the batter while retaining its shape. 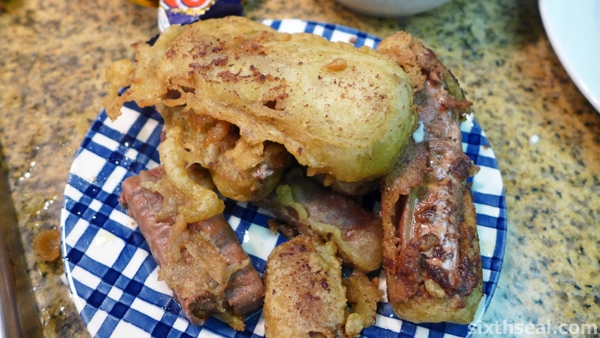 Deep fried Mars Bar verdict:
It’s the best! The gooey caramel and nougat melted while the chocolate was runny – biting into it is awesome. The crispy batter gives way to a hot mess of goodness! Surprisingly, Snickers gives Mars a good run for its money with the addition of peanuts. 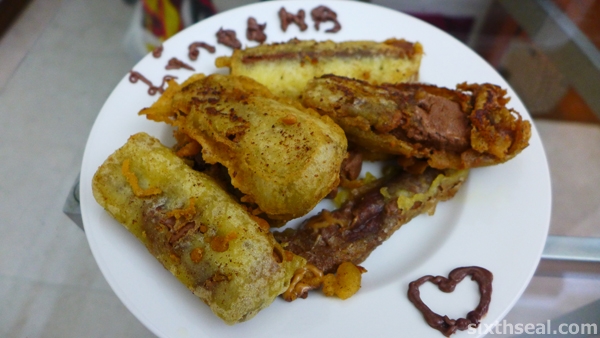 Twix did really well too, the biscuit inside softened and turned it into something *magical* and I loved the deep fried Kit Kat Chunky as well. Crunchie was disappointing coz the honeycomb center didn’t melt but the other awesome candy bars more than makes up for it. 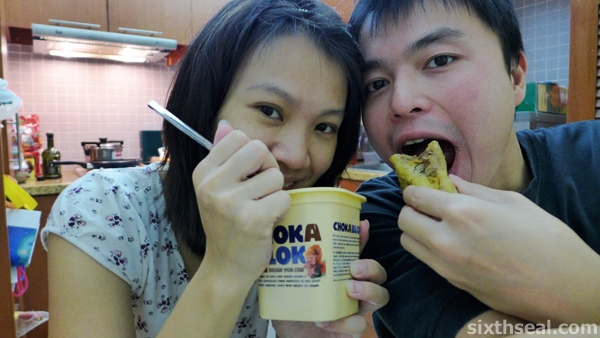 You wouldn’t believe it but between the two of us, we ate all the candy bars! I made my dear promise to eat half (she ate more like 1/3) and we both agreed that the deep fried Mars bar is a delectable, if somewhat expensive venture (due to the use of EVOO). 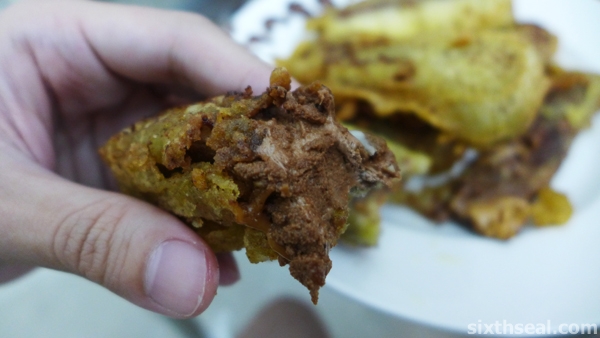 We loved it! Just be prepared for the sugar rush of your lives! 😀