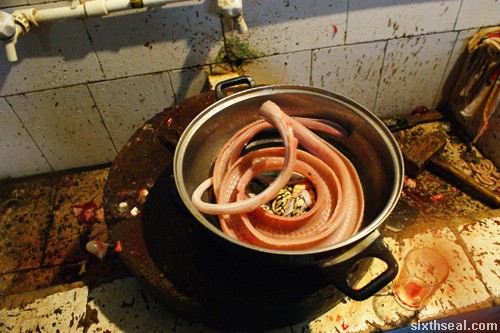 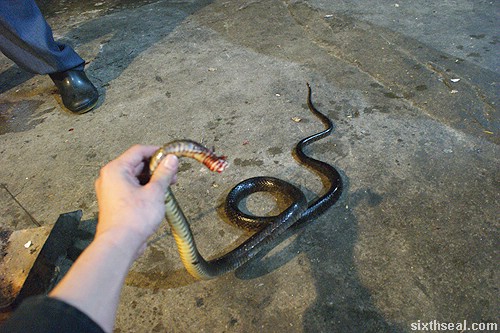 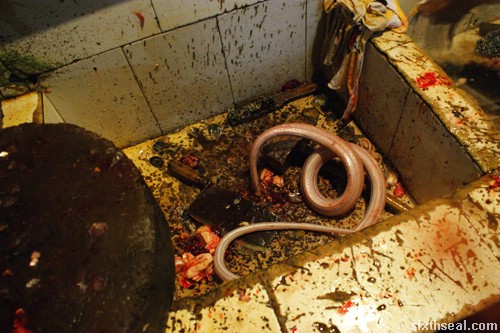 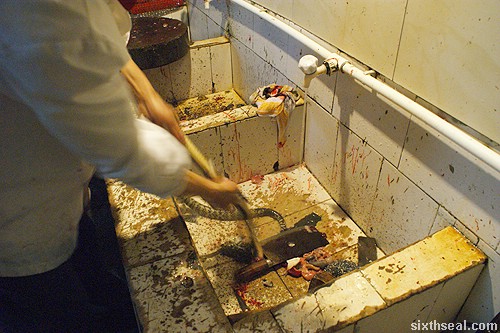 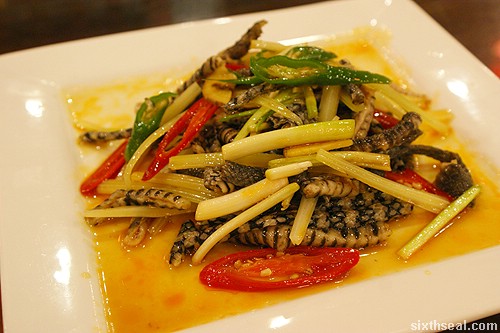 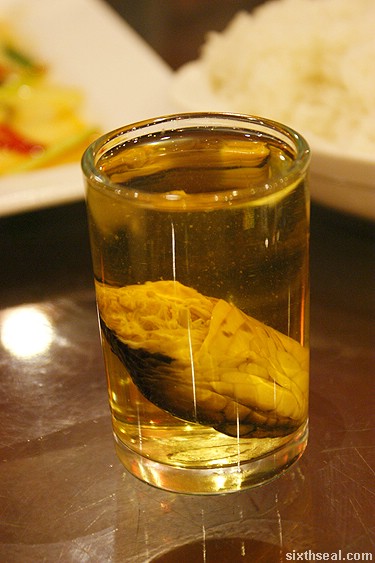 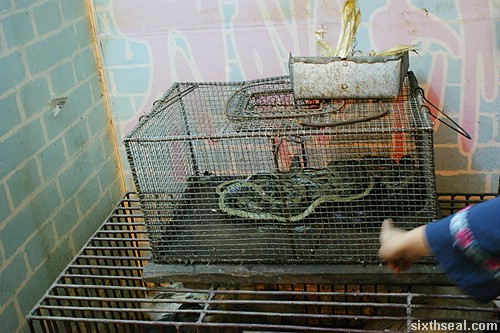 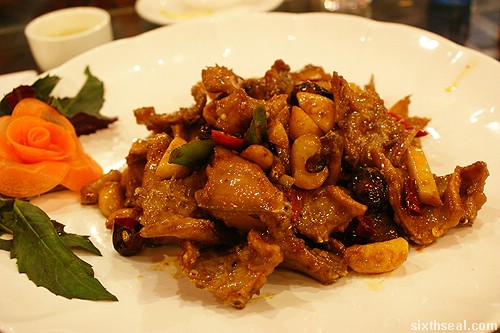 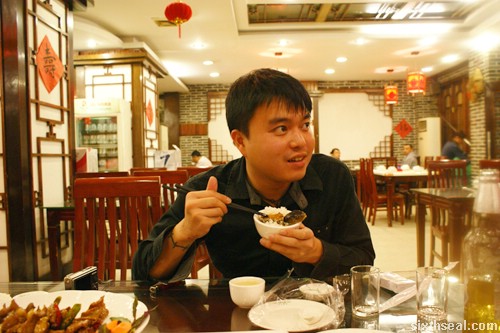 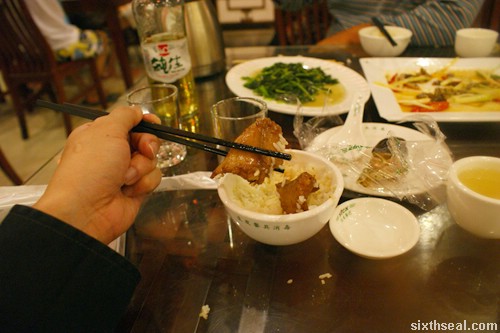 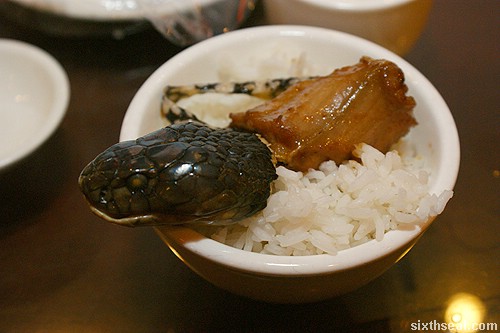 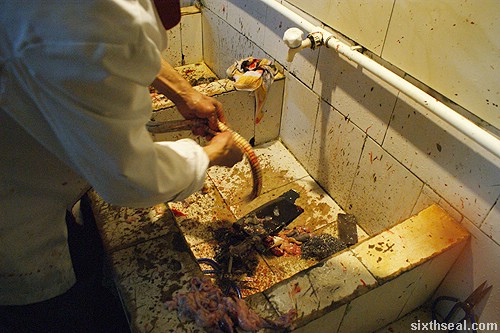 It is very popular to drink a concoction of high proof rice wine with the gall from a freshly killed snake in China. I’m not sure about the folklore behind it, but as with most Chinese “tonics” it’s supposed to boost your virility/gives you courage/(insert superlative).

The gall is prepared separately from the snake blood – it’s supposed to be done in two courses. The snake was gutted and the gall extracted before being plonked into the high alcohol content rice wine. The more poisonous the snake, the more sought after the gall is. I’m not sure how toxic it is to eat snake gall, I didn’t Google it before I actually ate it (and not even after that).

I didn’t swallow the gall wholesale, I wanted to taste it so I bit down on it and it burst in my mouth, filling it with juicy and possibly poisonous goo. I can’t say I could taste anything though coz the alcohol numbed my taste buds and it tastes like raw offal anyway.

Well, like I said in the video, I’m still alive and I still highly recommend it for the full snake experience!