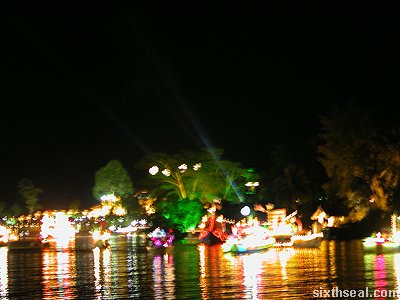 There was apparently some sort of big brouhaha going on at Kuching
Waterfront last night, due to our inability to achieve some semblance
of mobilization with the car due to the traffic massive congestion.
It’s Penutupan Bulan Kemerdekaan Peringkat Kebangsaan or Closing Ceremony for Merdeka (Independence) Day at the National Level. 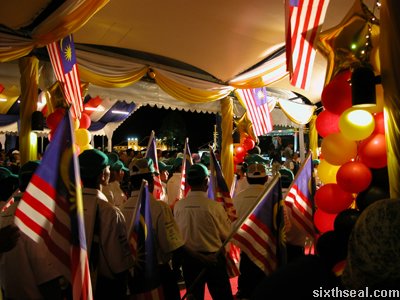 Since we’re effectively rendered immobile, we decided to brave the
throngs of people and see what’s going on in there. Kuching Waterfront
has been designated as the National venue for the end of Independence
Day celebrations. 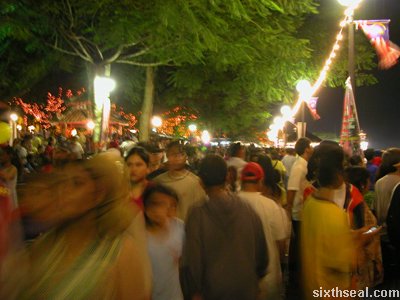 There was a huge police presence and an even larger crowd, probably due to the bigwigs, er, I mean, dignitaries that were there. 😉

It started off with a colorful boat parade: 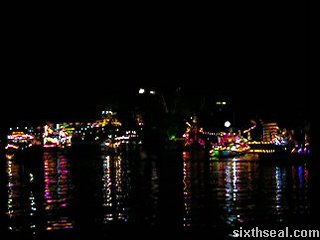 There were a lot of colorful neon boats floating down the river – 14 in all, each representing the 14 states of Malaysia. 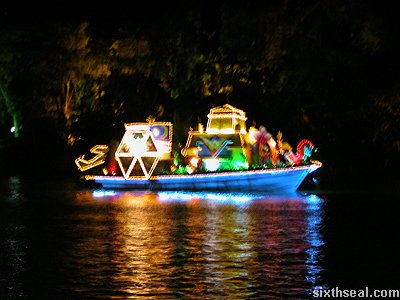 Here is one that looks like a Tie Fighter. 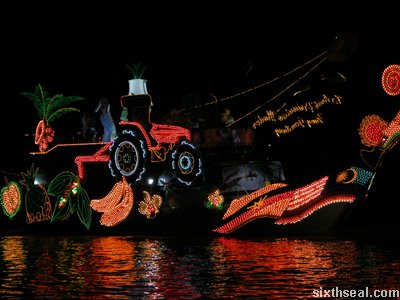 There was also arcs of light to illuminate the skies, as it were. Here’s another video of it: 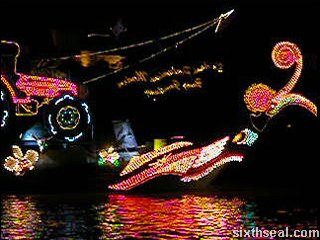 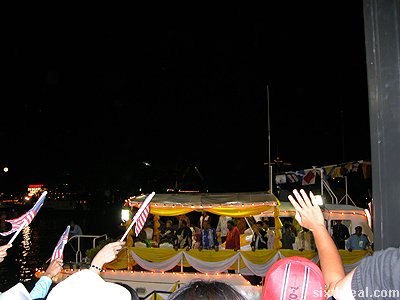 There was a loud police boat escorting a yatch ferrying the
dignitaries after that. They docked beside the river and drove the fans
(?) crazy with all that flag waving and loud cheering. 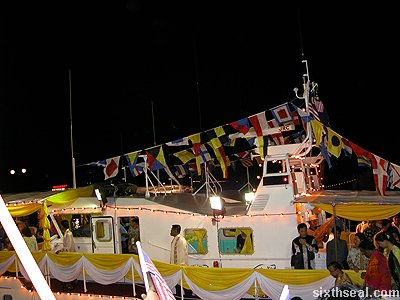 I know the Yang di-Pertuan Agong was there, that’s the highest
royalty figure in Malaysia. Prime Minister Abdullah Badawi was there as
well, and that’s the top guy in Malaysia. 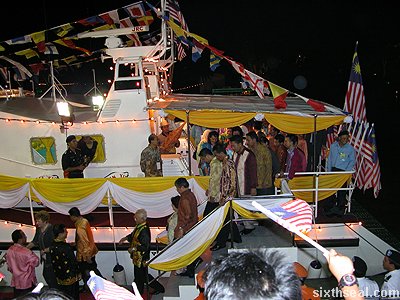 The other entourage comprises of varies Chief Ministers and Heads of States. Political figures. 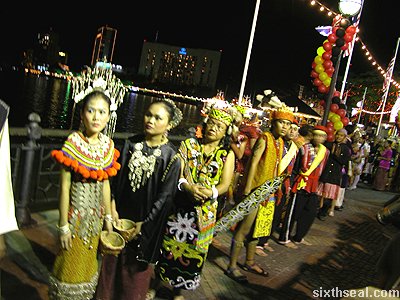 The performers waiting to go to the… 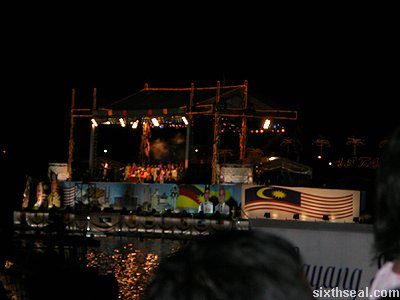 …floating platform in the middle of the river.

There were people waiting dockside to go to the floating performance
stage (probably for security reasons) and there was some dancing and
singing after that. We promptly left. 😉