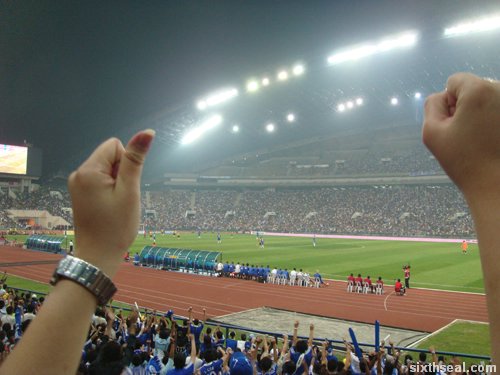 Football is practically the national sport of Malaysia. It’s like dengue, just more insidious. Football fever hits most red-blooded males every four years (World Cup) and we have seasonal outbreaks during the major leagues as well. Symptoms of the infection include a zombie-like appearance at work (due to lack of sleep) and the sports section of the office newspaper mysteriously disappearing.

‘Tis the season again, where football fans gather at mamaks all around Malaysia. I know coz (very) loud cheering can be heard when goals are scored by the punters favorite teams. It’s the EPL 2008/2009 season and things can get so loud and raucous that a mamak 200 meters down the road can wake you up with their boisterous celebration! If you can’t beat ’em, join ’em, I say.

I’m sure a lot of gamers out there have heard of the FIFA series. I have a friend who was obsessed with the game back in high school. Of course, we didn’t have broadband back then (think 33.6 k modems) but now with the massive broadband penetration, the latest iteration of the FIFA football game franchise has gone online! 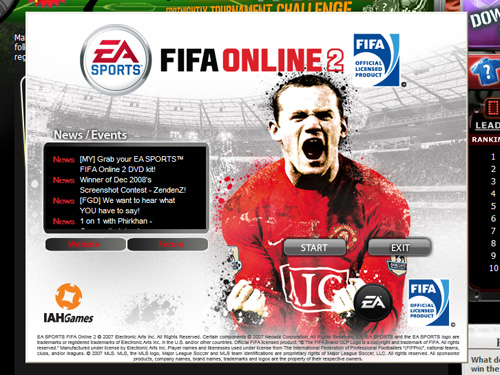 Think of an online football MMO (!). It’s just something that hasn’t been done before. 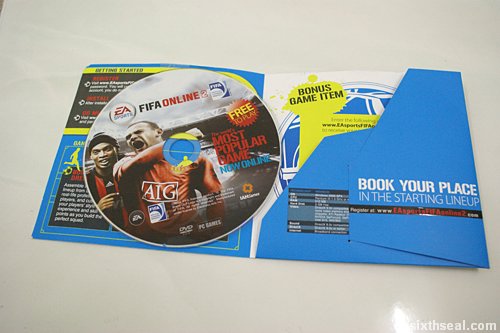 I managed to get my hands on the EA SportsTM FIFA Online 2 DVD kit before it was launched. There is a bonus code in each DVD pack that gives you a special item. The Open Beta Test (OBT) is going on now so you can also download the game client at the official site. 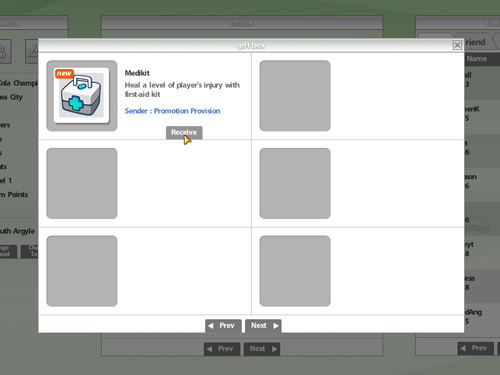 There is a Bonus Game Item in the DVD kit, which can either give you LP (not the vinyl, or the Hokkien phrase – League Points, the in-game currency), Uniform Cards (which awards a mystery player to your team), or a Medical Kit (heals injured players). I got the medical kit with my code. 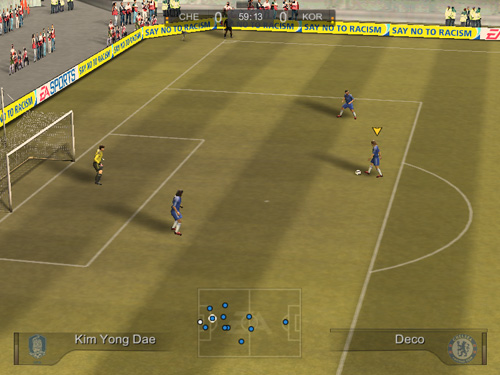 The game guides you with tutorials to familiarize yourself with the game, which would be useful for those who haven’t played a football game before. The tutorials covers the basics, attacking, defending, passing – it’s good enough for you to try your luck in a real match…preferably with a similarly ranked player so you won’t get thrashed too badly. 😉 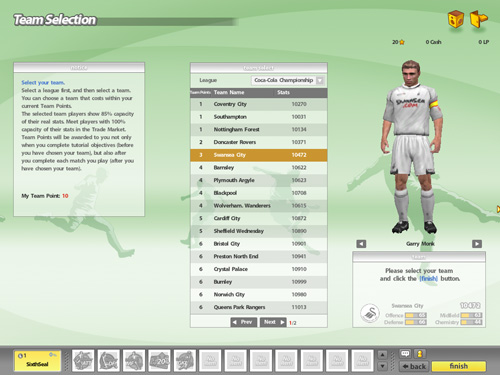 EA SportsTM FIFA Online 2 plays like a football game with RPG elements. You start out with (next to) nothing, a bottom feeder, and work your way up through the leagues. You win points by winning matches and your players “level up” throughout the matches. It’s a persistent game world so all your stats are retained the next time you log on! Nifty. 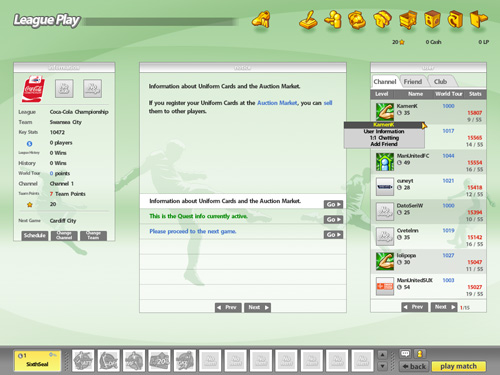 The interface allows you to chat with other players on the server and arrange for matches. I’ve been talking to some of the people in the pre-game chat room and found out that a lot of them are from KL too. 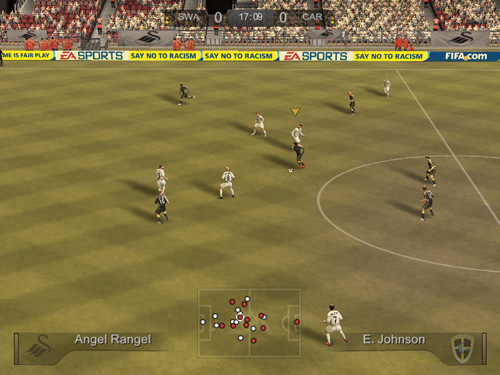 I started my first match with someone who also happens to live in Kelana Jaya (imagine the coincidence) and got thoroughly trashed by him. I blame multitasking for my defeat, my phone rang while I was playing and he didn’t stop attacking despite the fact that I’m AFK. :p 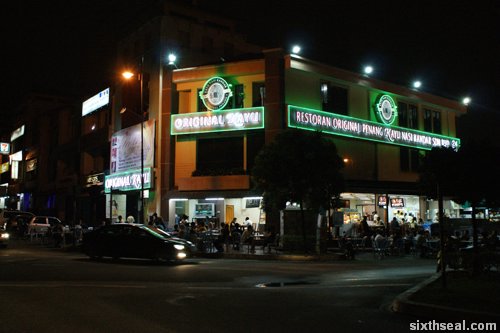 The best part about EA SportsTM FIFA Online 2 is the social interaction. After my defeat, he asked if I would be interested in catching the EPL game tonight at the mamak near my place. A couple of his friends are going as well, so I’m going to drop by too and watch the game.

You can get the EA SPORTSTM FIFA Online 2 CD from 7-Eleven and Popular Bookstores starting 23rd January 2009. It’s an official licensed product of FIFA!

In conjunction with the nationwide launch, a special tournament will be held at selected Internet Cafes. Check with your friendly neighborhood cyber café to see if they’re organizing this event.

Do you think you have what it takes? There’s also the ASEAN Championships scheduled in September 2009 with real life prizes to be won, so get your player lineup ready to beat the best of the best in our part of the world!

You’ll be playing against people from Singapore, Thailand, Vietnam, Hong Kong, Indonesia, Malaysia, Philippines and Taiwan in the ASEAN Championships and the winner of each country will be flown down to Singapore for an on-site match with a total prize bounty of USD 100,000. (!)

My only beef with EA SportsTM FIFA Online 2 is that I’m used to playing FPS games like Quake (ranked #42 in PGL too, back in the days) and my favorite line was “Death from above!”. Well, there’s no “above” on a football field so I can’t use my trademark taunt anymore. Oh well. Perhaps I shall resort to taking a football with me and dropping it on my new EA SportsTM FIFA Online 2 buddy’s head later.

Except I don’t know him IRL and he might not be amused. 😉