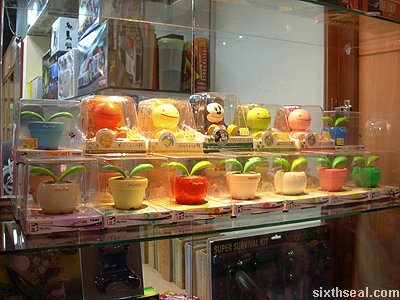 TOMY has a range of Flip Flap novelty items on display when I was in Sibu. There are arrangements of Flip Flap toys of all shapes and colors powered by a high intensity light above the display. There are designs that serenely shake their heads, some that nods their head slowly and pots with leaves that flutter. 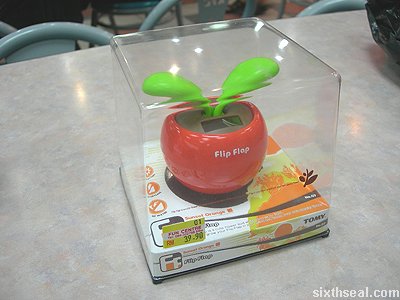 This is TOMY Flip Flap Sunset Orange which retails for RM 39.90 and comes designated with the internal number of No.07. Sunset Orange is a design with a bright red round pot topped with brown colored “peat” and bright green twin leaves. It’s the nicest one out of the bunch. I got it for my gf. 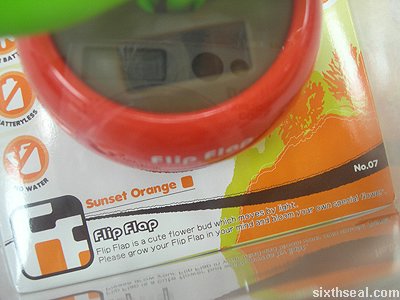 The text at the bottom of the (sealed) transparent box goes “Flip Flap is a cute flower bud which moves by light. Please grow your Flip Flap in your mind and bloom your own special flower”. TOMY is a Japanese manufacturer so excuse the Engrish. 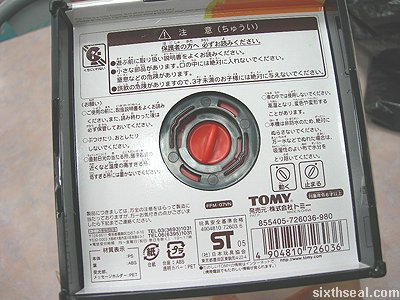 There is an ON/OFF red switch at the bottom of the device (which is not meant to be opened). It is all in Japanese, but you don’t need to be a linguistics expert to understand a simple binary toggle. 😉 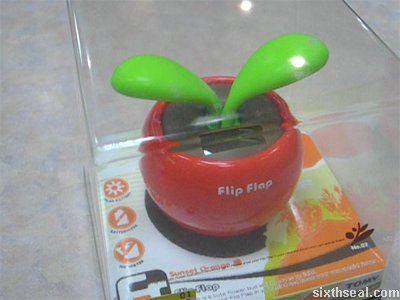 Flip Flap is advertised as a “Solar Battery”, “Batteryless” and “No Water” plant. It runs on solar power and the intensity of the flapping is dependant on the brightness and heat detected by the solar panel on top of the plant.

I positioned the camera flash directly on top of the solar panel in the TOMY Flip Flap plant and it flapped like there was no tomorrow. 😉

The video shows it under normal florescent conditions (was at a KFC outlet at that time).