Food always helps me sleep. Eating a meal before sleeping always makes me feel sleepy so I had
one of those TV dinners. It’s a McCain’s Roast Turkey Dinner. The price is A$4.90, pretty much
standard for full serve frozen meals here. 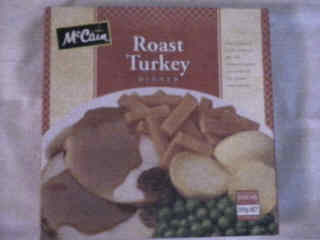 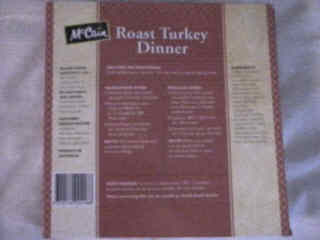 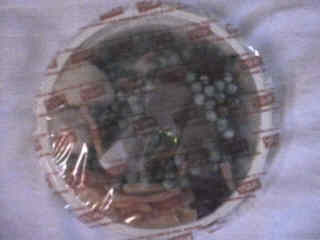 This is what the actual meal looks like. Pretty jumbled up but still presentable and slightly
promising. The colors are there instead of the washed out colors of most frozen meals. 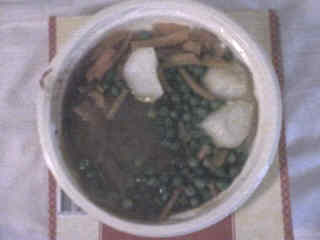 The cooked meal. The turkey is covered by the gravy. Calling it a turkey is an exaggeration.
It’s nothing more than two (thinly!) sliced pieces of deli meat. The shape of the meat is the same
circle slice of deli meat. The sauce is pretty good though, much better than the gravy the halls
dining hall dishes out. The cranberry sauce is very nice as well, but tastes a bit too much like
strawberry jam. The potatoes kept well even after being frozen and tasted like a cross between
boiled and baked potatoes. The carrots tasted as it should. Overall, it’s a pretty okay meal. The
things that ruined it a bit was the deli meat turkey and the small portion. The gravy was good
though, and that’s the most important thing. I’m feeling sleepy now. Nite people. 🙂

Days till I get my digital camera: 1