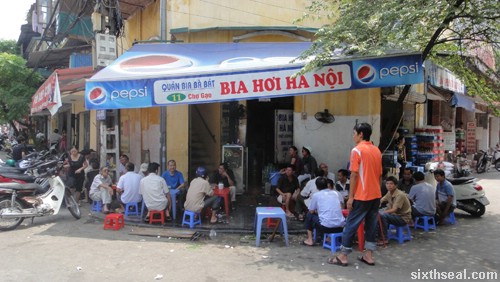 Bia Hoi is a unique cultural experience in Vietnam that I thoroughly enjoyed. Fresh draft beer is delivered daily to bia hois and stored in a HUGE container. It’s served by the glass and each glass only costs VND 6,000 (RM 0.90). It’s icy cold and has a low alcohol content (reported to be around 3%), which makes it perfect for prolonged drinking sessions. 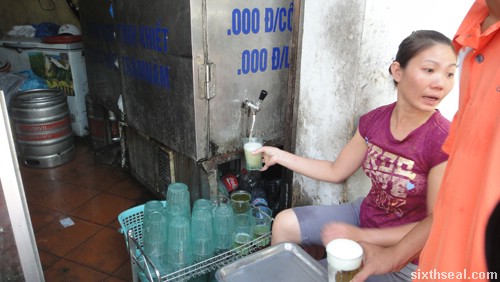 I was lucky to find an real bia hoi where all the locals in the Old Quarter go to just a street down from the place I was staying at. The best thing about the place is that they’re not used to foreigners – I got a lot of puzzled looks when I sat down and people started asking me where I was from. 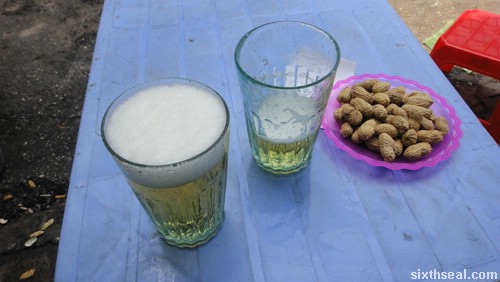 One other interesting aspect is that office workers would drop by during lunch and grab a quick glass of beer before departing again. I think this has something to do with the American occupation and the cultural vestiges left after that but I’m no sociologist so take this with a pinch of salt. 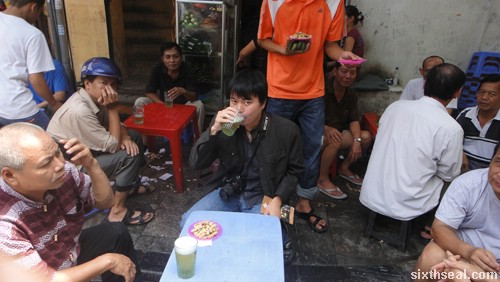 Anyway, they were very surprised at the amount of beer that I can drink and on the second visit on my first day, the owner sat down with me and bought me a beer. This is a friendship that would last throughout the trip, sometimes I just sat down and he waved my money away. He was interested in me and I guess they don’t get a lot of tourists coz he was asking me a lot of questions. 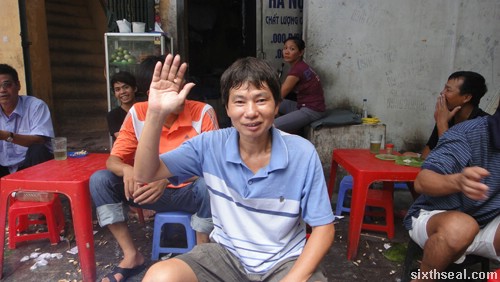 He also had two peculiar traits – a fondness of working ladies (which he claims he can get for VND 30,000 but I never verified since I didn’t take him up on his offer) and an equal enthusiasm for photos (he kept wanting me to take photos of him) but he’s a really nice guy. He actually saved me from being pick pocketed – someone on a bike pulled up and discreetly opened by my backpack and he shouted at the dude in Vietnamese before I realized what happened. 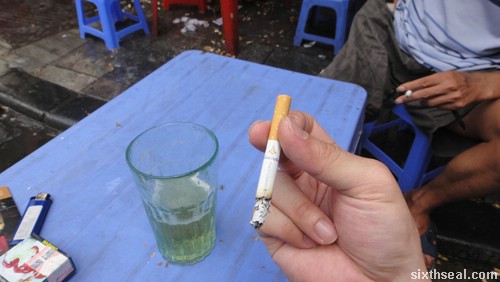 Bia hois in Vietnam is places where the locals congregate to drink and shoot the shit. I managed to meet a lot of the locals there – from dodgy people of dubious career paths to real deal old communists complete with Viet Cong tattoos.

I also learned a method of smoking which is like the Tim Tam Slam. Basically you dip the filter of your cigarette into the glass of cold beer and suck up the amber fluid through the other side. I was surprised that it would light at all but it did and the end result was a cigarette that tastes cold and you get a sip of beer with every puff.

I cannot stress the importance of visiting a bia hoi when you’re in Vietnam. It is where you meet the locals and talk to them. Communication barriers abound but after a few glasses you’ll be using a mixture of gestures and basically speak the same language.

The bia hois are usually adorned with the stools and tables common in the Old Quarter of Hanoi and it’s a great place to hang out before and after you’re done with the day. The fresh beer comes in right in the morning so be sure to catch that batch – it’s a refreshing breakfast to start your day! 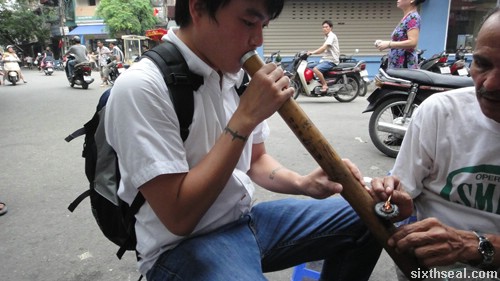 I also learned how to smoke their tobacco pipes in the local bia hoi. I was sitting with this bunch of people passing around a communal pipe and one of them offered me the pipe. It’s not like smoking a bong at all – the trick is to inhale and sorta blow out the excess burnt tobacco and inhale again. 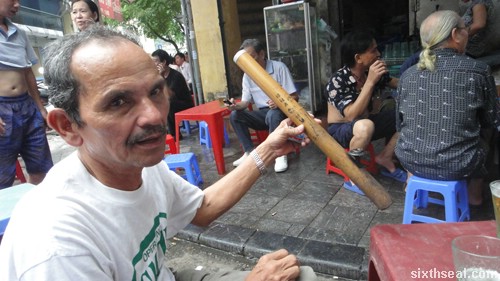 The tobacco pipes is filled with…you guessed it, fresh beer and it’s guaranteed to make your head spin after a couple of hits if you’re not a heavy smoker. Heh! 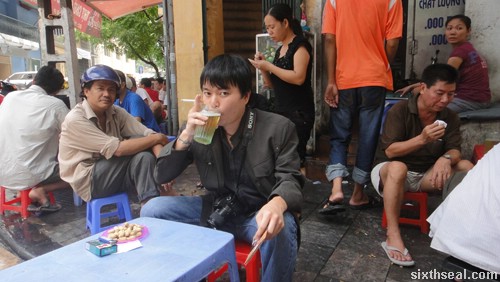 If you’ll ask me to name a place where I felt most at home while on vacation in Hanoi, Vietnam – it would be hands down the local bia hoi. No contest.