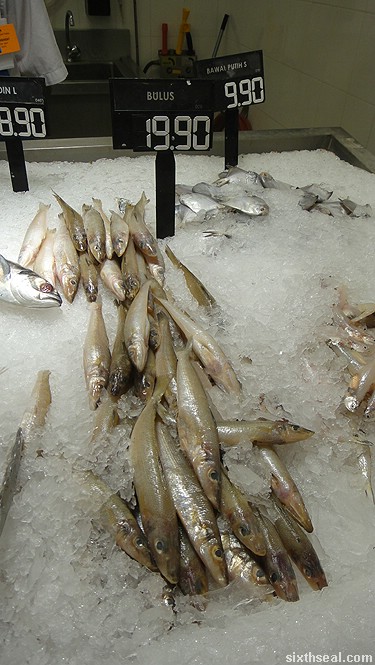 Bulus is a fish that has become a staple in our kitchen. It’s commonly called silver whiting (sillago sihama) and it’s a wee little fish. The largest ones are not much bigger than a sausage. It’s easy to cook (always a plus point) but relatively expensive at RM 19.90 per kg. 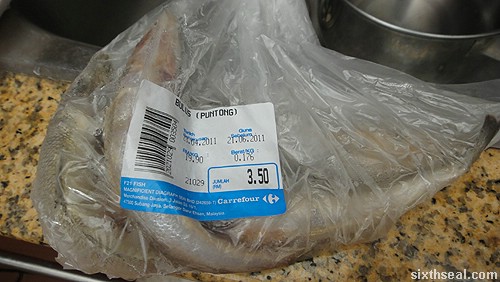 Anyway, I say relatively because there are a lot of other species of fish like catfish, kerisi, gelama etc which comes in under the RM 10 price point and this is double that. It comes up to about RM 1 per (small) fish. However, what bulus (silver whiting) has in its favor is that most of its weight is fish meat – there’s no large head or bones to take up excess weight. 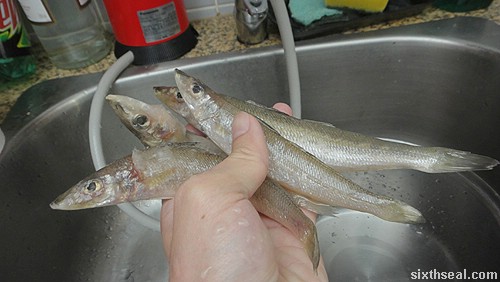 The flesh of ikan bulus is also sweet and has an almost silky texture so it’s worth the price premium. 🙂 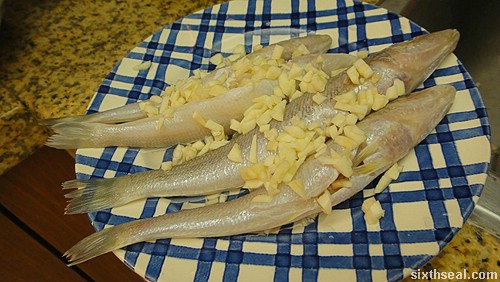 Silver whiting is best served marinated and deep fried with corn flour. It’s also wise to ask the hypermarket people to descale and gut the fish so you don’t have to do it yourself. 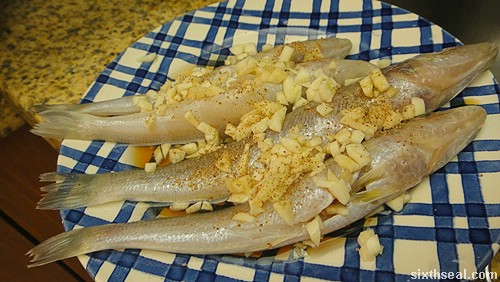 Just marinate the bulus using the ingredients above (or change it depending on what you have in your kitchen cabinet) and sprinkle some finely chopped raw garlic on top. Leave this for about 30 minutes.

Anyway, have you noticed that all the garlic has disappeared in the photo below? No, we didn’t discard it, there’s a trick here that we use to make it taste better. 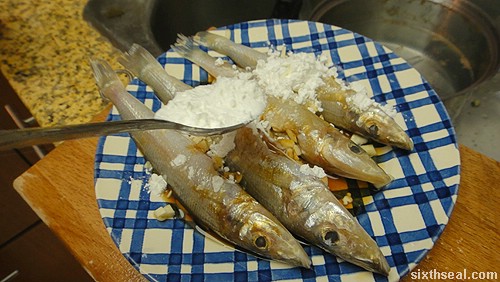 Stuff the raw chopped garlic into the (gutted) fish’s stomach right before you spoon the corn flour over the silver whiting. It’s a simple but neat touch that gives you a tasty surprise when you bite into it. 🙂

We use Brown & Polson corn flour (the ones that come in a rusty hued can) to coat the bulus. This is a product that goes back ages. I remember seeing cans of this in my grandma’s kitchen. Heh! 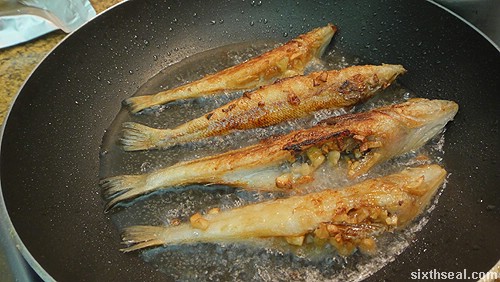 Slide the garlic stuffed fish into hot boiling oil and flip it once in a while. It only takes 3 minutes to cook due to the size and with that amount of cooking time, it’ll be crunchy enough to eat whole – bones, head and tail. 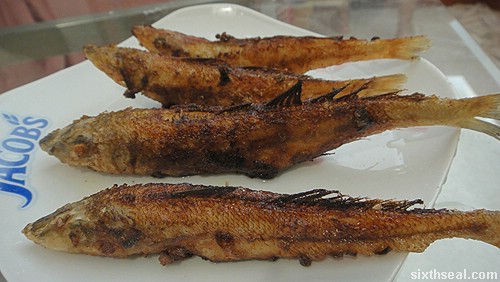