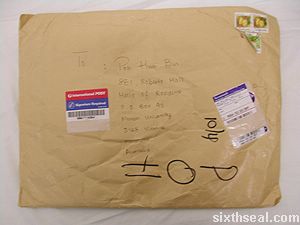 I just got the birthday present from my girlfriend today. 🙂 It
takes ages for registered mail to get from Malaysia -> Melbourne,
don’t know why that is. 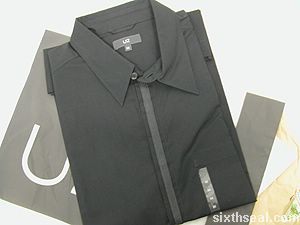 It’s a U2 black shirt. 🙂 I think she remembers the U2 purple one
that was my favourite in 1999/2000. I don’t remember why, but I
developed some kind of weird attachment to that one and I was wearing
it every third day or something like that. Heh. I haven’t got a black
shirt so this one would fit into my wardrobe nicely. Thanks Louisa! 🙂 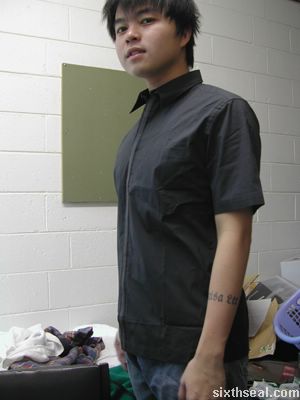 I just received those mini-sticker prints from my girlfriend though the mail! 🙂

Here’s a glimpse into my personal life: 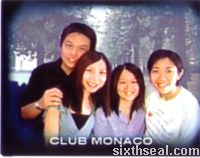 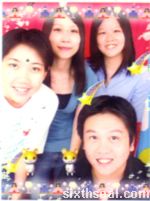 You can guess the cast from the list above. 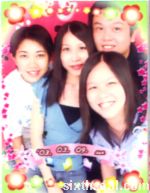 The pics are small because I could only make the pics quadruple the
original size before the scan quality degrades. The source was a small
photo sticker.

You took the best so why not take the rest?
Why not take all of me?
– NOFX’s Olive Me

I love you Louisa! 🙂

On another note, war in Iraq has started and Iraq retaliated by
firing missiles at Kuwait. Kuwait??? Why Kuwait? I wonder how Saddam
Hussein’s mind works. I thought with his anti-Zionist tendencies, we
would have fired at Israel. Don’t get me wrong, I have absolutely
nothing against Israel or Jews, just speculating why he fired at Kuwait
instead of Israel. Scuds can reach Israel as seen in the first Gulf
War. Perhaps he’s scared of fierce retaliation? I’m still scratching my
head…someone help me out here. Or does Saddam have something personal
against Kuwait?

For the record, I think US is a dangerous bully and Bush is a loose
cannon. Why isn’t anybody doing anything other then vocally
“condemning” the strikes? AFAIK actively seeking to assassinate the
leader of another country violates international law. They didn’t even
get UN backing. Oh well, might makes right. 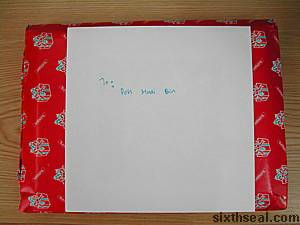 I got a belated Christmas present from my girlfriend today. 🙂 It’s a box of Ferrero Rocher and a card. 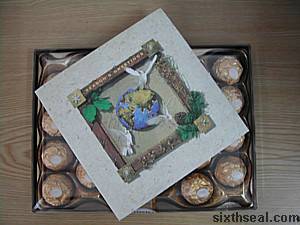 I woke up really early today and got some breakfast and went to
Bukit Aup with my girlfriend to walk around before she took the
afternoon flight to KL. 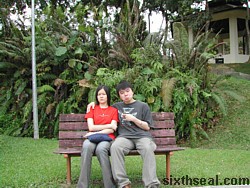 This is a picture of us making sad faces at the digicam.

Anyway, she’s currently on a plane flying over the South China Sea
(if I got my geography right). I love you dear and take care in KL. Me?
I’m sitting in my room, eating candy my parents got from their trip to
China that looks like it has been wrapped in intricate colored
wrappings but is actually peanut candy coated with a shiny sugar layer
which makes it look like a wrapper, but is actually not. 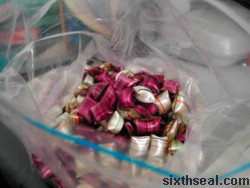