A long time ago, in the Open Market in Kuching not so far away…

Me (stoned): This is a classic example of what I’m
talking about – the ang tau chan lok bowl as the female representative.
Men are greedy creatures; they want their partner to be everything…to
be sweet like the gula melaka in the ang tau chan lok bowl and also to
be good in “other” aspects like the green squiggly bits in the ang tau
chan lok. Variety. Men want the whole bowl to themselves, signifying
their possessiveness for the partner, to be theirs and no one else’s.

Friend: What if I dump some chilli sauce into my ang tau chan lok bowl? What does that mean? 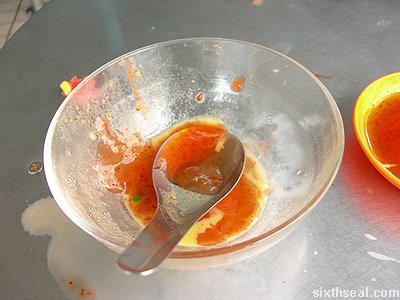 Me: That means you also want her to be spicy in bed. You want the best of both worlds.

Me: That is an acquired taste, yes…

Friend: What if I take this sio bee here, and dip it into the sweet and spicy concoction and eat it? 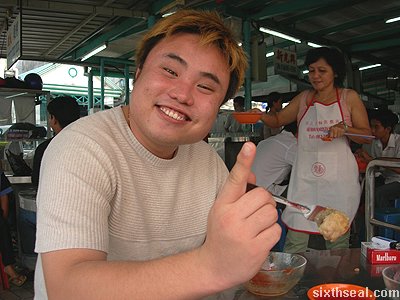 Me: Oh, that’s not good, my friend. You want to
have your cake and eat it too…but then, don’t we all? And that, is
the ang tau chan lok bowl theory. Everything can be explained by it.
Everything.