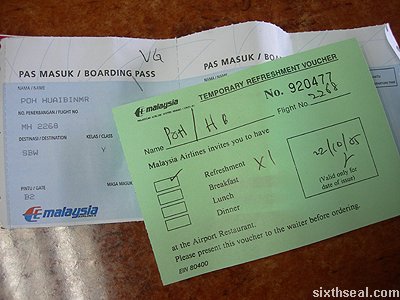 I booked a ticket to come back to Sibu for the weekend (arriving
Saturday night, leaving early tomorrow morning – Monday) just to attend
to two birthday celebrations. The flight I was due to be on was 2:50 pm
from Kuching to Sibu…and close to the departure time, the dreaded
R-word came over the PA – it has been retimed. 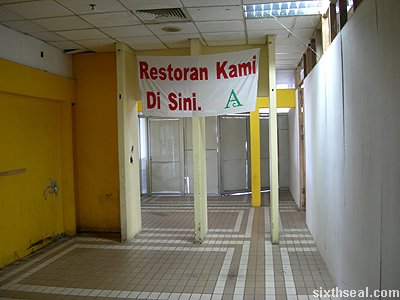 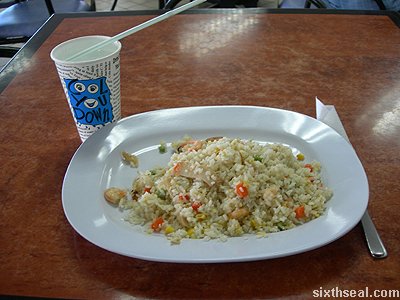 I wanted a sandwich but the sandwiches were all sold out so I
settled for some fried rice and a 100 Plus drink (it’s an isotonic
rehydration drink that’s very popular amongst drug users in Malaysia).
The flight has been retimed to 4 pm and then to 4:40 pm and I feared
that this would be a repeat of my previous business trip to KL (where
it was retimed for more than 8 hours). 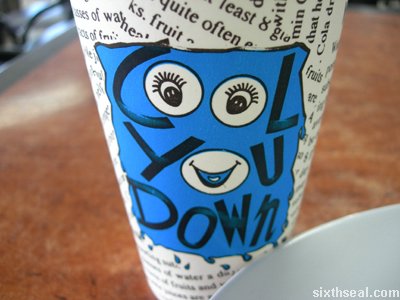 The announcement came that our flight has been retimed AGAIN to 5:30
pm and then again to 5:35 pm. It’s a good thing that the drinks come
with those “Cool You Down” messages coz I was really
not amused by this tardiness that MAS seems to exhibit lately,
especially as I have a birthday dinner to go to that night. 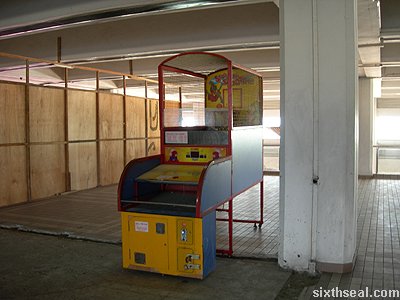 I had to stare at an abandoned and broken down basketball
entertainment machine that’s been left aside by the construction work
and took a healthy dose of codeine to wait it out. The flight finally
departed at 5:40 pm yesterday evening. I just arrived yesterday and was
barely in time to attend the birthday dinner and I have to depart again
tomorrow at 7:25 am.