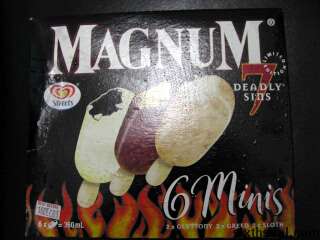 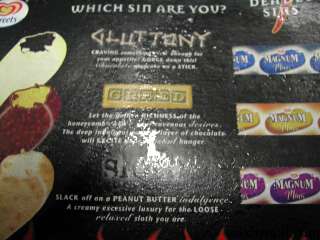 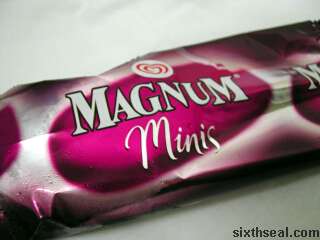 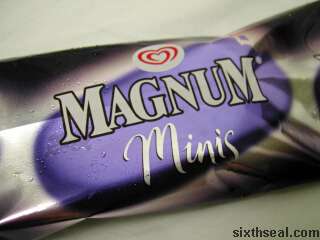 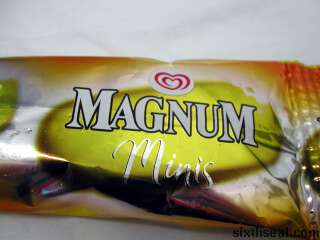 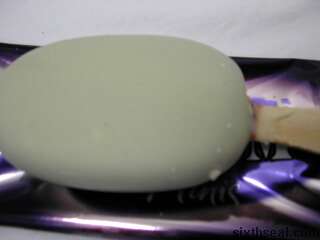 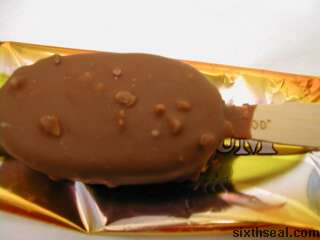 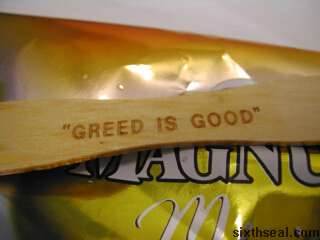 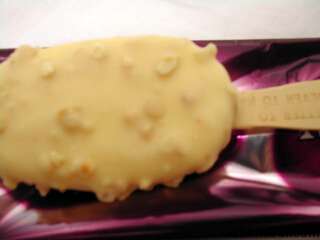 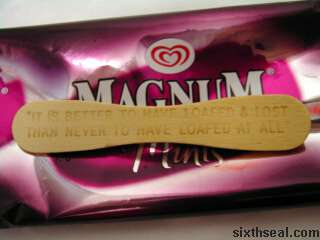 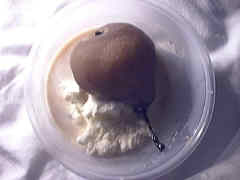 Dining room dessert of the day – Poached pear with ice cream. I love this stuff.

Did a late night Coles run with Adrian to boost energy levels (by getting
sugary stuff). Magnum is doing a promotion where they have the 7 deadly
sins as different types of ice creams. It’s supposed to be limited
edition, in that it’s only available for 4 months. I got all 7 different
types and so far, I’ve eaten the Sloth one. Those who know me will
recognize ‘Sloth’ as my sin. Heh. The ice cream stick even has a phrase engraved
into it. The Sloth one goes 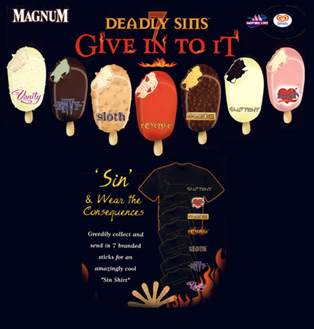 I’ve taken photos of the different wrappers. See them here: