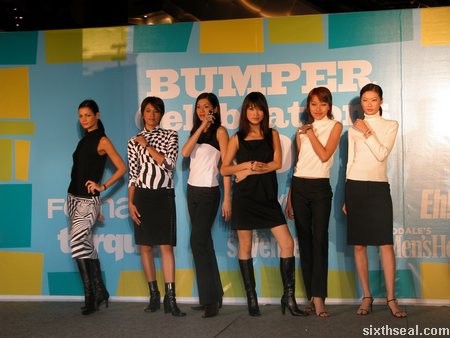 I went to Lot 10 exactly one week ago and caught the Movado fashion
parade in the afternoon. Here are the photos from the show last Sunday
(28/09/2003), I haven’t had time to post them up before today. 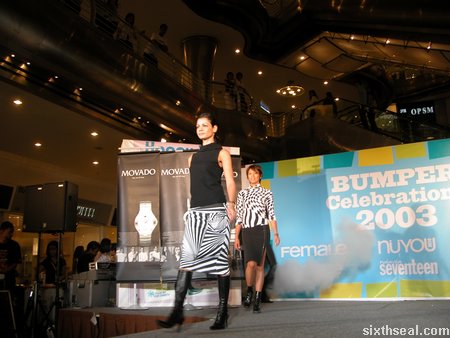 The models walking out with dry ice hissing. The show begins… 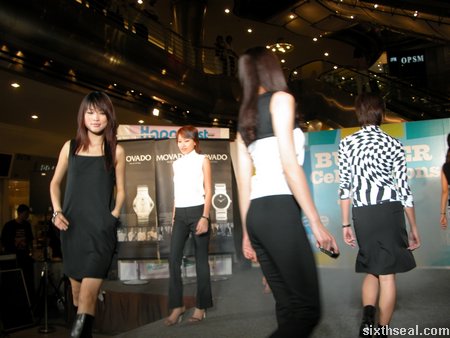 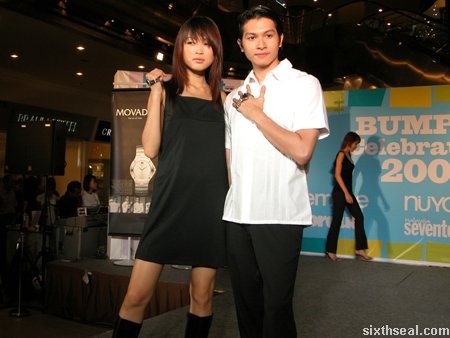 A female and male modelling the watch. 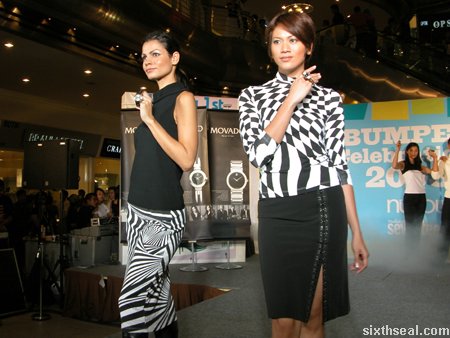 Two of the models – apparently the general consensus of the group
(minus me) found that these two were the most aesthetically pleasing in
the lineup. 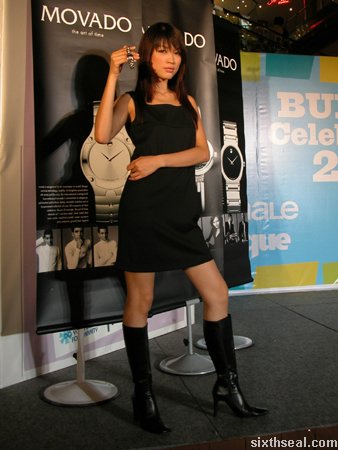 My vote went to this girl. 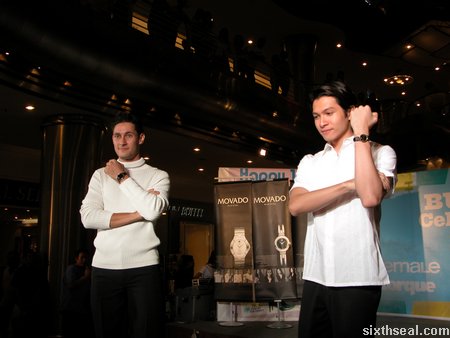 Here’s a photo of the only two male models in the lineup. 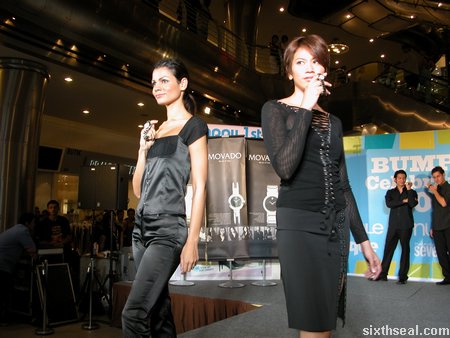 Here’s another shot of the two female models. It looks similar to the
one above, but it’s not. The pose is the same, but the attire is
different. Look closer, I was amazed by the commendable full posture
recall and reconstruction they had. Very versatile. 😉 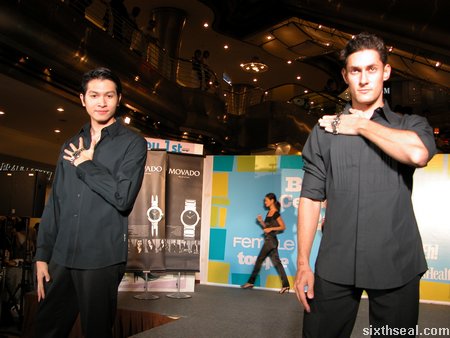 And here’s another one of the guys. 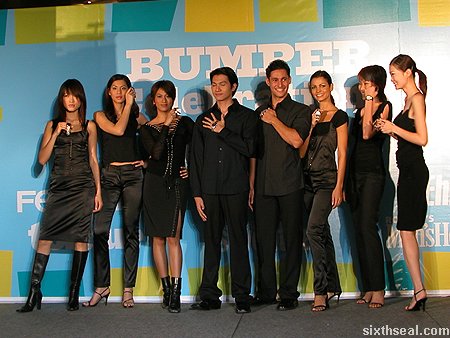 The finale of the show – the final model lineup.