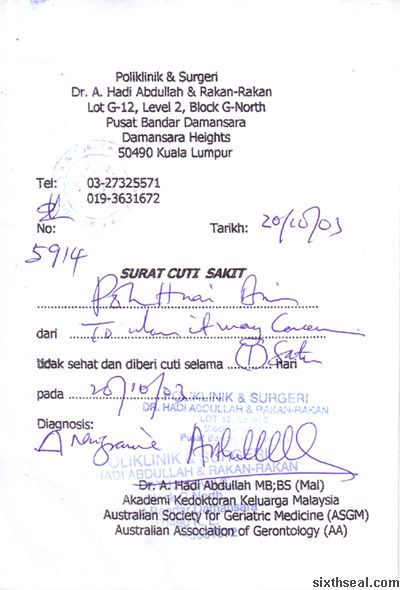 This is my Medical Certificate. I was not able to make it to work
today. Yeah, I’m aware that this is the not first time it happened. :p
I was not faking it, I was not feeling well. I wouldn’t spend half my
daily salary just to get an MC anyway, would rather go to work. Anyway,
I woke up feeling nauseous and throwing up (I seem to have a generosity
that compels me to make offerings to the porcelain god) and with a
migraine.

I went to see the same doctor I saw last time – Poliklinik & Surgeri Dr A. Hadi Abdullah & Rakan Rakan
[sixthseal.com] at Pusat Bandar Damansara this afternoon. I mean
yesterday afternoon, it’s past 12 am so technically this happened
yesterday. It’s the closest clinic. The doctor was not in – I was told
he went off to have a drink. I waited for a while and then got to see
the doctor and told him about my symptoms. 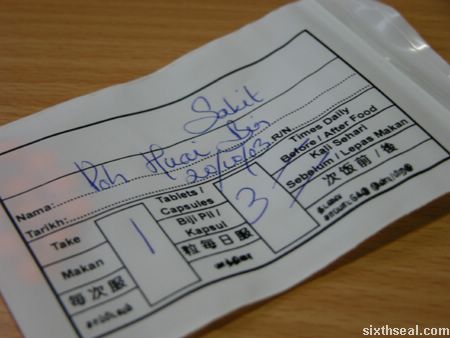 I also mentioned that I usually take DF118 (30 mg dihydrocodeine
only tablets) for migraines and he said that he doesn’t carry that
because it’s a restricted drug. Funny, I get it over the counter in
Sibu. 😉 Anyway, the doctor said he’ll give me something stronger and
my ears perked up, hoping to hear Oxycontin or something like that. 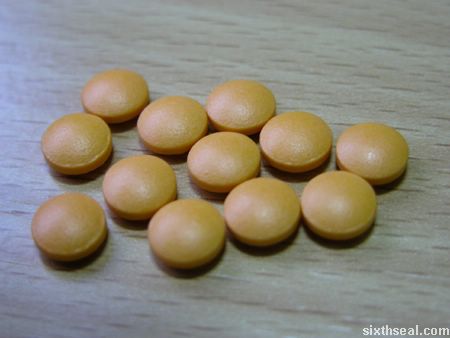 When you said stronger, I was expecting something else…

He said he’ll give me…..Voltaren. That’s diclofenac, a NSAID
(Non-Steroidal Anti-Inflammatory Drug). I don’t know how his logic
goes…stronger than dihydrocodeine indeed. This is not “something
stronger”. NSAIDs does nothing for me, real migraine medications has to
have opiate agonists in it. 😉 I’m kidding, btw, let us move on, this
was supposed to be a short post coz I’ll have to sleep early tonight. 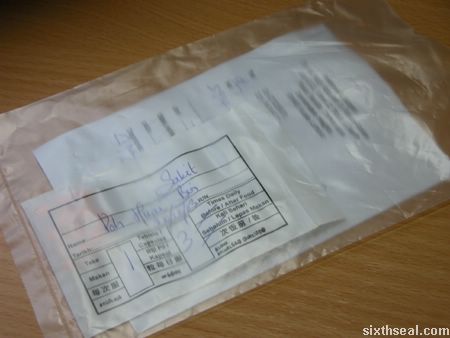 I did not take the photo through the plastic bag last time, I just
noticed that, there was a revelationary moment for a moment, but it’s
gone now, I forgot what it was.

My apologies for not being able to reply the comments today, I have
to sleep now to go to work tomorrow and I’ll reply every single one
tomorrow. Hmm…I think I’ll have a mug of milo with biscuits and then
sleep. Night people, see ya tomorrow.

I’m perfectly sober, why do you ask?