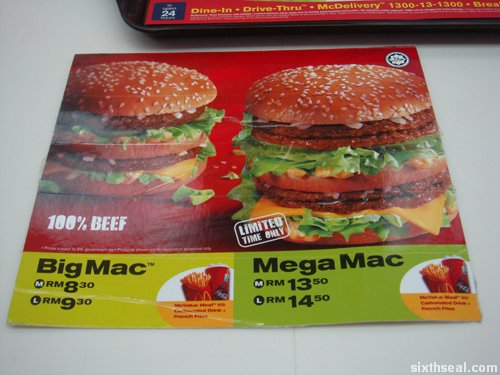 McDonald’s is now offering the Mega Mac for a limited time only. The Mega Mac is a super sized Big Mac with four (4) beef patties instead of the usual two. It retails for RM 14.50 for a large value meal. 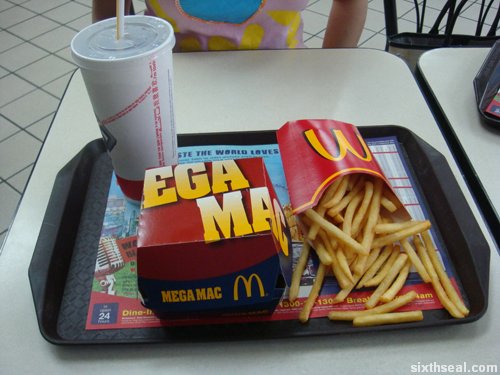 I went there after work today since I felt like I could handle the four patty behemoth, having skipped lunch and all. 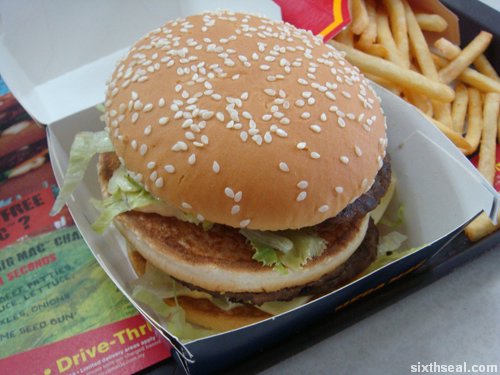 It is basically a huge Big Mac with double the amount of patties. 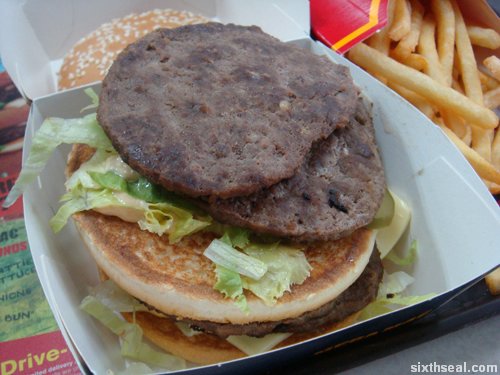 There’s nothing new about Big Macs (having being around since time immemorial, or so it seems) but there’s something appealing about biting into the largest burger ever produced by McDonald’s (exception being the Half Pounder promotion in Australia). 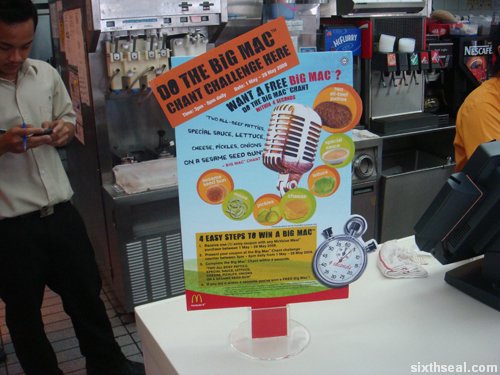 The Big Mac Chant is also doing the rounds this time with an online and offline advertising blitz. It’s a phrase you have to say within four seconds (probable tie in to the four beef patties a.k.a, “four times the kick” Mega Mac) to win a free Big Mac. 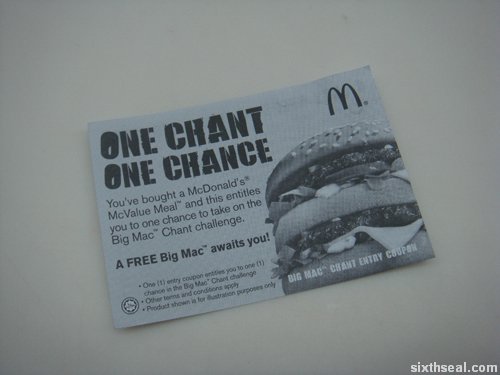 I was the only one at the Big Mac Chant Challenge Counter at that hour and I guess I was probably the first in Sibu to attempt it (since they had to set up the counter for me) but I did it in 3 seconds flat. 🙂

It was very appealing experience to have the McDonald’s crew crowd around the counter to watch me do it. I could hear people coming from the kitchen area asking the timer whether I did it and several comments of “Cepatnya” (He’s fast) from the crew. Heh! 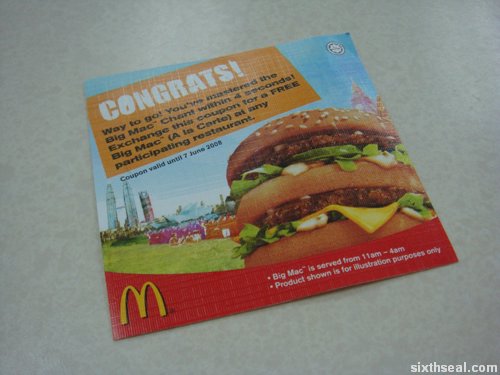 Guide to the Big Mac Chant:

It’s essential to finish the entire chant in one breath so take a nice, deep breath before attempting the Big Mac Chant. Most people can probably finish it in about 3 seconds if you take a minute or two to practice first. 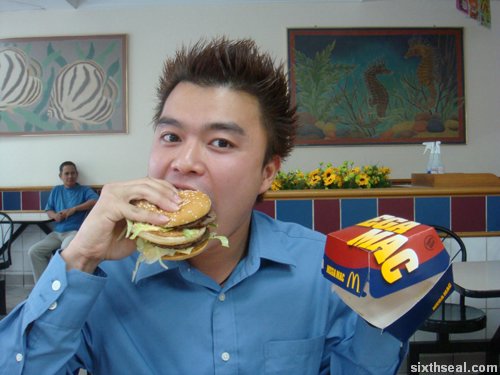 I can handle it!