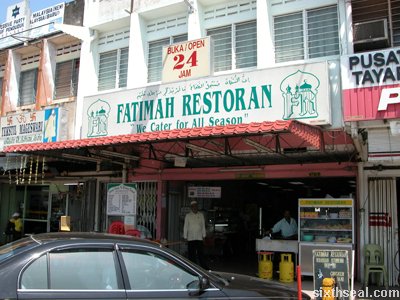 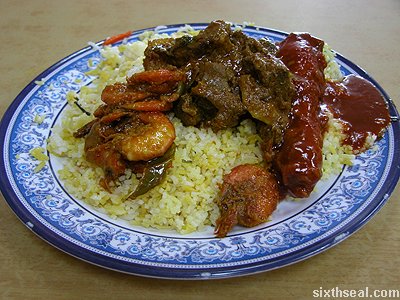 Fatimah Restaurant is located on the way back from Port Dickson and
is under the jurisdiction of Majlis Perbandaran Port Dickson (MPPD),
which was the first sign that we weren’t in DBKL territory anymore. I
had nasi campur (chose the nasi kuning (yellow rice)), with nice, spicy ayam masak merah, curry kambing, and udang pedas. It was somewhere between Lukut and Sepang, I believe…it took several hours of driving…

It’s my first review of a place in Negeri Sembilan. 😉