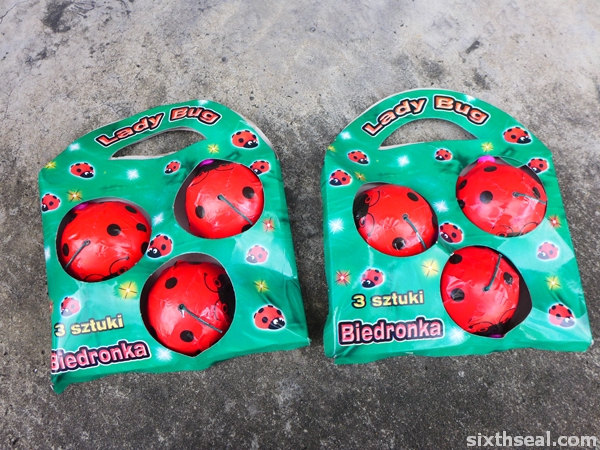 I came across some interesting novelty fireworks this year. The Lady Bug is a fist sized firework painted like a ladybird that’s supposed to launch several stories high into the air. I thought that was quite an impressive claim so I got a few packs.

It’s sold in a pack of 3 for RM 15, which makes it RM 5 for each of the ladybird fireworks. 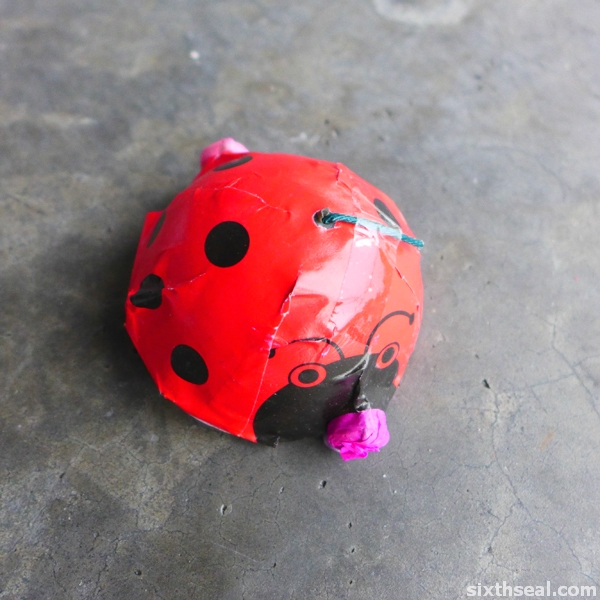 Lady Bug fireworks is basically a spinner connected to an aerial shell-like lift charge. I think that’s how it works – I didn’t dissect it to find out.

The ladybird fireworks really shoots up to 4-6 stories. It’s variable – I’ve seen some that goes higher (about the same range as a 3” aerial shell would go).

I’ve seen a lot of people lighting these off – it’s a straight vertical lift after some furious spinning action. I reckon a *report* at the end of it’s apogee would make it more interesting though. 🙂 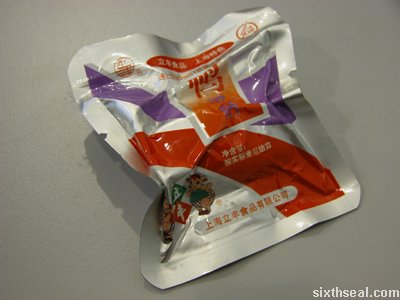 Bernice passed me one of these…I’m not really good in Chinese (the
written and reading comprehension bit), so I didn’t know what it was.
She got two while visiting someone and I assumed that it was a plum or
something like that. 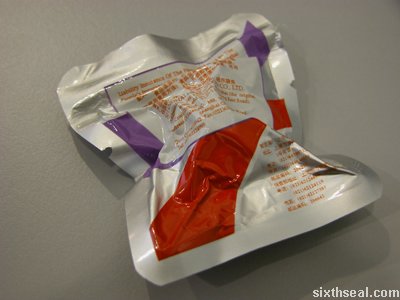 It looks like a plum from the way it’s packaged. Perhaps a nice, rare juicy plum, individually packaged for freshness. 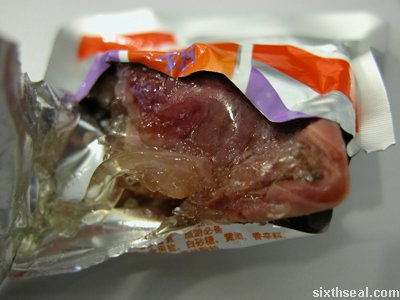 It wasn’t plum. I was pleasantly surprised when I opened the tiny pack and saw what looked like meat. Mmm…meat. 😉

I only knew that it was liver after I got her to read the packaging.
It’s preserved duck liver. The wonders of food technology! I was amazed
that it was still juicy and tender, very tender, after being packaged
in this manner. It tasted fresh too, not like something out of a can or
something. 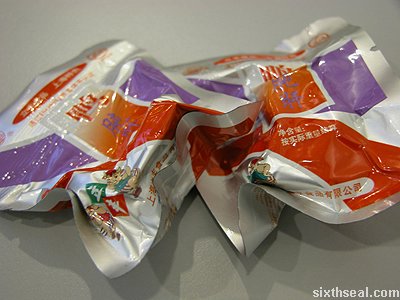 Well, she managed to get some more of these preserved duck livers
and I thoroughly enjoyed every single pack. It’s not available here;
she told me the person she got it off from just came back from a trip
to China. It’s really good. The texture isn’t like one of those beef
jerky types, but like an actual succulent piece of deli meat. 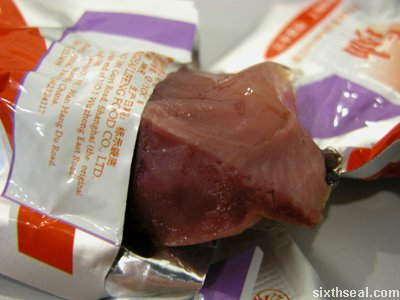 It doesn’t taste like liver too, but here’s another shot of it
during the second taste test. It does look like liver once you open it
up and take a real good look at it. Good duck liver, with bits of fat
intact and did I mention how juicy it was?

I hear preserved duck liver is considered a delicacy in China, where this product is made.