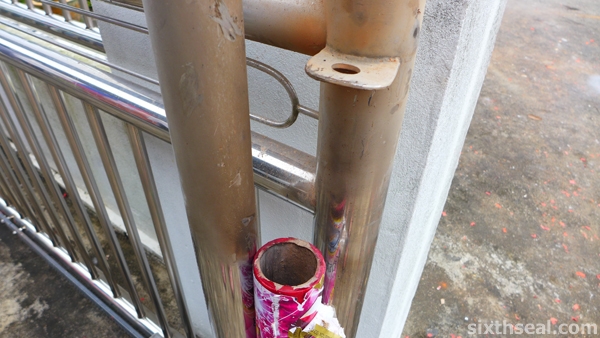 I had a rather gnarly experience during Chinese New Year earlier this year – one of the locally produced 3 feet Roman Candle style mortars with 5 x 2” shells exploded barely a meter in front of me!

Yup, this is the precursor to the *badly delayed* annual Chap Goh Meh fireworks and firecrackers round-up of 2013 (post up tomorrow!). I had procrastinated due to the sheer amount of videos I had to upload so I decided to put it up during Hari Raya Aidilfitri – another occasion for fireworks, though not as large scale. /excuses 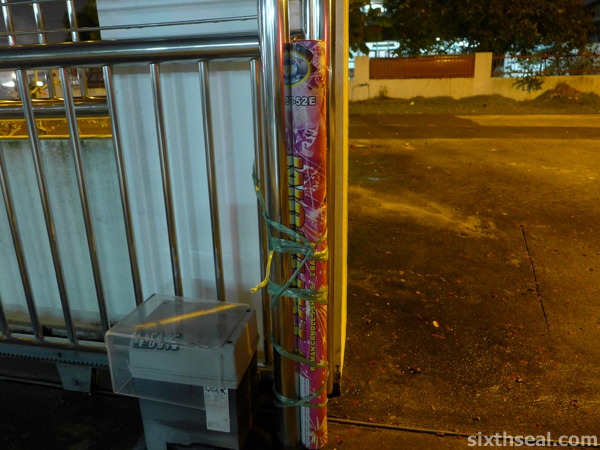 I bought two of the 3” long Roman Candle mortars that shoots out 2” shells and let off the more powerful version – a dual salute (report) with stars. To give you a perspective of how large the aerial shells are, here’s a 2” shell from a reloadable mortar: 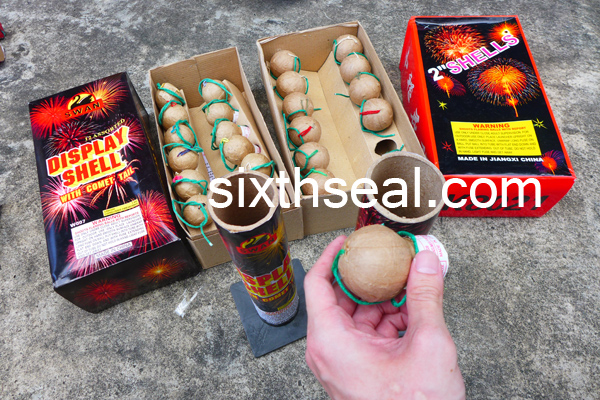 Anything re-loadable above 1.75” is classified 1.3G – requires a licence in the US and is a possession is a felony – they’re not meant for consumers but professionals. However, in Sibu, anything goes – even 3” and 5” display grade shells.

This particular disposable cardboard mortar is not the more intense 3” aerial shells that we launch from a metal mortar tube made by local blacksmiths. 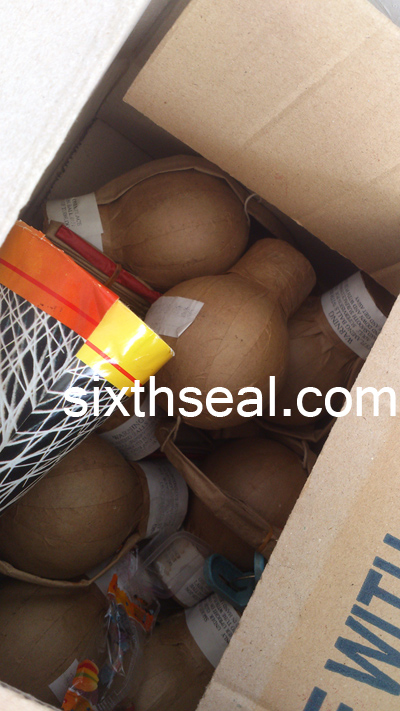 The 3” fireworks shells pictured above from my stash are definitely not consumer fireworks. I played with them last time but lost my mortar, one of this exploding 1 meter away would do me serious bodily harm. 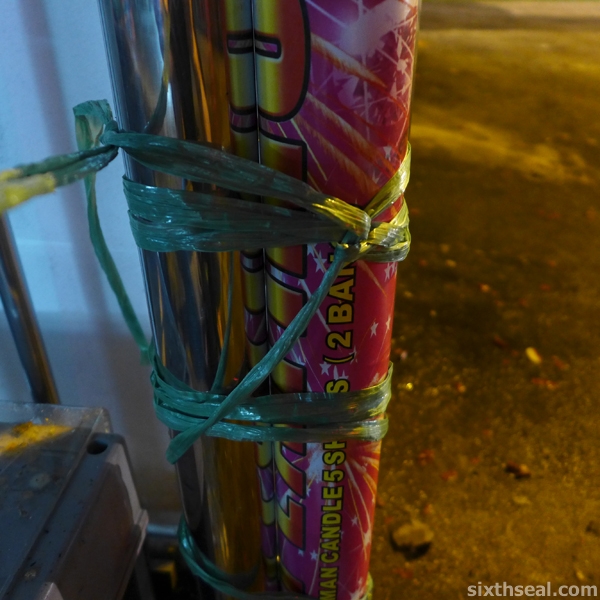 I had stupidly tied the 5-shot Roman Candle disposable aerial shells to my automatic gate with shabby nylon. It’s supposed to be half buried (1 ½ feet) into the ground for safe display. 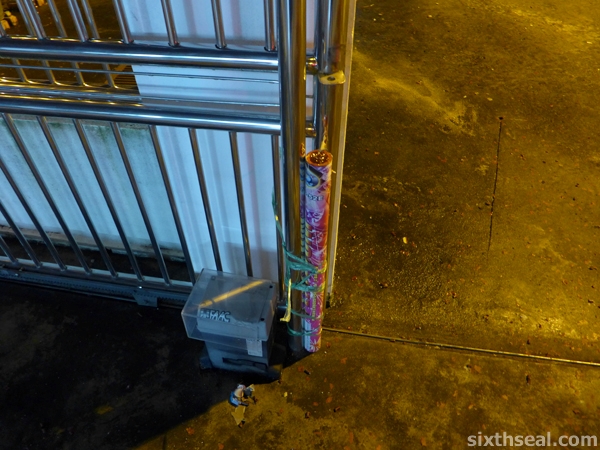 What I *didn’t* see was that the mortar was really close to being blocked by a solid metal piece welded to the gate. 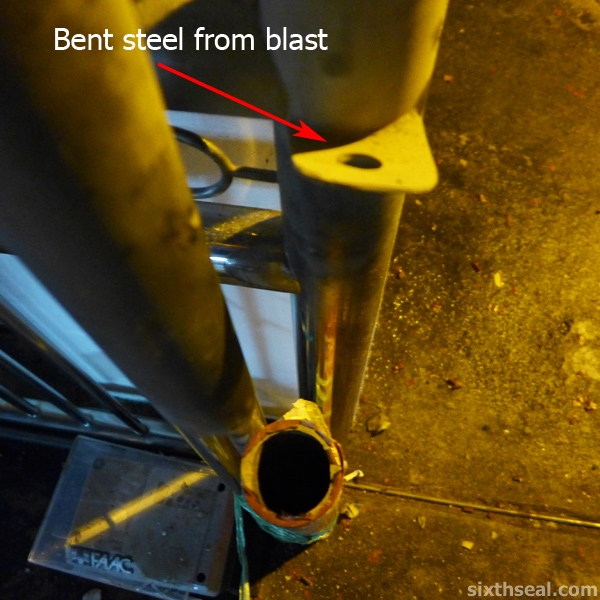 Full video of the fireworks accident

The problem with the digicam is that it cuts off the last 3-4 seconds so you can’t really see #8 but the pressure wave was so strong that my dad, who was standing at the door, felt it.

These 2” aerial shells are supposed to explode harmlessly hundreds of feet in the air.

Instead they exploded *right in front of me*.

It wasn’t fun, people and property could very well have been seriously injured/damaged but it’s a good thing nothing bad happened. 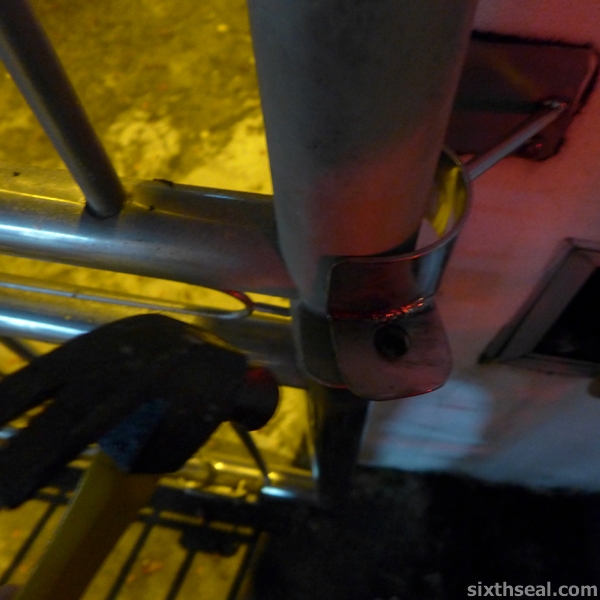 I had to use a hammer to knock the 1” stainless steel gate that bent (!!!) at the force of the explosion impact though. -_- 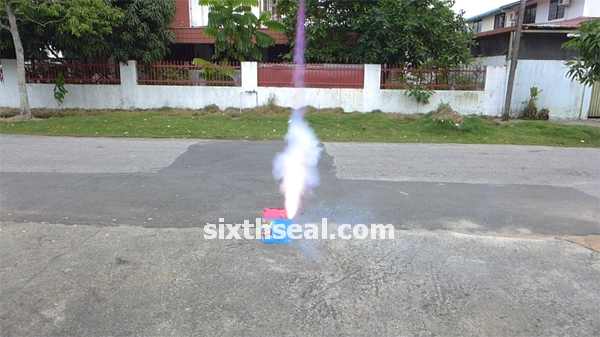 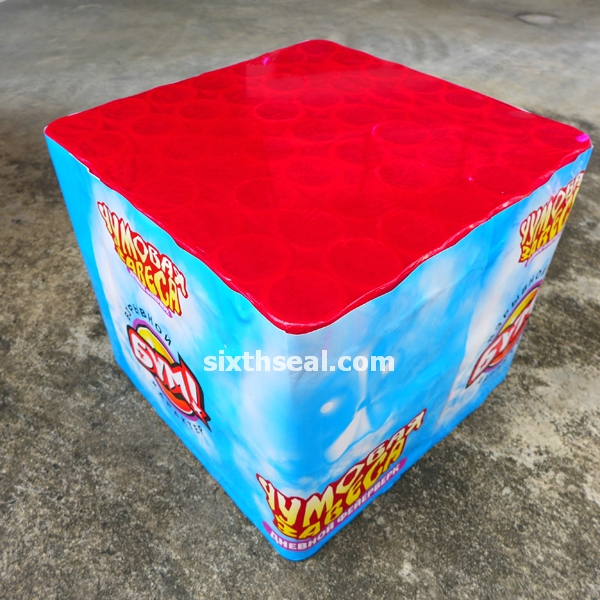 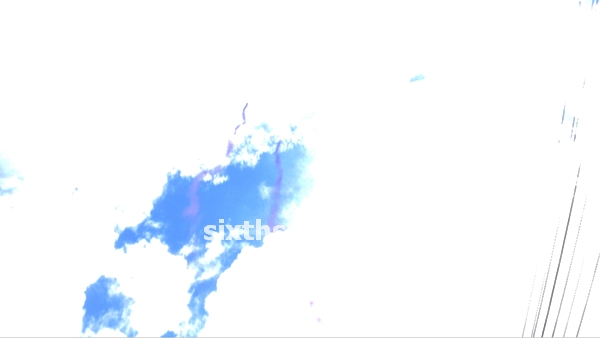 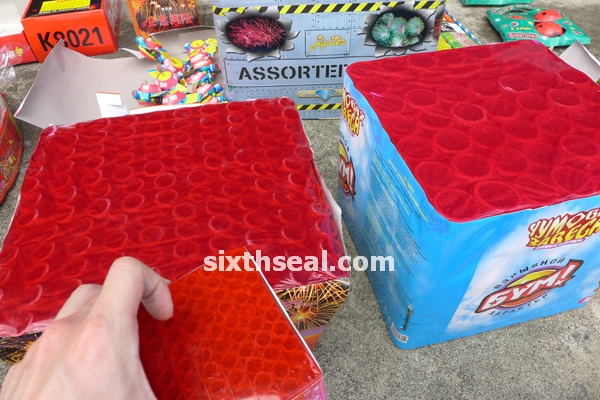 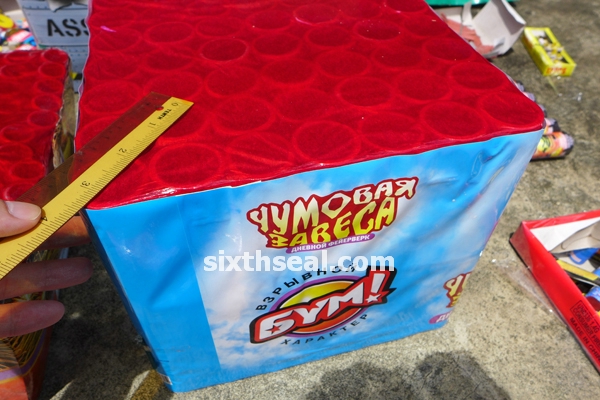 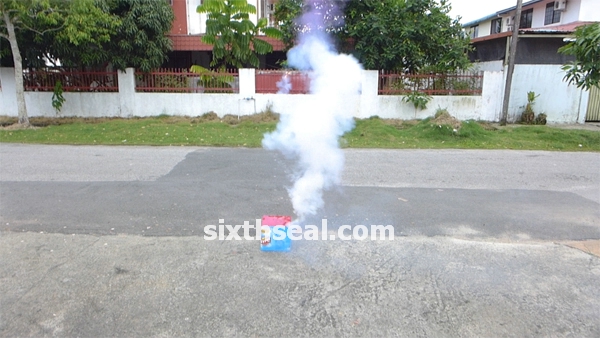 Unfortunately, I had set my video mode to Shutter Priority so the sun completely washed out the smoke salute display. 😡 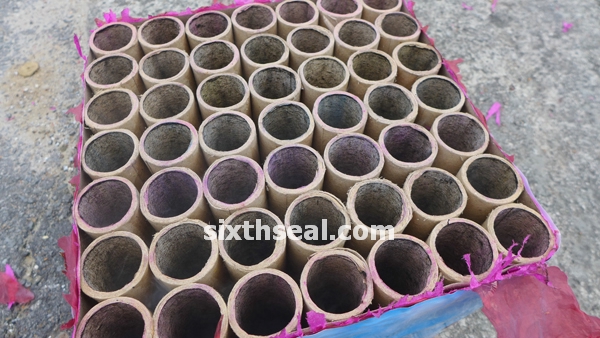 It’s actually a very nice show and I’ll definitely be getting more of these next year. I’ll remember to film it better next time. The colored smoke lingers around in the air for a while and the vivid colors from the aerial smoke salutes makes for a novel daytime fireworks cake. 🙂