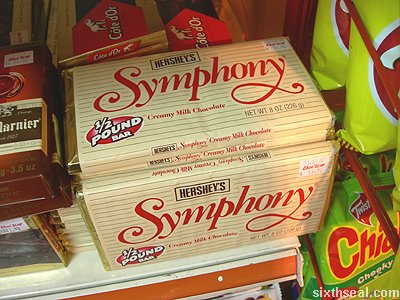 Hershey’s Symphony is a milk chocolate candy bar made by the largest chocolate manufacturer in the United States. I picked it up at ChocShop at the airport during my flight back earlier this week. 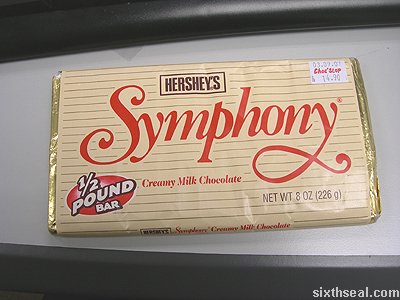 Hershey’s Symphony retails for RM 14.90 and is made by Hershey Foods Corporation in the US. The bar looks rather retro with its linear lines and beige background superimposed with the stylized text “Symphony” in classic red. 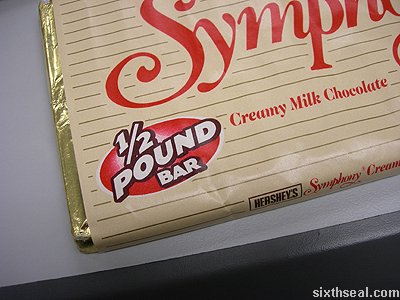 The chocolate bar weighs 1/2 a pound, a fact that is proudly declared on the lower left side of the wrapping. This contributes much to the retro look as does the scheme – it’s meant to look like sheet music (as in music sheets, not shitty music). 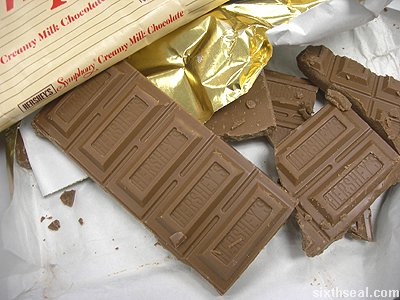 The 1/2 pound milk chocolate bar opens up to reveal blocks of chocolate with the Hershey’s logo on it. I had forgotten about it ever since I left it on the office table when I came back to Kuching until just now. I had it for lunch. 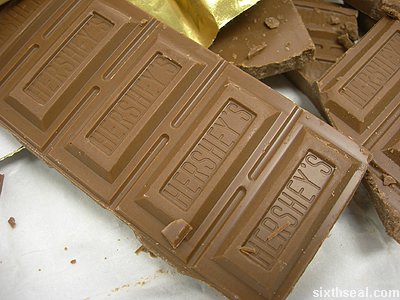 Hershey’s Symphony tastes like mid-range milk chocolate – with potential, but never quite achieving greatness. It was a good lunch nonetheless.