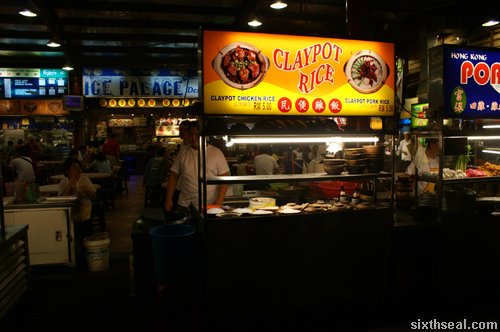 The humble Claypot Chicken Rice is something which I’ve actively hunted whenever I get a hankering for it (and even when I don’t). I remember having a family vacation when I was 7 years old, with my dad bringing me to Petaling Street and telling me that the claypot chicken rice over here in KL is good and “different” from what we get back home. 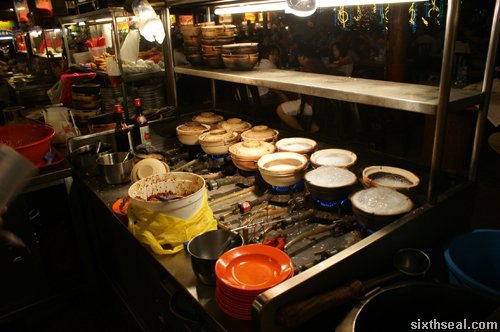 I don’t know why but that memory has always stayed with me. I’ve actively sought out this…er, nostalgia tinged delicacy since then. I was told that there’s a stall at Ming Tien food court that dishes out pretty good Claypot Chicken Rice so off I went with Jan to check it out. 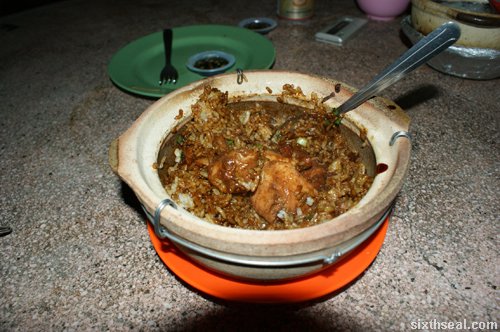 The stall sells Claypot Chicken Rice (RM 5) and Claypot Pork Rice (RM 5.50) so if you have any illusions about it being halal, leave them at the door (or the arch rather). It’s pork. 😉 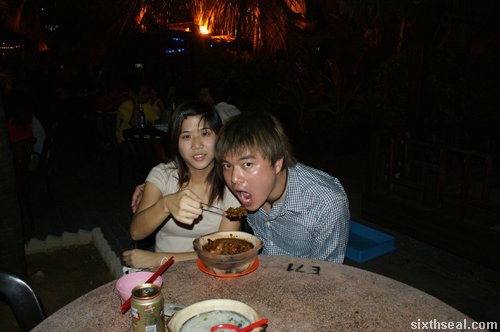 I ordered the Claypot Chicken Rice since the Claypot Pork Rice didn’t look that appealing from the photo, but rest assured, I’m going to check it out some other time. You’re gonna see a lot more of Ming Tien posts coz it’s near my condo and I like how they open till late. 😉 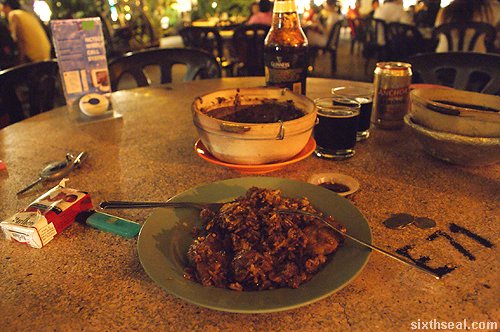 It tastes pretty good, but it’s not the best I’ve had. The Claypot Chicken Rice was flavorful enough and came with the classic, sinful Crust of Charcoal Rice (TM) beneath. This is the best part of the dish, you scrape it into the pot to mix it around but if you’re a crust aficionado, you can opt to leave it longer so the crust will procreate into a veritable swarm of Crust Goodness (TM) from the residual heat from the claypot. 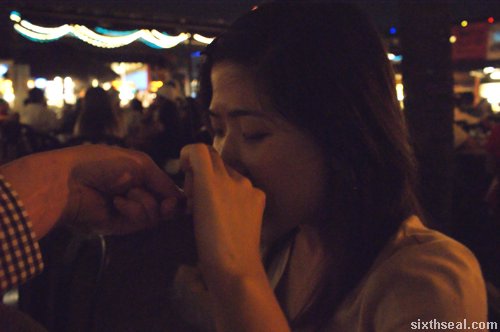 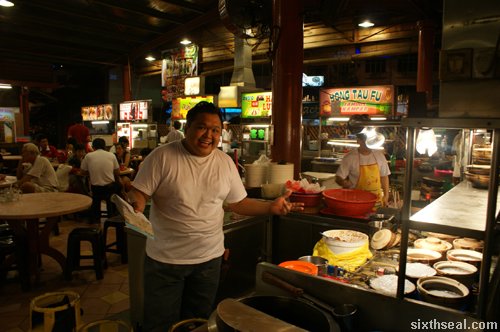 I’ll tell you something though…what the cook lacks in skillz, he more than makes up for with pure enthusiasm. 😉