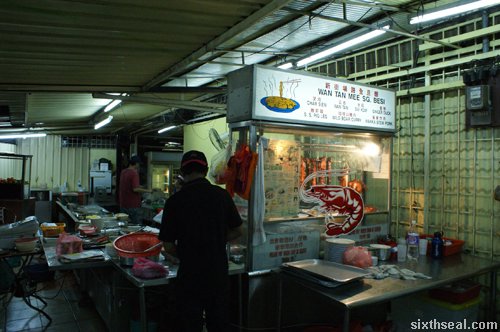 Jessica was in the vicinity of my condo one night and asked if I wanted to eat some overwhelmingly delicious (those were her exact words) wantan mee in Sungai Besi.
HB: How overwhelming?
J: Power overwhelming.
I was sold. She’s such a Starcraft geek sometimes. Heh! I was up for it since I just got back from work so I drove down to Sg. Besi with her as the GPS. There are no signboards at the place – it looks like a car workshop which moonlights as a restaurant at night. 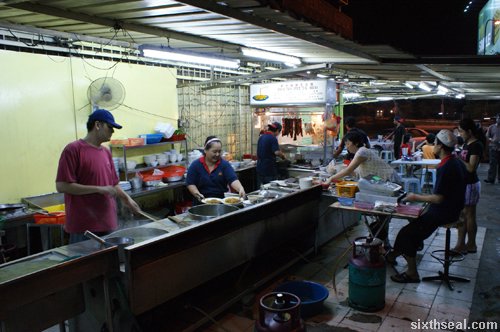 We arrived there at around 10 pm and the place was still bustling with customers. The friendly lady proprietor came over and took our order. She didn’t seem to mind the BYO (had a bottle of Absolut Vodka that I just plonked down on the table) and gave us the lowdown on the Good Stuff (TM) they have. 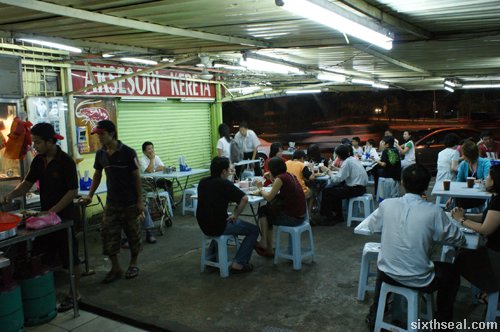 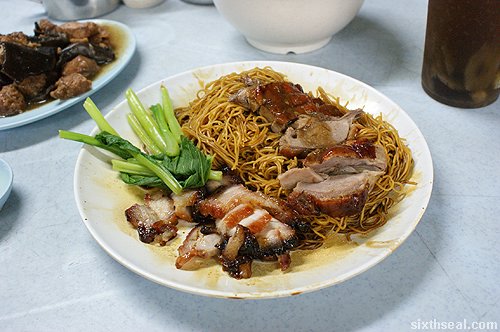 It costs RM 5.50 per plate and it’s worth every sen! The drive down was long but the food more than made up for it. It’s gotta be the best wan tan mee I’ve had in KL. The noodles are springy and flavorful and the char siew is to die for. It has a crispy edge, but is tender on the inside. The char siew is also slightly sweet, but not overpoweringly so and has an almost melt-in-your-mouth texture. Superlatives fail me. 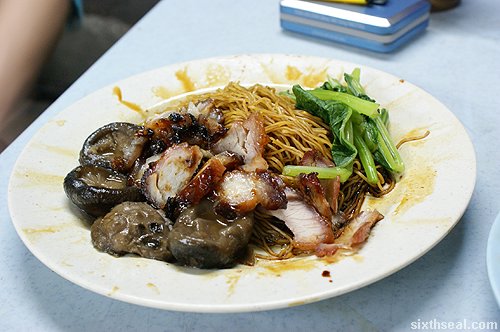 You can choose add-ons for just RM 1.50 to your wantan mee with char siew.
I had a duck drumstick (RM 8) with my wan tan mee. I choose the entire drum instead of an add-on.
Jess had the shitake mushroom add-on for RM 1.50. It’s juicy and flavorful; the mushrooms taste like it just came out of a pot of pork stew (perhaps the same one I ordered below). The mushrooms were practically engorged with delicious juices. Mmm… 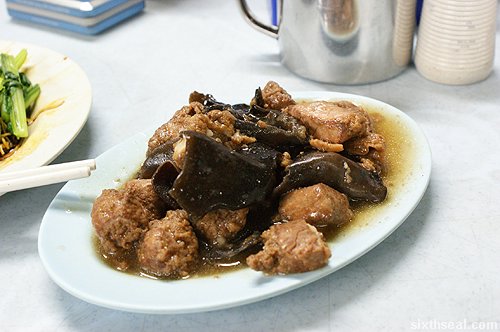 We also ordered a side dish of stewed pork leg (RM 10.00). Just coz I was craving for pork.

It’s so good I did my speed eating thing while Jessica filmed me. Watch me stuff my mouth like a pig on this (power) overwhelming(ly) delicious wan tan mee with char siew. 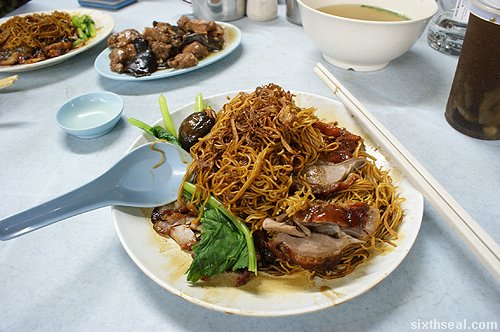 You can also add fried onions to the wantan mee with char siew for that extra oomph! I have no idea how to direct you here since Jessica guided me but the address listed on the menu is:
No. 190H, Jalan 2 ½ Mile, Off Sg. Besi, 55200 Kuala Lumpur. 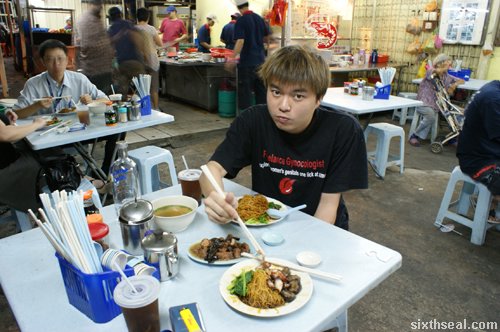