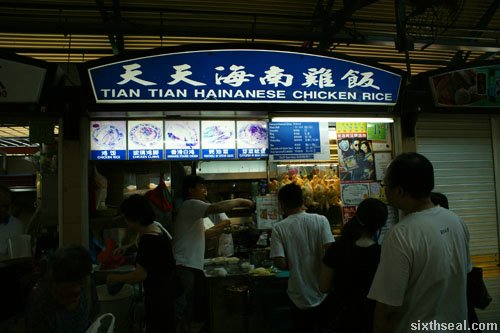 I was at Maxwell Food Court for lunch during the Nuffnang APAC Blog Awards Singapore tour when I stumbled upon a stall in the otherwise modestly populated food court with a long queue. It was for Zhen Zhen Porridge and not being particularly fond of porridge; I explored the other side of the food court and was rewarded (?) with the longest queue I’ve ever seen in my entire life!

Okay, that was a bit of an exaggeration…it was the longest queue in the food court, snaking all the way through tables of people eating to the other side. I wondered what the fuss was about and stood in line. 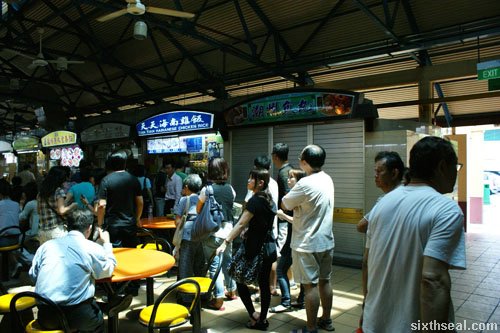 That probably wasn’t a good idea since my rudimentary calculations of the number of people in the queue and the speed at which Tian Tian Hainanese Chicken Rice was pushing its warez indicated I would probably get my lunch at 2013 AD or so. Probably around August 13th at a little past 4 am in the morning. 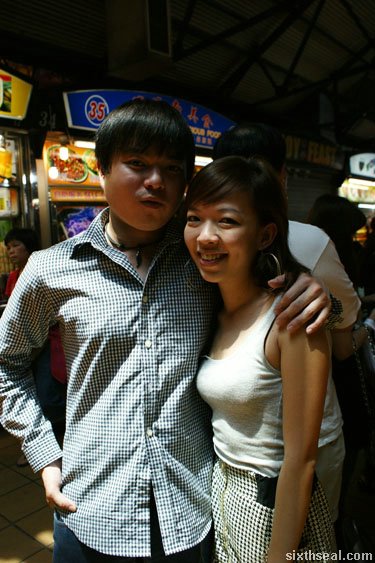 However, I spotted Wei Zhi (otherwise known as Citygal of KampongboyCitygal – pictured above) and Christine (of Brought up 2 SharE – shown below) standing in line in front of me. Ha! If they’re waiting in line, it’s gotta be good, so I trusted in their judgment and casually strolled up to have a chat with them. 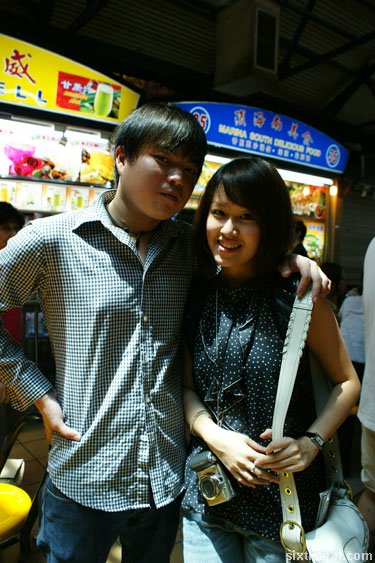 It is also known as queue cutting. 😉 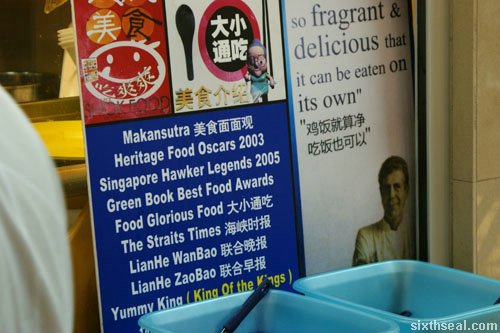 Despite my strategic maneuvers, it took us 30 minutes (!!!) to get to Tian Tian Hainanese Chicken Rice which is a bit on the ridiculous side considering we were all standing up instead of seated and waiting. My table mates thought I went missing! 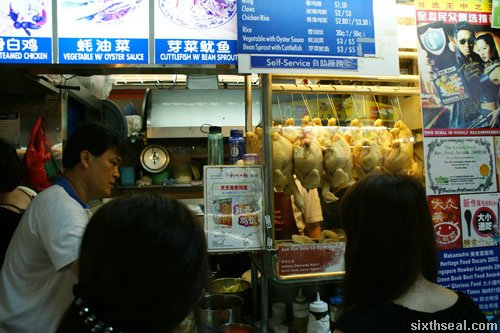 The drumstick chicken rice with a large portion of rice came up to SGD 3.50 which is pretty cheap if you don’t convert it into about RM 8. I liked the taste of the rice; it was very flavorful and infused with chicken stock. I half expected to see a stray chicken or two inside the plate of rice. 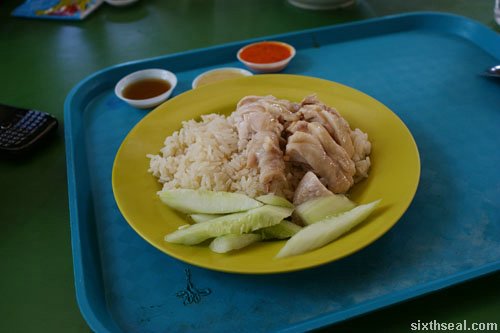 Having a less refined palate than Wei Zhi (she’s the one who recommended Tian Tian Hainanese Chicken Rice) I found the chicken to be tender and moist – both promising characteristics in poultry. It’s very juicy and the sauce and ginger paste served with it does well to complement the flavor of the chicken rice. I quite enjoyed it to be honest. 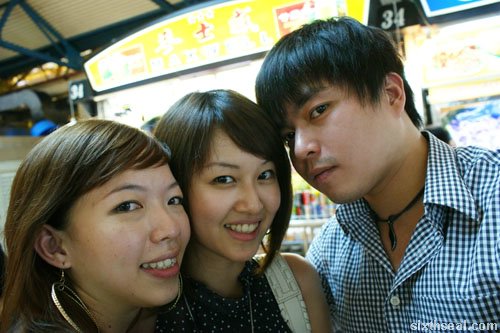 Tian Tian Hainanese Chicken Rice @ Maxwell Food Court dishes up great chicken rice but I wouldn’t wait 30 minutes for it. I was about halfway through my meal when I was told our group had to leave for the next destination.