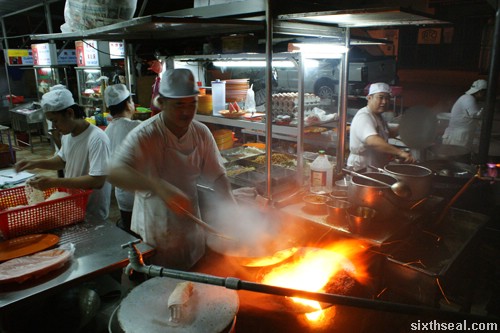 No, this is not the famous Ahwa in Petaling Jaya. The Ahwa (without the h) is practically a legend in PJ, famed for their Hokkien mee topped with crunchy deep fried pork lard. It was a regular stomping ground of mine back when I was living in Kelana Jaya. 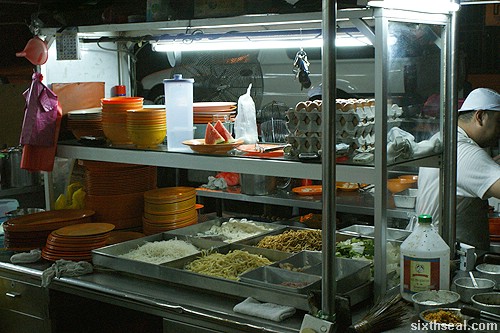 I wanted to go to Ahwa after reading cumidanciki and Christine‘s posts a couple of days back, but only 2 months after moving to a KL postcode, I completely lost my way and ended up spending almost 1 1/2 hours on the road before my friend told me that the Ah Wah she knows is at a different location – Restoran Millennium Eighty Six. 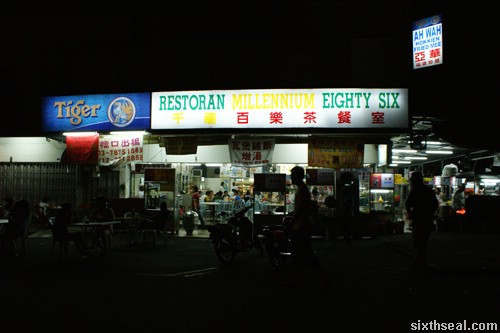 Look for the signage at upper right. Now, I must admit that I haven’t heard of this particular Ah Wah Hokkien Fried Mee (I know, it’s confusing, just think of one with a h and one without) before but my friend swears by the Hokkien mee – it is her family’s favorite haunt. Thus we decided to give it a try instead of compounding all the wasted time on the road. 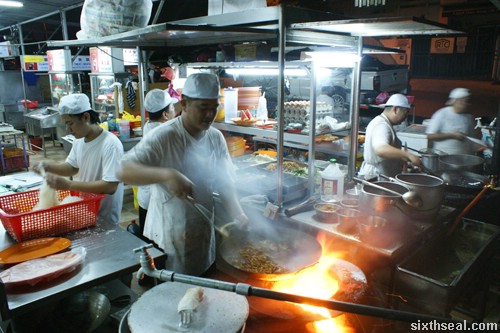 I must say that this one rivals Ah Wa in pure awesomeness. The Hokkien mee is cooked to perfection in a wok that imparts that elusive “wok hei” (literally “heat from the wok”) which caramelizes the sauce. 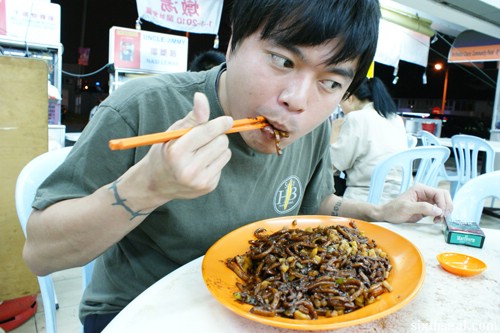 Eating Hokkien mee is messy business. It’s not supposed to be healthy for you too, with all the strong flavored deep fried pork lard. However, that’s what makes it good – the robust aftertaste and squirt of oil when you bite into the deep fried pork lard is very agreeable to the palate if you like all things that goes oink. 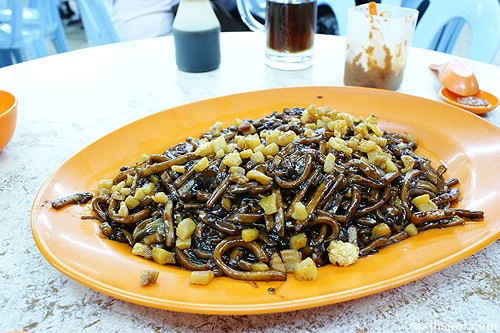 The Hokkien mee at Ah Wah is also filled with succulent pieces of prawn and meat and it tastes slightly sweet with the indescribable contrast of the soft noodles and the crunchy pork lard fusing together into a dish of pure gratification.