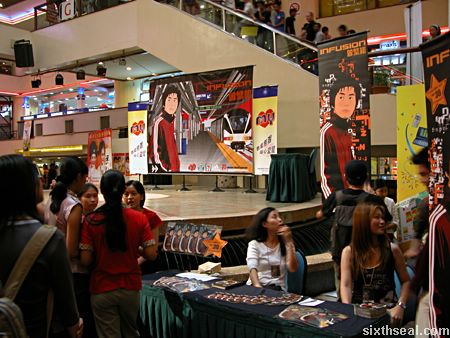 There was a My FM event called Infusion going on at Sungai Wang at 3
pm this afternoon. I don’t listen to radio (or watch TV) but my
housemates were going so I went along since I was going to get a
haircut anyway. I don’t know any of the DJs here so I was just there to
take photos and I stayed about 5 odd minutes before leaving. Here’s the
photos: 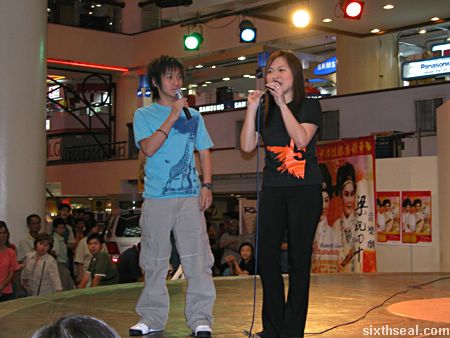 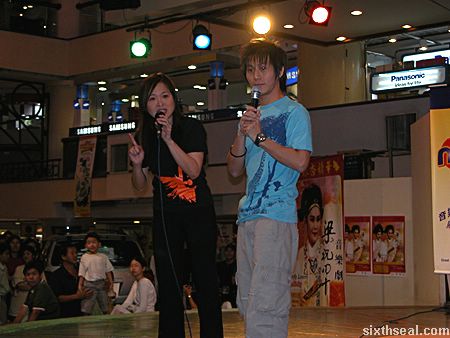 Another photo of them. 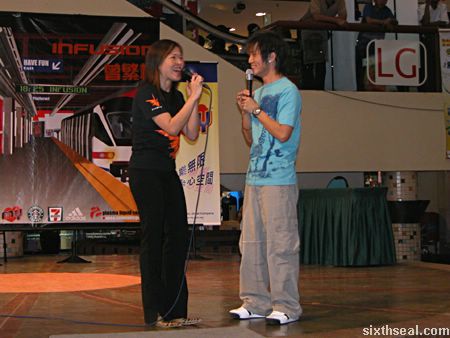 Here’s the last one. I heard from my housemates that another guy
called HS Lee was there too, but I had already gone home then. I think
the event was for Fun Pin who released an album and book or something.