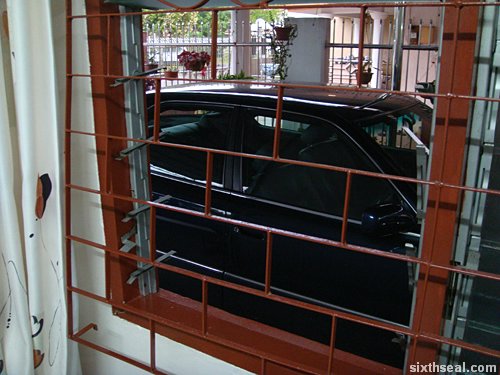 There was a break in at my place last night at about 2:04 am. This house still has the old skool glass shutters and metal grill which is rather easy to pry open. Apparently the intruder(s) carefully removed the glass shutters piece by piece and reached in to pry one side of the metal grill to gain access. 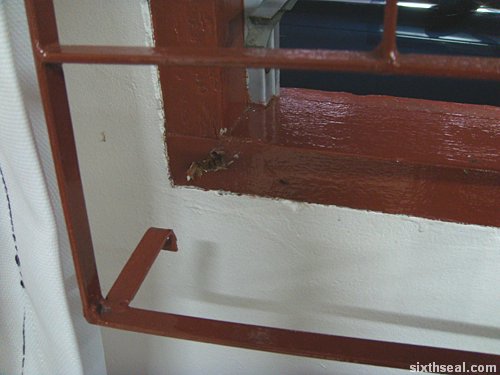 They even had the consideration to stack up the glass shutters nicely and leave the screws on the floor outside that window too. Thank you, the gesture is much appreciated.

Anyway, it appears that nothing was taken so I presume they didn’t manage to gain access after all. How did I know it was 2:04 am? I heard the house phone ringing and woke up to take a piss and heard the sounds of someone(s) beating a hasty retreat so I went down to investigate and found the grill pried open.

Oh well, at least this seems to be the work of petty thieves. There was another break in earlier in the year in which they took – get this – a pair of my jeans and a tin of Milo (no kidding). Thus, my most prized possessions, which are the photographs contained in my notebook and various USB drives and DVD-Rs are safe.