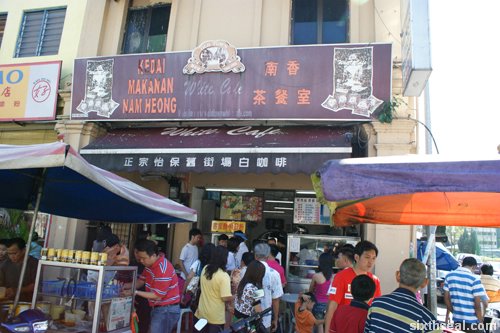 Ipoh is well known for their puzzlingly named caffeine export – Ipoh White Coffee. It’s not white, but it certainly is coffee. It has also spawned franchises of Ipoh White Coffee outlets at the speed rabbits breed but the original birthplace of Adam is none other than Nam Heong in Ipoh. It’s like the Bethlehem of Ipoh White Coffee, except I went with three queens instead of three kings. 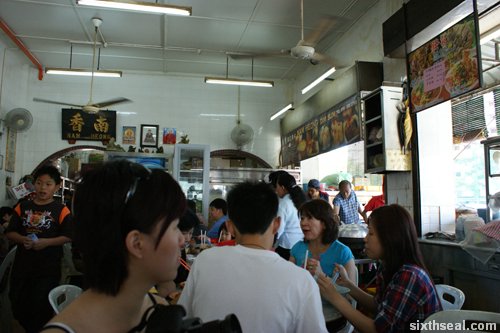 You have to queue beside tables for an absurd amount of time before seats are available. I’m sure this problem is compounded by the fact that it’s CNY and everyone from Ipoh was back for the holidays. I bumped into Jen there. Nam Heong is also famous for their dim sum which was probably why it was so packed. 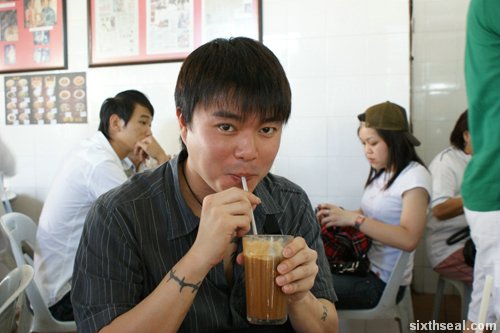 We ordered Ipoh White Coffee (someone ordered the unorthodox herbal tea though). I forbid the EZY sisters from saying who drank what under the threat of cruel and unusual punishment. 😉 I’m sure someone would tell anyway, Ziling and Yiling has threatened me as much. :p 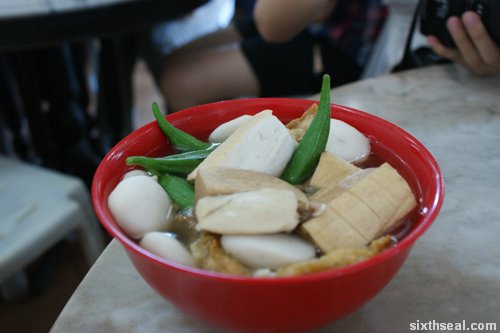 Yong Tau Fu is also a great dish there – the fish is fresh and good. I think it cost somewhere around RM 13 for the bowl though, not cheap for Ipoh standards, but it was good. 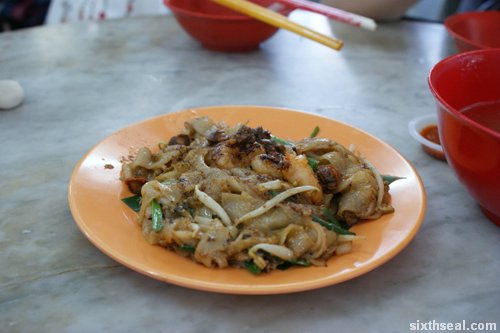 This is Ipoh style char kueh tiaw, pretty good. I like the taste. 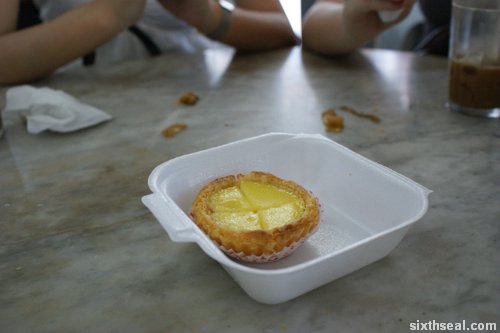 It would be akin to heresy if we didn’t at least order a dim sum dish in Nam Heong so we went for the egg tarts. We had a quarter each since we were very full from all the eating that we did. 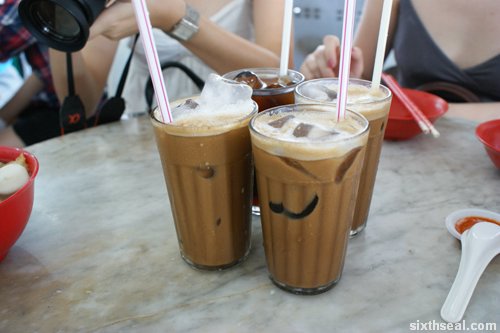 Wanted: Alibi for the morning of 28th January from 9 AM to 10:30 AM certifying I was in Ipoh consuming genuine Ipoh White Coffee from the original birthplace of said beverage. 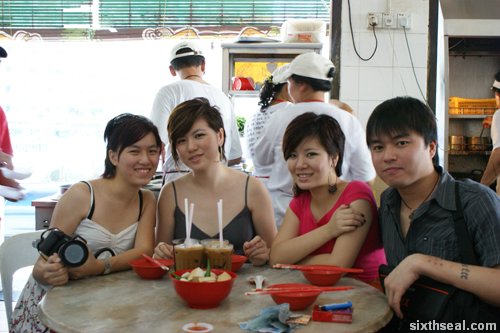 Thanks for the hospitality! More food posts coming up soon! 🙂