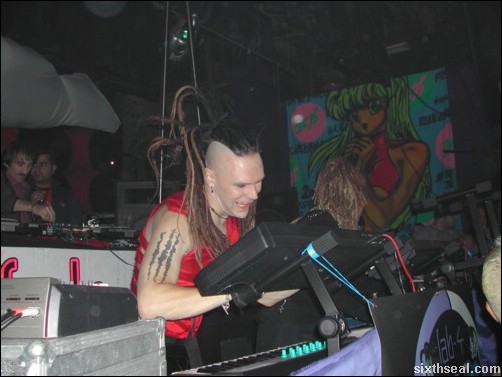 You remember the anticipation…the buzz…the excitement before a major rave. You look forward to it weeks or months in advance and part of the fun is preparing for it. You stock up on your beer, plan the trip, and (best of all) talk incessantly to your friends about going. 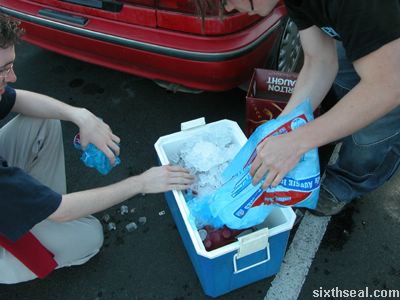 A large part of the fun is in the preparations itself! 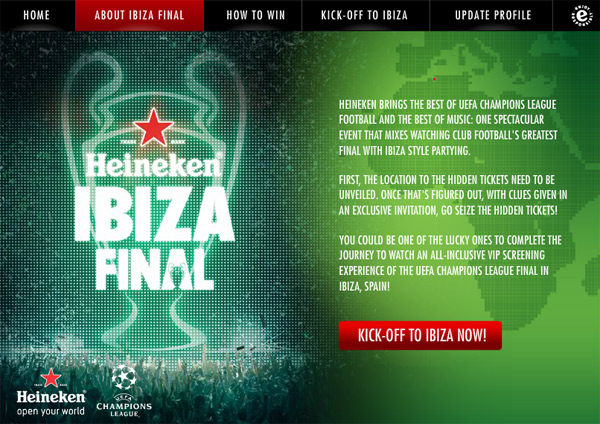 Ibiza is synonymous with awesome music and great clubs and having the UEFA Champions League finals screening held there is a guaranteed winning combination. 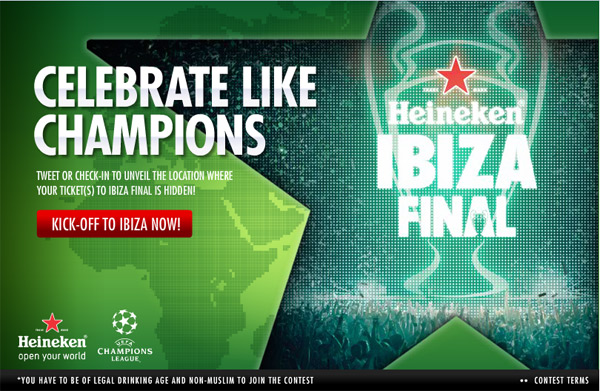 This is going to be one spectacular event which puts club football’s greatest final with Ibiza style partying and the person who’s going to be there might just be you! 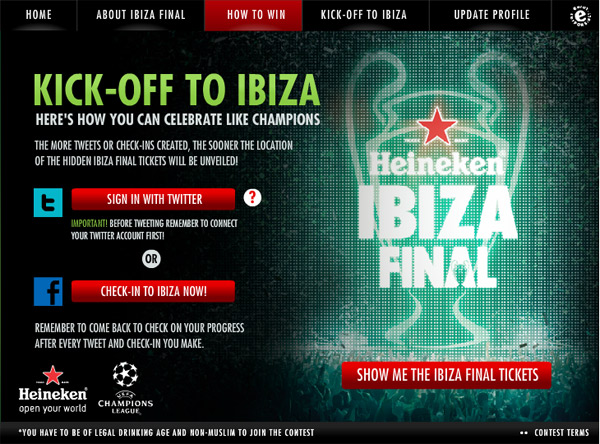 It starts off being rather vague – it’s somewhere in South East Asia now but the more people check-in or tweet about it, the faster the tickets will be revealed.

I expect it to show as Malaysia real soon and then the real fun will start – the location of the hidden tickets will be clearer and clearer as you check in. I did it twice using both Facebook and Twitter – you can see the Live Feed with my name on the right sidebar – a very nice touch. 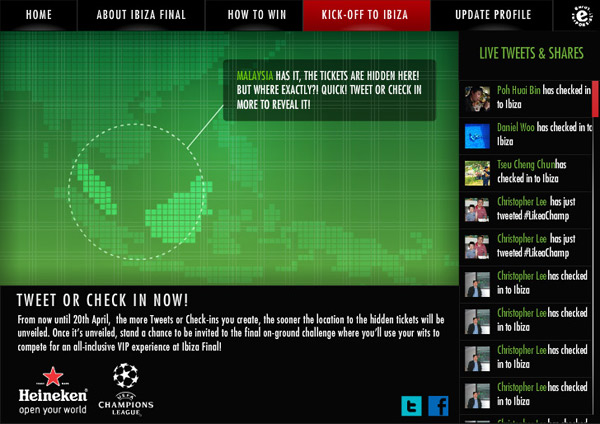 It’s like a treasure hunt of sorts – the more tweets and Facebook check-ins created, the sooner the location to the hidden tickets will be unveiled. Once it’s unveiled, you’ll get a chance to be invited to the final on-ground challenge where you’ll use your wits to compete for the all-inclusive VIP experience in Ibiza!

I’ve even shaved “Karma II” at the back of my head for a rave of the same name before. I reckon I don’t have to do anything this drastic for the Heineken Ibiza Final – it’s all about Facebook and Twitter now. 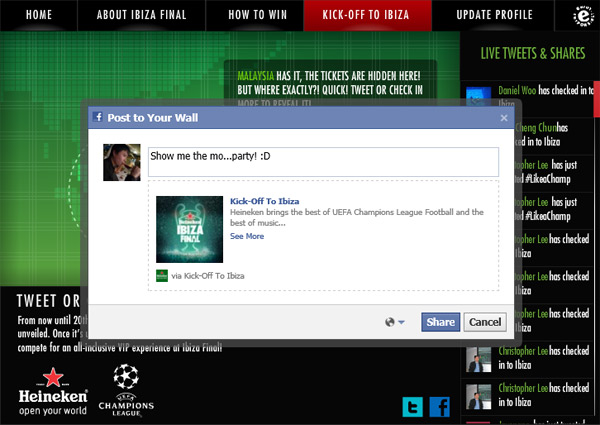 That’s the prize! It’s an all-inclusive VIP experience in Ibiza where you get to watch the UEFA Champions League Final with 200 fellow fans from around the world and also party in the renowned clubbing destination. The Heineken Ibiza Final will be an experience like no other – do your part to get the location to the hidden tickets revealed now! 😀