I woke up after a solid 26 hours of sleep on Monday. This is the
third day I’m in Melbourne and I realize that I’ve technically wasted
one whole day sleeping. 🙂 I woke up feeling famished and went
in search for food again and to take some photos of Melbourne city. I
went pass a McDonald’s and saw that they had this Salads Plus menu with
healthier options. McDonald’s in Australia has been pitching this angle
for quite a while now so I decided to sample their Salads Plus menu. 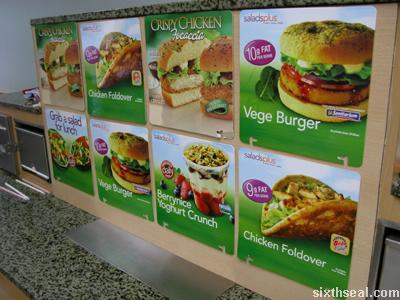 The Salads Plus menu consists of a variety of low fat and more
nutritious options that have 10 grams of fat or less each. I’m not
watching my weight or anything…people say I should gain a couple of
kilograms, but work and the related necessities to maintain
productivity has the effect of suppressing appetite and increasing
metabolism at the same time. I digress. The reasons I’m attempting to
eat the entire range and review it should not be foreign to long time
readers – I just want to. 🙂 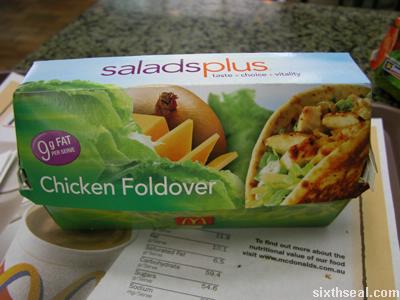 This is touted to have only 9 grams of fat per serving. It’s made
with Bega So Light cheese and has roasted chicken breast meat and
veggies on a herbed toasted flatbread. 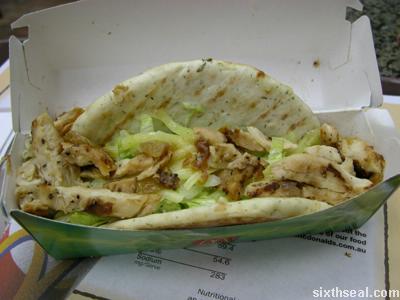 I didn’t expect much from it, but was pleasantly surprised to find
out that it actually tastes good! It could be the 26 hours without food
though, but still, it’s pretty good. 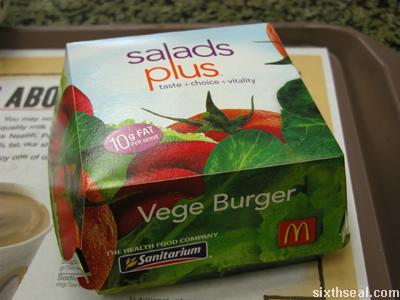 This one has 10 grams of fat per serving and it’s Sanitarium vege
patty in a herbed foccacia bun. The patty is made from chickpeas,
vegetables and spices a.k.a. fake meat. It also has a piece of beetroot. 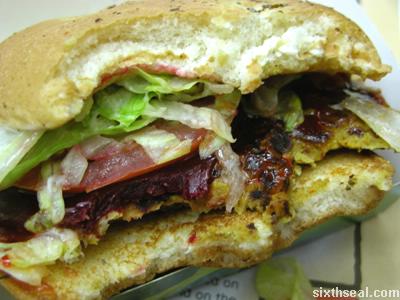 I didn’t like this one…the patty tastes like potatoes. Not that
there’s anything wrong with that, but generally vegetarian meat
substitutes tastes unpalatable to me. The only thing that saved it is
the sweet chilli sauce inside. I couldn’t have chocked it down without
that. 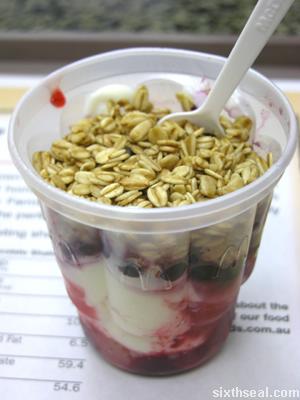 It just says 97% fat free on this one. It looks like ice cream, but
it’s actually yoghurt. There’s strawberries and blueberries in it
though, and it’s topped with oats. They use Nestle low fat yoghurt.
McDonald’s partners up with other food manufacturers in the Salads Plus
menu if you haven’t noticed.

That was what I had in the first sitting. After walking around and
taking more photos, I passed by a different McDonald’s and decided to
see if I could eat through the whole Salads Plus menu. 🙂 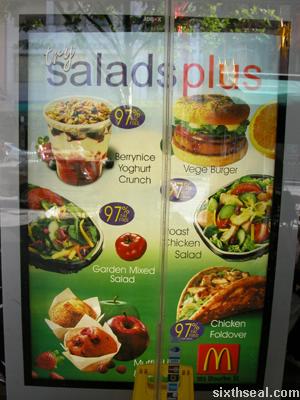 This McDonald’s has a fridge at the counter with the salads and other stuff: 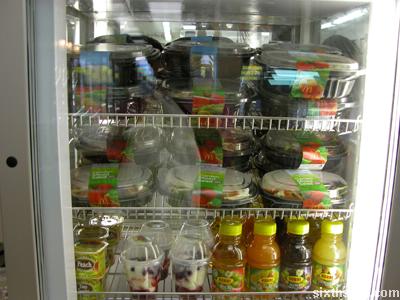 The salads occupy the first two layers and the third one has yoghurt
(including the Berrynice Yoghurt Crunch) and fruit juice. It looks like
the Berrynice Yoghurt Crunch is prepared and packaged instead of made
during your order. I decided to have a salad this time, since after
all, this is the Salads Plus menu. There are two salads – Garden Mixed
Salad and Roast Chicken Salad. Naturally, I went for the second one. 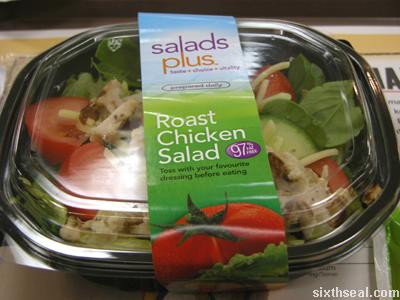 This salad features roasted breast chicken, Bega So Light cheese,
lettuce, tomato, and cranberries. It’s 97% fat free and there are three
dressings to choose from – French, Low Fat Italian and Mango and Sesame. 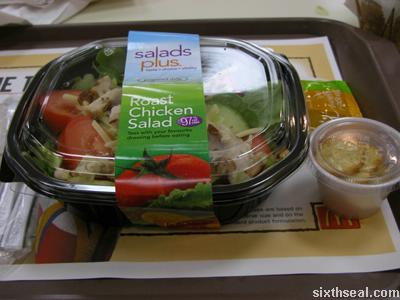 It’s served with bagel chips. The above shows the salad with the
small container of bagel chips and a packet of dressing. Here’s a close
up of the bagel chips (croutons?): 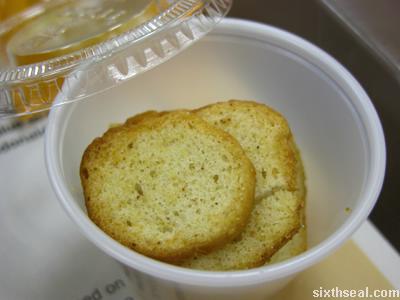 This is the dressing I chose – Mango and Sesame: 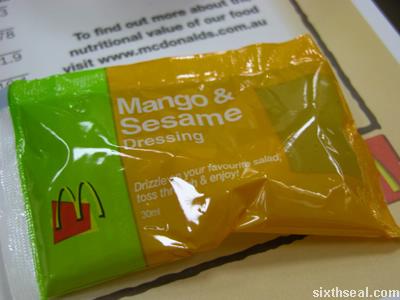 The salad looks like this after everything is added in: 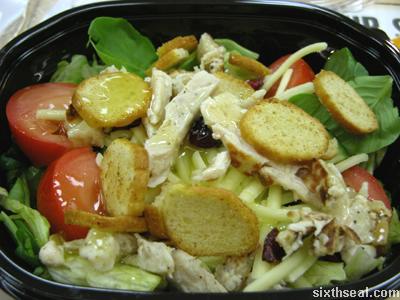 No, I didn’t toss it because I wanted to eat it like this. It tastes
surprisingly good (again). I was puzzled to find that I actually
enjoyed eating this salad. The mango dressing is really good, goes well
with the salad and complements the cranberry pieces well. It’s also
very filling, but that could be due to the fact that I’ve already eaten
two hours ago… 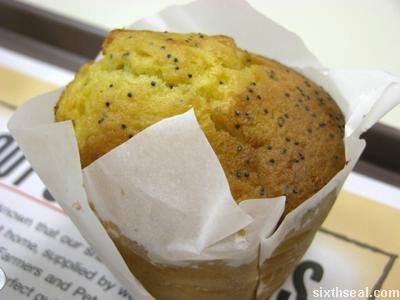 This is also 97% fat free and it tastes like the normal McDonald’s
muffins…I could barely finish this one. It’s quite large. It’s a
muffin, can’t describe it much more than that. It’s had orange pieces
in it and crunchy poppyseeds on top. I reckon I’ll have an excuse
should I test positive for opiates at customs…”Officer, I swear, it
was those damn poppy seed muffins I had. I hear they produce false
positive for opiates in urine tests”.

That’s true by the way – poppy seeds have morphine and codeine which
(if you eat enough) will cause you to fail a drug test. You’ll still
have explain away the cannabinoids and amphetamines positives though. 😉

Anyway, I didn’t manage to eat through the Salads Plus menu…I
didn’t go to Melbourne just to have McDonald’s everyday. However, the
only items I missed out on is the Garden Mixed Salad, Raspberry Muffin
Lite and the Granny Smith red & green apples (which you could get
at the supermarket anyway). My apologies for not eating though the
menu, but I covered the meat (no pun intended) of it, so this ends day
three of my Melbourne trip.