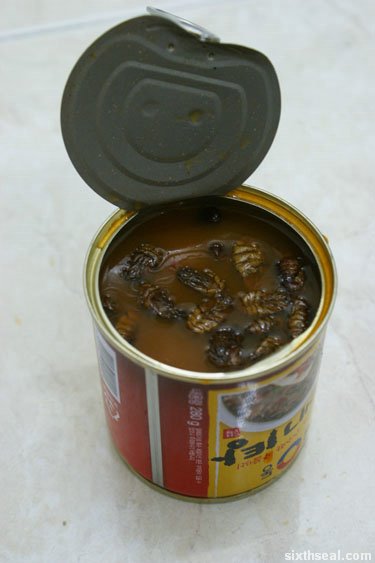 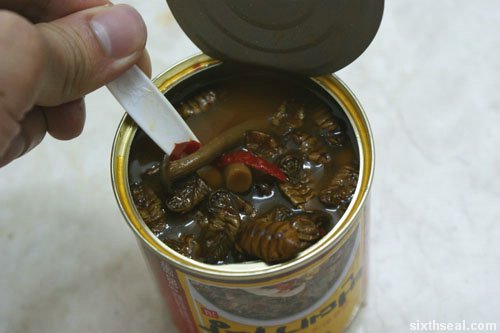 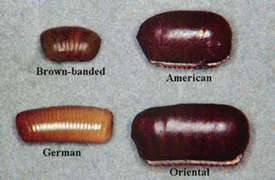 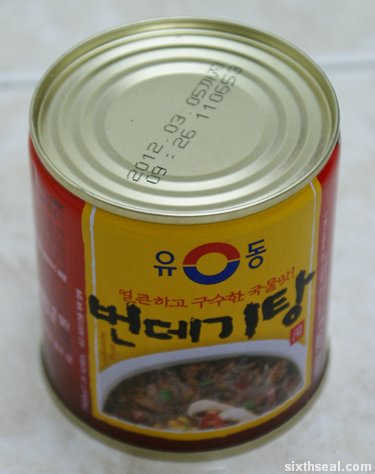 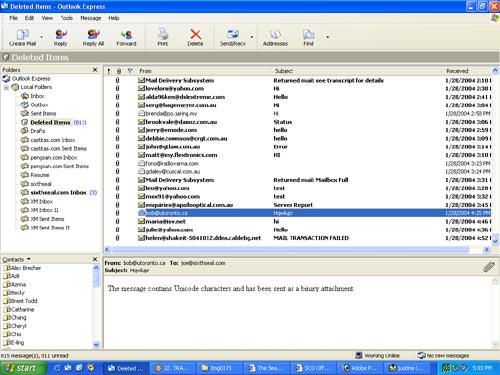 MyDoom raped me a bit over the course of the day…I had to delete
thousands of Mydoom/Novarg emails, but that wasn’t that bad since the
worm does have characteristic
[mcafee.com] subject and body text so a string filter to dump those
mails straight into the Deleted Items folder can clean things up easily.

What isn’t so funny is the 22 kb payload…multiply that by
thousands and there’s wasted bandwidth for you. I just paid US$ 60 for
excess bandwidth usage today. Which reminds me, sixthseal.com would
have to be moved in the next few days. I have already aquired a US$
34.94 per month VPS/VDS hosting package since this site has outgrown
the current host. That’s RM 132 each month, but I reckon it’ll be
cheaper in the long run.

I will be moving as soon as possible, the backups are ready, so
let’s hope this would be a smoother server move than my first host
(HostNexus) to my current host (ICDSoft), where I’ll still be keeping
castitas.com. The last move was gnarly since the sql database dump
somehow got fux0red and I had to use the import feature, which breaks
the sequence. I moved last time because sixthseal.com started to
outgrow the old host and it’s for the same reason this time. I’ve had
good experience with both of my hosts, this blog just needs a higher
end package since the visitors increase each month.

RM 132 might seem like a lot to pay with my soon to be 2k salary,
but yeah, I don’t mind the expenditure. Oh, and I also picked up two
domains today, which will be revealed in due time. That makes the
sixthseal.com family 5, which is always a nice number. 😉 I don’t know
what I’m going to do with the domains though…I might run a nameserver
on one since I have two static IPs so yeah if anyone needs a secondary
NS, feel free to approach me when that happens.

Right then, this post has been rather site-centric, sorry about
that. Just a notice that sixthseal.com might be down for up to 48 hours
in the next few days while the DNS records propogate. Sleep tight
everyone and don’t let the mass mailing worms bite!