I dropped by Catholic High School on my way back just now to catch the
basketball competition that has been going on the whole day. Managed to
watch SMB Methodist (my alma mater) lose on penalties to another team.
There was also a girl’s competition going on, and I watched a bit of that
too before heading home. Interestingly, there was a cheesy techno
soundtrack pumping from the speakers the whole match. Heh. 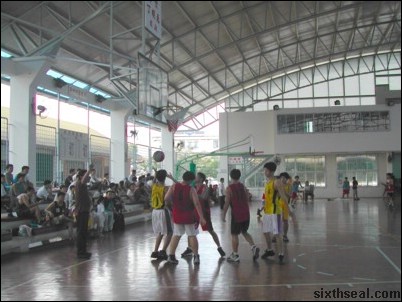 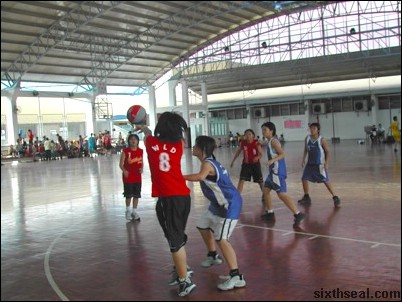 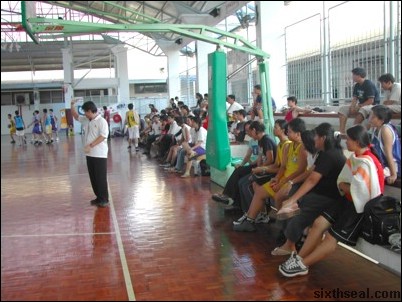 Crowd shot at the stadium