I’m sleepy. I haven’t had a good night’s sleep in two days and last night
was even worse. I couldn’t sleep at first, and when I finally thought I
might be able to, I laid down on the bed for two hours – but still no
sleep came to me. The dawn light that filtered through my blinds didn’t
help either. I like to sleep in absolute darkness. To make matters worse,
the lawnmower man came at the UNGODLY hour of 8:30 am and started to mow
the fucking lawn. I haven’t started to sleep at that point and the noise
from the lawnmowers (it the kind you drive) made it really hard to sleep.
I tried pulling my bedsheets over one ear and stuffing the other ear with
my pillow, but that didn’t help much. As if things couldn’t get any worse,
I had to field several phone calls informing me that a client meeting is
scheduled today. Joy. Okay, enough bitching. 🙂 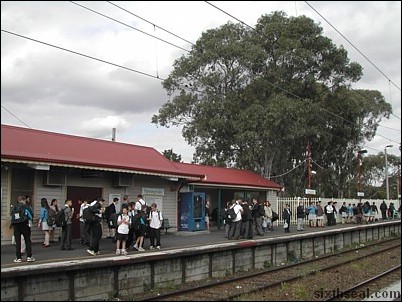 Anyway, I headed down to Springvale today to see if they still have any
Item X’s in stock. It should be noted that the Store X in Springvale is
nowhere near the town center. There is quite a significant traveling
distance involved too. However, all is not in vain, for they had one last
Item X in stock. =D They were actually holding it for another person, but
the manager decided to sell it to me anyway. That’s good then.
Hmm…anyway, is it just me, or does Springvale look dodgier and dodgier
every time I go there? Puzzling.

Link of the day:

FUD. People don’t die from playing computer games non-stop for 86 hours.
People die from heart attacks while ingesting stimulants. Notice that he
died in the toilet. My…uh, friend told me that it’s common for people on
methamphetamines or similar stimulants to experience constipation or

oliguria (got this word from my med school sister). This friend of
mine once tried to force himself to take a piss coz he hasn’t done so for
quite a while and said he nearly passed out. He felt a surge of blood
going to his head and his heart started to pound really fast, and he
thought he was about to kick the bucket there and then. Stimulants
increase blood pressure and makes your heart work harder. People generally
don’t stay up for 86 hours non-stop without stimulants. He died with a
felafel in his hand. I mean, he died in the toilet. Do the math. Oh, and
don’t force yourself to piss while on meth. =D