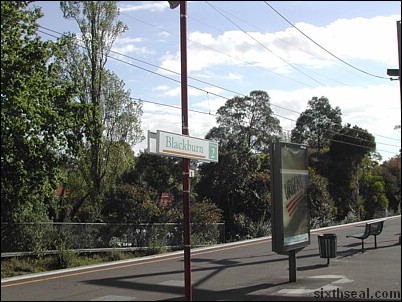 I had a group meeting scheduled today at 2 pm, so I took the 1:40 pm
shuttle. Right as the shuttle was turning into the campus, I got an SMS
telling me that the meeting is cancelled because everything has already
been completed (!). Well, that’s a first. =D Thus, I decided to go to
Store X to shop for Item X. I have to be discrete you see, because Item X
is supposed to be my girlfriend’s birthday present, and she reads my blog.
There is a Store X in Carnegie, so I headed down there to see if they have
Item X in stock. There is a promotion involving Item X where Store X is
selling it at less than half the price of other retail outlets (for a
limited time only). Unfortunately, Store X is Carnegie is out of Item X,
but I was told that the Store X in Glen Waverley might have some in stock.
If you haven’t figured out by now, Store X is a large chain. Now, a
temporary lapse in cognitive thinking made me associate Glen Waverley with
Blackburn. I had dinner at Glen Waverley with a couple of my friends last
Mid-Autumn Festival, and I swore I saw the Blackburn station right in the
middle of Glen Waverley. Anyone with a map of Melbourne will know that
this is rather unlikely as the stations are in fact quite far away.
However, I didn’t know this, so I took a train to Richmond station to
catch a Hillside train back down to Blackburn.

As you can see in the ASCII map (an overstatement) above, I had to first
travel in the opposite direction from my destination to catch a train to
Blackburn. This is because the trains in Melbourne runs on different lines
so if you want to catch a train to a different line, you need to go to to
a switching station, which can mean backtracking. That trip took nearly an
hour.

Anyway, as I arrived in Blackburn, I started to sense something amiss. One
side of the station exit houses residential estates and the other side is
populated by just a small strip mall. Hmm…I thought. Upon questioning
several passerby’s, I was forced to conclude that Glen Waverley !=
Blackburn. Luckily, I spotted a 703 Blackburn bus pulling into the bus
stop, and boarded it, safe in the knowledge that the 703 bus will pass by
Glen Waverley. Alas. That is not true, as I soon found out. I could take
the 703 back to the halls, but I really wanted to go to Glen Waverley
before Store X closes, so I asked the driver how to best get there. He
advised me to stop at Syndal station and take the train down to Glen
Waverley. A good 2 1/2 hours after I boarded the train in Carnegie, I
finally arrived in Glen Waverley. I hurried to The Glen and rushed into
Store X right before it closed only to find out that…they were out of
Item X too. What a waste of time. At least the store personnel told me
that the Store X’s in Springvale and Ringwood still have a few Item X’s in
their inventory. I will follow it up tomorrow after my tutorials. On the other hand, I managed to find out that the

Forest Hill Chase Shopping Center [foresthillshoppingcentre.com.au]
has a 10 theatre Hoyts. This is more convenient for me than Chadstone
since the 703 bus passes right outside my halls and goes right to the door
of Forest Hill Chase. Also, I managed to stock up on some Cadbury 250g
bars. 2 for A$5 dollar dazzlers in Coles rule. They usually go for A$3.59
each. Oh, and the new Vanilla Coke is pretty good as well. Tastes like a
vanilla ice cream coke float (or spider or soda or whatever you call it).
Interestingly, it coats the mouth with a rich vanilla taste. 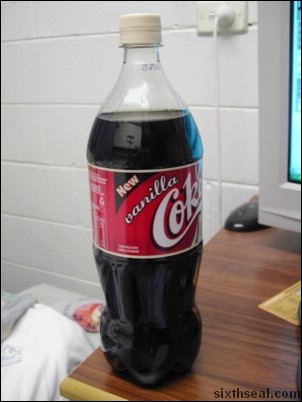 Word of the day: HAMPALANG EH (from Daniel)

Foochow. Adjective. A sarcastic term for someone who acts like he/she
knows everything. Correlates to “Smarty Pants” and “Mr Know-It-All” in
English. See also: HU NO EH, DEI LEI KIAN.