I just got my dexamphetamine (dextroamphetamine sulfate) refill
yesterday. I was actually late for the script…the last time I went was
28th of March. I get 100 x 5 mg dexamphetamine tablets for my
“narcolepsy” every 25 days. 😉 My unfortunate condition (sorry about
the jokes, I can’t help myself. hehe!) requires me to take two tablets
twice a day, so that’s 20 mg per day. 500 mg / 20 mg = 25. Thus, each
bottle/script/refill (used interchangeably) is supposed to last me 25
days. I was late this time though, it’s been 33 days since my last
visit, so I’m 8 days late. Isn’t it wonderful how my normally dismal
arithmetic skills rally up and perform when it comes to substances? =D 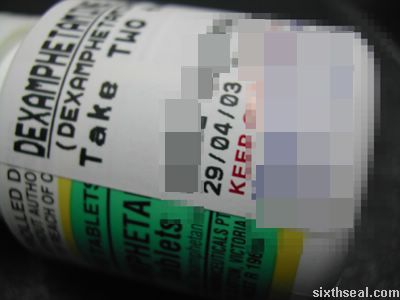 29th of April – dexamphetamine refill. I had just done a single pass
at first and was startled to see that my name was visible (although
fuzzy) when the photo was resized. I had to heavily mosaic it again to
obscure my real name and the doctor’s name to protect our privacy.

Anyway, I was actually worried that I’ve been too late for my script
and it’s going to raise suspicions…like I don’t need it for my
“narcolepsy” anymore. I’ve always been worried about being asked to do
a urine drug test too, I hear most people have to go through that
before being prescribed dexamphetamine, but luckily I wasn’t one of
them. 🙂 Everything went well yet again! It was quick, in and out, just
for the script. The doctor recognized me so it was scribble scribble
and I’m out. He said that he feels bad because I have to pay A$35 for
consultation each time I refill my script. Hah! I was thinking that
this is a great bargain – 500 mg, that’s ½ gram of pure
dextroamphetamine (as opposed to racemic stuff you get from the
streets, the dextro isomer is the one that’s recreational) for just
A$35 consultation (refundable so it’s not included as ‘cost’ – this is
the only thing I put on my medical insurance) and A$30.35 for the
dexamphetamine tablets. 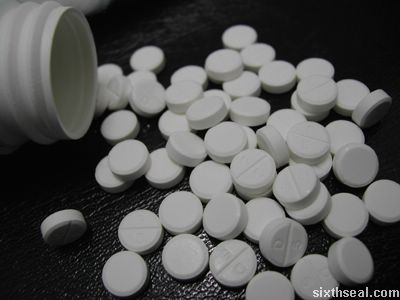 Well, I was about to suggest that he can write dated scripts, ie
“100 x 5 mg dexamphetamine tablets – 24th May 2003” so I can only cash
it on that date or later, but I didn’t know if they’re actually allowed
to do that in Australia. I don’t mind visiting the good doctor anyway.
🙂 Anyway, I picked up the lovely little pills at the pharmacy nearby
and got some Ural as well. Ural is marketed for Urinary Tract
Infections (UTI), but it’s also a urinary alkalinizer. 😉 It’s cheap
and it’s better than drinking sodium bicarbonate (baking soda) mixed
into water. 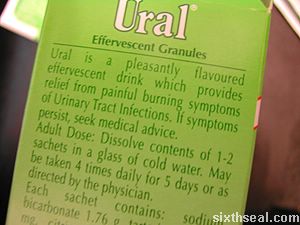 Ural also has sodium bicarbonate as the main component, plus some
other stuff as well. I always take two, just tear them up and empty
them into my mouth. Mmm…fizzy! It makes you gag if you don’t chase it
down with water though. Heh. Oh, and I’m not recommending the use of
[rxlist.com] because that makes it more neurotoxic as well. I always do
it though, because I’ve grown to love the constant body and head buzz,
especially when taking a piss. 🙂

Anyway, taking too much alkaline stuff is bad as well…makes you feel
nauseous. Ural and other alkalinizers doesn’t last very long, so I take
it constantly. I find that two packs 15 minutes before dumping, two
packs straight after dosing and every half hour after is good for me.
It does noticeably potentiate the dexamphetamine. That might not be
good for you though, I’m just sharing my experience. I don’t know what
excessive consumption of GI alkalinizers would do to people with an
existing condition like a stomach ulcer. 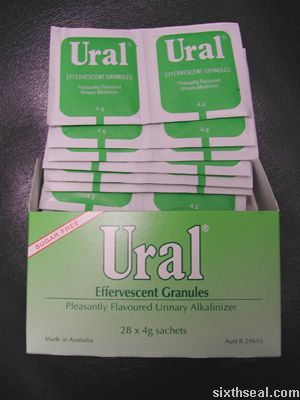 Well, I’m going through the script faster than I thought. I’ve
already taken 84 tablets (420 mg of dexamphetamine) over the night and
I’m sad that I’ve gobbled most of the script in less than a day! I
suspect that my five day methamphetamine run er…just two days back,
contributed to my tolerance. I did get wonderfully stimulated during
the initial 90 mg dose (oral – I’ll like to see you snort that many
dexamphetamine tablets! =D) early last night, but re-dosing is just
keeping me awake without much euphoria to speak of.

Anyway, I’m not dependant on (meth)amphetamines, I’m just trying to
finish up my assignments. Everyone is having assignments due this week.
🙁 Well, I don’t have to justify my use, but I just want to make it
clear that no dependency issues are forming here. I wouldn’t take 420
mg in a night if I had the choice! That kind of consumption is
wastefully excessive even in my eyes. The later doses were just
‘maintenance’ ones to stay awake coz I had to finish my stuff.
Re-dosing doesn’t do much at all, nothing beats the first dose, I’ll
much rather keep the rest until next week if I had the choice.

There’s something funny about gobbling a fistful of tiny white pills
but given the choice, I’ll rather have a superb high next weekend
(after my tolerance goes down) than eat more now and not get tweaked
much at all. 🙂 What a waste…still, work needs to be done, and I don’t
like caffeine as a chemical assistant. It’s just too messy and there’s
not much grey matter turbo charging going on compared to its stronger
cousins. The pills are almost gone, and it’s just been slightly over 24
hours! Sigh…I’ve consumed my script in less than a day. Gloomy
indeed…irresponsible and wasteful. Oh well, I’m not the only one with
assignments, better get back to them. Oh, just one last note…I’ve
always found dexamphetamine nice…the comeup is pleasantly euphoric,
happy happy thoughts. It’s unlike the comeup from methamphetamine which
is more chargy and scattered.

Personally:
Dextroamphetamine = nice body + head buzz, “happier”, and good to work with. Nice soft comedowns too.
Methamphetamine = longer lasting, superior mental euphoria,
better clarity and it’s great to work with too. Unfortunately, I tend
to go overboard with it and go for days without sleep and food and
there’s no comedown to speak of…only a horrible crash. 😉

but neither of you are any good for me…