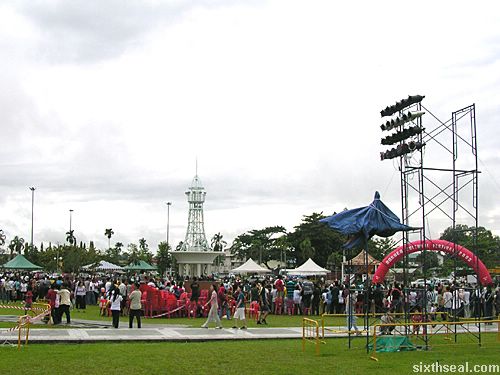 This has been going on at the Sibu town square for a while now, and
will continue for a few more days. I took the photos yesterday noon,
but I’ve been busy so I couldn’t post it yesterday. My apologies.
Anyway, the story behind the photos is worthy of a mention, but I will
put the photos up first – it cost me RM 16 so enjoy. 😉 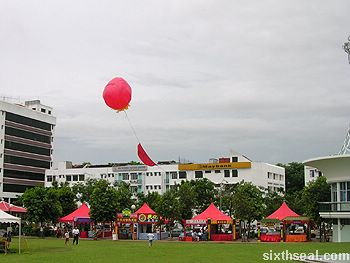 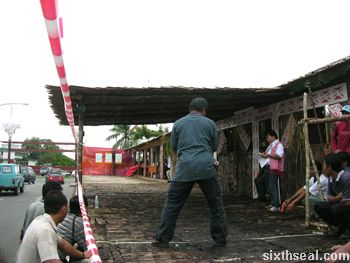 A blowpipe accuracy competition – a blowpipe is a long contraption used
by the Ibans (and other groups) that propels a dart (originally
poisoned and used for hunting) to a target by the user blowing through
the pipe. 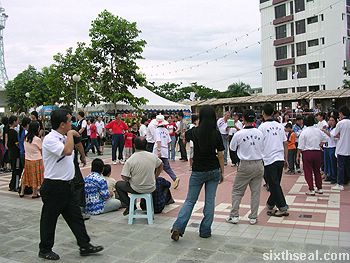 Something going on here, I just didn’t say long enough to find out what it was… 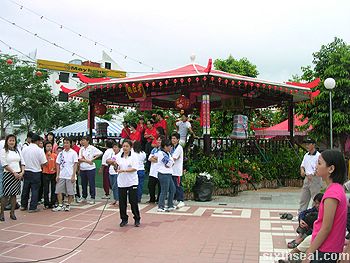 Another shot of the unknown event above, gotta run, battery low. 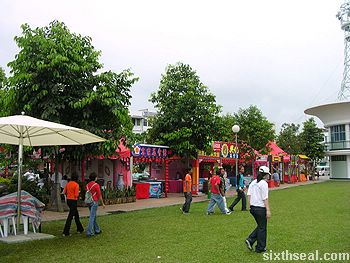 A row of traditional Chinese stalls. 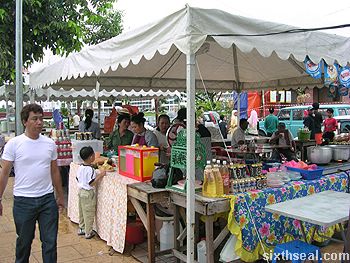 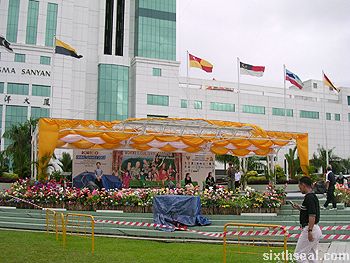 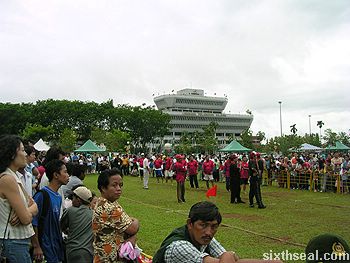 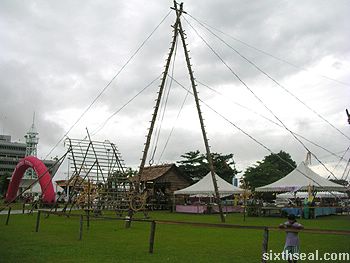 This is a swing of sorts used by the Melanau at their harvest festival.
It’s a test of manhood, they swing and bungee from this contraption. 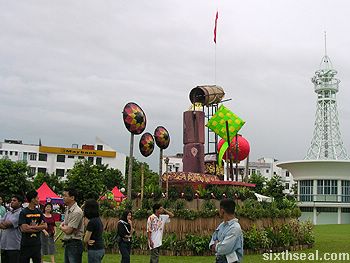 This is the main motif of Borneo Cultural Festival – a montage of a
Chinese lantern, a Malay ketupat, and several native symbols which I’m
not familiar enough with to comment about, but I like the tuak (rice
wine) that’s perpetually pouring from the top. 🙂

About the RM 16 photos, I went to the camera repair shop yesterday
morning but unfortunately, my digicam could not be repaired due to
mould (?) in the internal components. The repair guy asked if the
digicam has had water damage before and I told him it had, but that was
a long time ago – about a year back. I forgot to zip my pants pocket
while skiing and snowboarding at Mount Buller (Melbourne) and found my
digicam covered with snow at the end of the session. Anyway, he said
that was probably the cause – the mould slowly manifested itself and
damaged some of the stuff so it needs to be sent to Nikon Service in KL
to be repaired. 🙁 That means I will be without a digicam for about a
week, but I will check other repair shops tomorrow and see if they have
the necessary components.

Anyway, I passed by the town square yesterday noon and just HAD to
take photos, so I went to one of the camera shops and offered the owner
a deal – let me rent a digicam for 15 minutes and I’ll pay him RM 10.
Heh. Well, I had my (broken) digicam with me, and my CF card, so I’ll
just need one for a couple of minutes to take photos. I convinced him
to rent me a new Nikon Coolpix 3500 (it was the only one that could
hold my CF card, the shop is a Sony dealer, so all the other digicams
they stock use memory sticks) and I’ll give RM 100 + my digicam as a
deposit. Well, he was more than happy to do that, so I waited while he
opened the new digicam box and got out everything and charged the
battery.

My gf called me at this point and I told her what I was up to, and
she said it’s already raining at her place (the photos won’t turn out
well if it rains). I went out and sure enough, dark skies abound. I
went back and told the camera guy that I needed it now, so forget about
charging the battery. He said that it wouldn’t last all that long,
since it has only had been charging for about 3 minutes, but I said
it’s okay, since I’m in a hurry. Well, off I ran and upon startup, it
was already showing the low battery indicator so I ran around, hoping
to get a shot of everything before the battery ran out – and I did. 🙂

Anyway, I’m sorry about the quality of the photos, I noticed that
the quality setting was at the default (Low) but the battery was so
drained I didn’t want to risk changing the settings instead of taking
more shots and having it die on me halfway. Anyway, the Nikon Coolpix
3500 seems okay, I like the way the lens fold out. I ran all over the
town square, taking photos until the “Battery Exhausted!” warning came
out. After that, I went back to the dealer, paid him RM 10, got my RM
100 and digicam back and he packaged the digicam back into the box,
probably to sell to another person. *shrug*

Well, I got home later and then thought of something – how was I
going to get the photos out of the CF Card? Windows won’t detect the CF
Card unless the digicam is on, and my digicam is broken (couldn’t even
turn it on). So off I went to the Fujifilm Imagng Center near my place
to get the photos burnt to a CD-R, which cost RM 6. I should have
bought a CF Card reader instead, since it was only RM 45, but I reckon
I don’t need one since it’s just a one time thing. So there you go,
photos from yesterday. 🙂 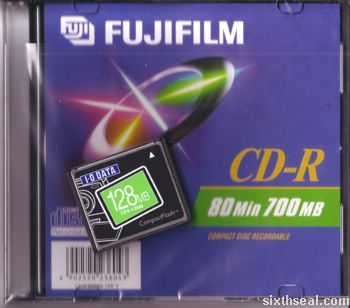